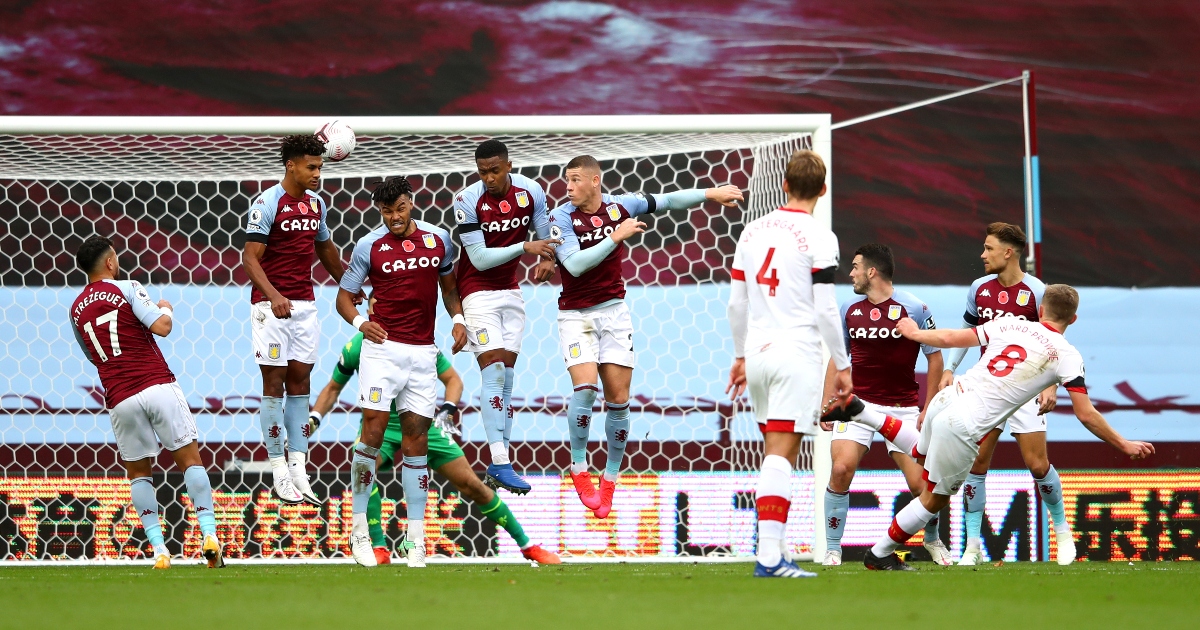 The Athletic journalist Gregg Evans has revealed why Aston Villa did not sign a central midfielder this summer.

Villa signed Leon Bailey from Bayer Leverkusen, Danny Ings from Southampton, Emiliano Buendia from Norwich City as well as Ashley Young on a free transfer and Axel Tuanzebe on loan from Manchester United.

However, a centre-midfielder alluded them in the summer transfer window.

The Villans were heavily linked with Southampton captain James Ward-Prowse, having a ‘derisory’ bid rejected for the player in July.

Villa remained keen on the England international, but he penned a new five-year contract later on in the summer to put an end to their interest.

And Evans has explained why the Premier League club did not seek an alternative for Ward-Prowse.

“If they could find a player, i.e. Ward-Prowse, who they thought would come in and significantly improve the midfield, they would have done that,” he told the 1874 podcast.

“It wasn’t a case of ‘let’s just get anybody in’ – the case of Borja Baston a couple of seasons ago, just a filler, just to fill a space; Tom Carroll, for example, you know, there’s endless examples.

“Villa didn’t need just a man to fill the numbers. They wanted somebody who could come in and significantly improve the team. Ward-Prowse was the option, they couldn’t get him.”

Dean Smith isn’t short of options in midfield, however.

Youngster Carney Chukwuemeka started Villa’s last Premier League game as well, so it is understandable that they didn’t bring someone in that wouldn’t vastly improve the first team.

The Villans were linked with Liverpool midfielder Curtis Jones, but did not get a deal done before the transfer deadline.