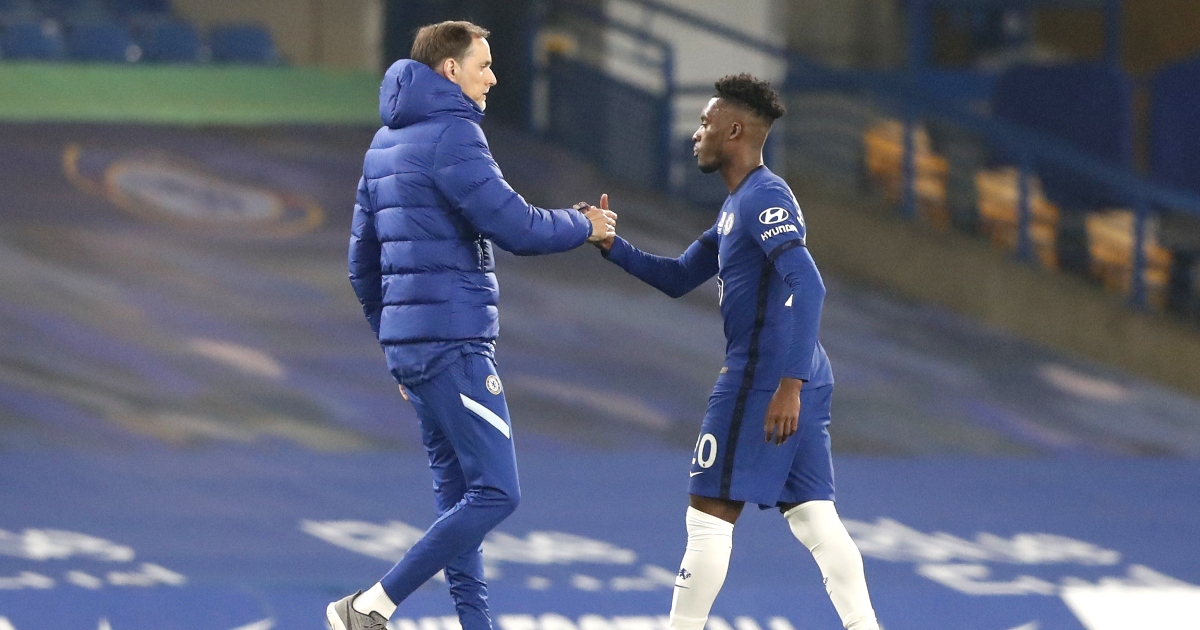 Bundesliga giants Borussia Dortmund were rumoured to be interested in signing the young winger in the summer transfer window, but couldn’t get a deal done.

Tuchel used him regularly following his arrival in January, although the 20-year-old spent more time on the bench towards the end of 2020/21.

Numerous Premier League clubs were also linked with the player, including Leicester City.

However, the Blues were not interested in letting Hudson-Odoi leave on a temporary or permanent basis.

When asked about keeping the youngster in his squad, Tuchel said: “It was a very easy decision for me, we cannot let the player go who is in an 18, 19 man squad. Simply impossible.

“He is able to play as a right wing-back, left wing-back, he can play in these extra positions, he knows the group and we know him very well.

“For him personally it would maybe have been a very good opportunity but for us it was simply impossible.”

The German also praised Hudson-Odoi’s level in training, challenging him to replicate it in match action.

“I see a stronger, stronger Callum every day in training, overcome the gap between training and playing,” he said.

“And now he needs to show that in matches. If he gets minutes it’s never a gift. Nobody gets gifts.

“I know it’s not his favourite position but I think he can play this position and serve the team very well.

“He needs to overcome this gap between training and playing, to fight for his place in this team.”

Chelsea continued their impressive start to the season on Saturday, defeating Aston Villa 3-0 at Stamford Bridge.

Romelu Lukaku scored a brace on the day, and Mateo Kovacic chipped in with a goal and an assist himself.

The Blues had to work for their win, appearing ring rusty in some areas after the international break.