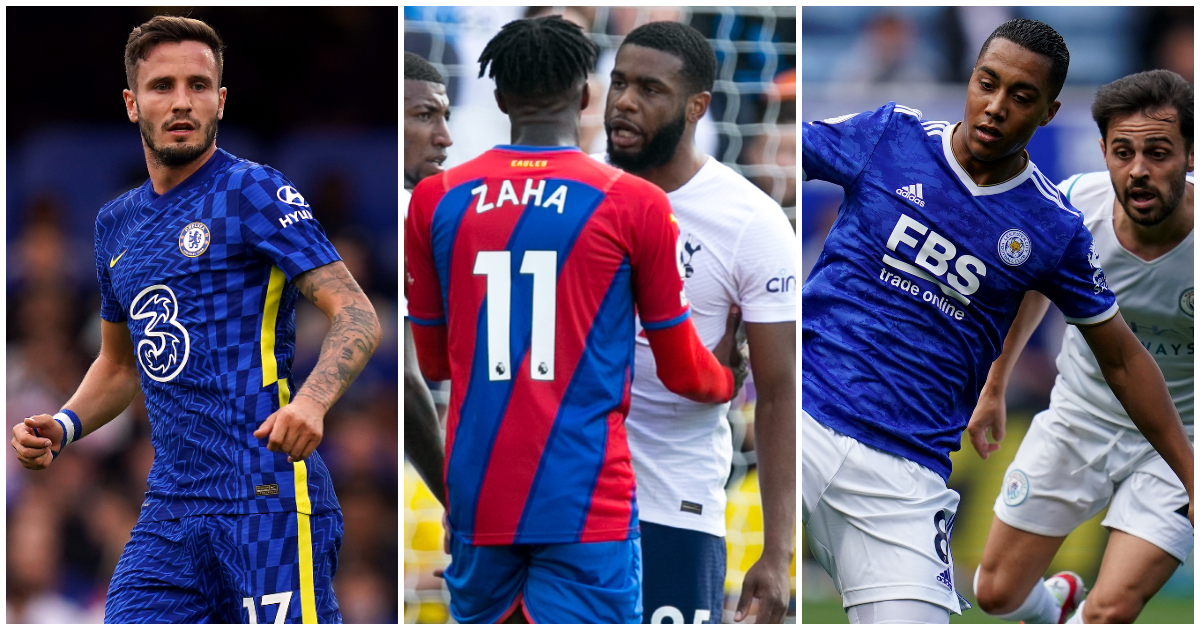 Newcastle’s keeper, Chelsea’s debutant and an England centre-back all feature in the weekend’s worst-performing XI…

For some in the Premier League, it was a matchday to forget. Here’s the worst XI according to Whoscored ratings…

Freddie Woodman (Newcastle United)
Cristiano Ronaldo hardly needs a helping hand, but the Newcastle keeper gave him two. Ronaldo’s first goal came after Woodman spilled a Mason Greenwood shot – it took a deflection but his body shape was still horribly wrong – and the returning Man Utd hero’s second, after Newcastle had clawed their way back to parity, seemed to go straight through the stand-in stopper. Two costly errors at crucial times give Woodman the lowest rating of the weekend with 4.5.

Japhet Tanganga (Tottenham Hotspur)
The Spurs defender’s running battle with Wilfried Zaha was shaping up to be a doozy, especially after an achingly dull first half at Selhurst Park. But while the fall-out continued from his shove on the Palace winger that earned him the most blatant booking of the weekend, just five minutes later, Tanganga chased his own ropey touch by lunging in on Jordan Ayew to pick up the second-most blatant booking of the weekend. Nuno summoned Ben Davies from the bench to fill the Tanganga-shaped hole in his back four but he fared little better. Both were given a rating of 5.4.

Tyrone Mings (Aston Villa)
Cutting out the daft mistakes would certainly further Mings’ case if he wants to become an England regular. Another one at Chelsea allowed Mateo Kovacic to kill off any hopes of a Villa comeback at Chelsea, despite a decent performance from the visitors, and earned Mings a lowly 4.8.

Isaac Hayden (Newcastle United)
To be fair to the Newcastle midfielder, he was playing out of position as one of Newcastle’s three centre-backs but, boy, did it show. Hayden lost the only duel he competed, made no tackles and only one interception. Of the six long balls he attempted, only one found a team-mate. Some mitigation for a 5.5 performance: the midfielder has just returned from a knee injury. But still…

Francisco Sierralta (Watford)
Chile wanted Sierralta to sit out Watford’s clash with Wolves on Saturday given he swerved international duty. After the centre-back headed past his own keeper to give Wolves a precious lead, Xisco Munoz presumably wished FIFA hadn’t backed down. Daft own-goal aside – if we can analyse any defender’s performance in such context – Sierralta wasn’t too bad. But it was a terribly timed intervention and one that prompted a rating of 5.8.

Matt Targett (Aston Villa)
Mings wasn’t the only member of Villa’s back four to struggle at Chelsea. Axel Tuanzebe was at fault for Romelu Lukaku’s opener, while Targett’s iffy form this season, which started with a half-time hook at Watford on the opening day, continued with a 5.8 at Stamford Bridge.

Stuart Dallas (Leeds United)
“On the whole it was a difficult afternoon for us,” said Dallas after Liverpool outclassed Leeds. Dallas struggled more than most as Liverpool played through the hosts’ midfield however they wished. The Cookstown Cafu finished the game with a rating of 5.9 and the lowest passing accuracy of any player other than Diego Llorente, who came off injured after half an hour.

Saul Niguez (Chelsea)
Definitely one of the Premier League’s losers on his Chelsea debut. Thomas Tuchel didn’t waste any time in hooking his new signing after 45 minutes during which Saul was dispossessed three times, completed none of the four long passes he attempted, and was dominated by John McGinn.

Youri Tielemans (Leicester City)
The talk over the last week has been of interest from Manchester United, Real Madrid and Barcelona in Tielemans, but the Leicester midfielder will be hoping the scouts were otherwise engaged this weekend while he struggled to get a foothold against Manchester City. No shots, no key passes, no dribbles and no interceptions mean the Belgium midfielder finished with a 5.6.

Michail Antonio (West Ham)
No doubt just to spite us here at F365 after this gushing tribute by John Nicholson was published shortly before kick-off at Southampton, the West Ham striker endured an afternoon to forget. Before he received a 94th-minute red card, Antonio finished with the fewest touches of any Hammer; the lowest passing accuracy; no aerial duels won; and five instances of of poor control. All of which makes him lucky to get 4.9.

Danny Ings (Aston Villa)
Ollie Watkins perhaps lacked the necessary sharpness to finish any of the six shots he attempted for Villa at Chelsea, but Ings was simply a passenger, one Dean Smith could not carry for any more than 68 minutes. Rating 5.8, Ings gave the ball away with every other pass he attempted, managing only 14 touches before being put out of his misery.