This article was produced in association with Paddy Power as part of our coverage ahead of the Champions League final. Paddy Power are offering customers money back as a free bet if Sadio Mane scores in 90 minutes in Madrid.

Long ago, in what was really now a different era, European football was more scarce. With the exception of finals, the pre-internet British broadcasting lens would remain trained on the native challenger for a tournament’s duration without ever losing that focused perspective. Perhaps the dangerous sides were still mentioned and maybe lists of top goalscorers still appeared in on screen graphics, but who can remember?

It created investment. Not original, but still true: most of us latched on to whichever side was carrying the flag. Leeds United, Rangers, Blackburn, Manchester United. That Paul Furlong-John Spencer Chelsea team, who played in the orange-and-grey kit. Where tribal loyalties allowed, this was a single-season support which, compelled by the privilege of free-to-air football, would allow neutrals to tag along for the ride.

That’s no longer the case and it’s not, as is sometimes claimed, because the game has become any more fierce. Instead, it’s because there’s no longer any real obligation about it. Missing a night’s football no longer comes with any disadvantage or regret and, where the European competitions are concerned, the broadcasting perspective is broad in a previously unimaginable way.

Broad, but predictable. The modern Champions League has become increasingly banal. Since 2013, no side from outside Spain has lifted the trophy and, of course, the two sides accounting for that dominance featured the two omnipotent players of this and perhaps any other era. Consequently, the tournament has been rich in style but poor in heart, with its outcome seemingly pre-determined at times: the same clubs progressed from their groups and, once the knockout stages were over, the same group of players were seen celebrating with the cup at the end.

British solidarity became redundant a long time ago. It dissipated further with every league place admitted, but nothing has really grown instead. The touchstones are few and far between, with the duopoly era giving the tournament an emotional sterility.

It’s strange, because long-term domination is more of a league characteristic than a feature of knockout football. Prior to Real Madrid completing their double in 2017, no side had retained the European Cup since Nottingham Forest in 1980. Its formative decades may have routinely rewarded dynastic teams, but prior to 2013 its latter stages nearly always featured a side who had emerged from the general pack.

Those teams weren’t underdogs – Chelsea, Arsenal, Inter Milan and Borussia Dortmund are nobody’s minnows – but their progress attracted an intrigue and investment that has been fairly scarce in the years since. Think of the Lyon side that nobody used to want to play in the Stade de Gerland, or the Juan Riquelme Villarreal team that came within touching distance of the final. They were gifts to the neutral, teams who carried hope when the big beasts left you cold, and they’ve gradually, because of a raft of financial disparities, been marginalised.

Monaco played that part briefly, burning brightly and briefly in 2017. But the speed with which they disappeared and the haste with which their assets were snatched away just added to the growing ennui. Eventually they ran into the jaws of the Juventus killing machine, who themselves fell prey to an apex predator in the Cardiff final. In went the goals, off came Cristiano Ronaldo’s shirt, there was Sergio Ramos biting his medal; so far, so familiar.

But the 2018-19 Champions League has been a wonderful antidote. Referring to it as the finest edition of the tournament is a bold and highly subjective claim, almost certainly instructed by raging recency bias, but it has stirred senses that its predecessors never came close to touching.

The final speaks for itself. Liverpool and Tottenham have both taken circuitous routes to get there and each was in imminent danger of group-stage elimination at one point. While Jurgen Klopp is managing a very gifted side, with their power proven by their domestic form, the cast of characters who have taken them to Madrid is hardly a who’s who of the elite. Mo Salah, Sadio Mane and Roberto Firmino have all been their usual selves, Virgil van Dijk has obviously been terrific, but Divock Origi and Georginio Wijnaldum didn’t appear in any of the promotional posters before the competition began. Yet Origi is now the 11/2 fifth favourite with Paddy Power to open the scoring. In the Champions League final FFS. 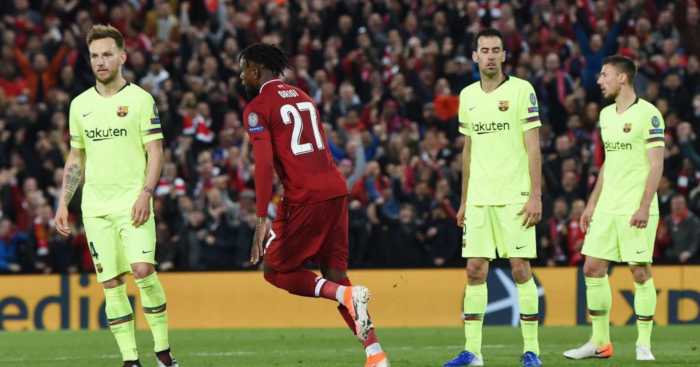 And Tottenham. Two days ago, Graeme Souness prodded a few nerves in north London, claiming that Spurs, having lost so many games this year, should be nowhere a European Cup final. He’s right, actually, but he’s wrong to present it as a negative. Theirs was the classic survive-and-advance tournament story, the traditional arc. Mauricio Pochettino’s battered, bruised (and flawed) squad did just enough to avoid elimination each time and somehow – in the years to come their fans will still be wondering how – they find themselves in sight of club football’s summit.

These are stories of resonance. It helped, of course, that both semi-final second legs were more passion plays than football matches, but their progress has been enlivening and their final, by virtue of never having been played in this competition before, is all the richer as a result.

Tottenham are 6/4 with Paddy Power to lift the Champions League this weekend. New customers get a £10 risk-free first bet with their money back in cash if it loses.

It would be hugely revisionist – and wrong – to claim that this has been a year of shocks. The group stage, after all, was a procession for almost every seeded club. But that won’t be what anyone remembers. Instead, it will be the year when instead of that familiar Ronaldo header or that quick, lethal dose of Leo Messi brilliance, the world saw opportunistic corners settle ties, an ageing Fernando Llorente taking over a game with sheer force of will, and the gilded favourites tripping over their own feet again and again and again. 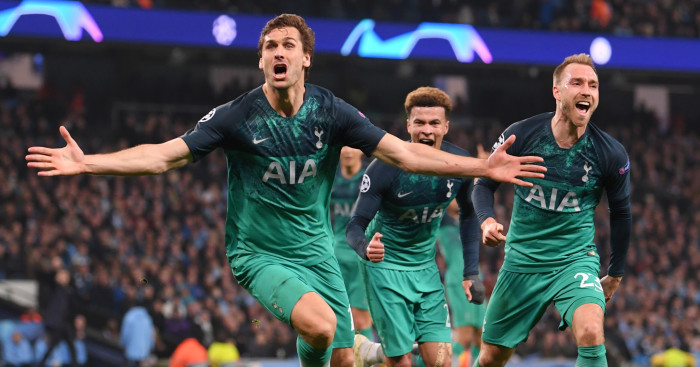 In fact, the latter rounds can be described perfectly by that video of a pouting Neymar, dripping in jewellery, watching in a sulk as Paris Saint-Germain were eliminated by Manchester United. That was when Ole Gunnar Solskjaer was more mascot than coach, when United turned to a bench of nobodies in desperation, and when they still knocked over one of the continent’s little empires. Really, there’s nothing like watching someone being booted out of what they assume is their own personal fiefdom.

And there’s nothing quite like watching Real Madrid lose. It’s a great shame that Ajax are not in the final, because they provided the competition’s biggest jolt of vitamin B. Erik ten Hag’s side were a technical match for anybody in Europe, but the slashing style with which they won in the Bernabeu was enough to make even the most hardened of cynics weep. Their performance in Turin, especially that thirty minutes after half-time when they toyed with Juventus, was bold enough to be cathartic to anyone watching. Underdogs don’t play like that anymore; they curl up behind the ball, just hoping to preserve their dignity.

Ajax didn’t. They moved and jabbed, lighting up Juve with punches to the body and jaw. That game was a brazen contradiction of every established truism which exists about the Champions League and it – the spectacle, the entertainment, the resulting schadenfreude – was glorious.

Is this the best Champions League tournament of the last three decades? Who knows – debate that amongst yourselves. But within the broader picture, with the context of those dark, self-serving plots occurring in big club boardrooms and UEFA corridors – it felt like a joyous rebellion. This was the competition that we haven’t seen for a decade and which everyone with a bruised ego wants to prevent from ever happening again.