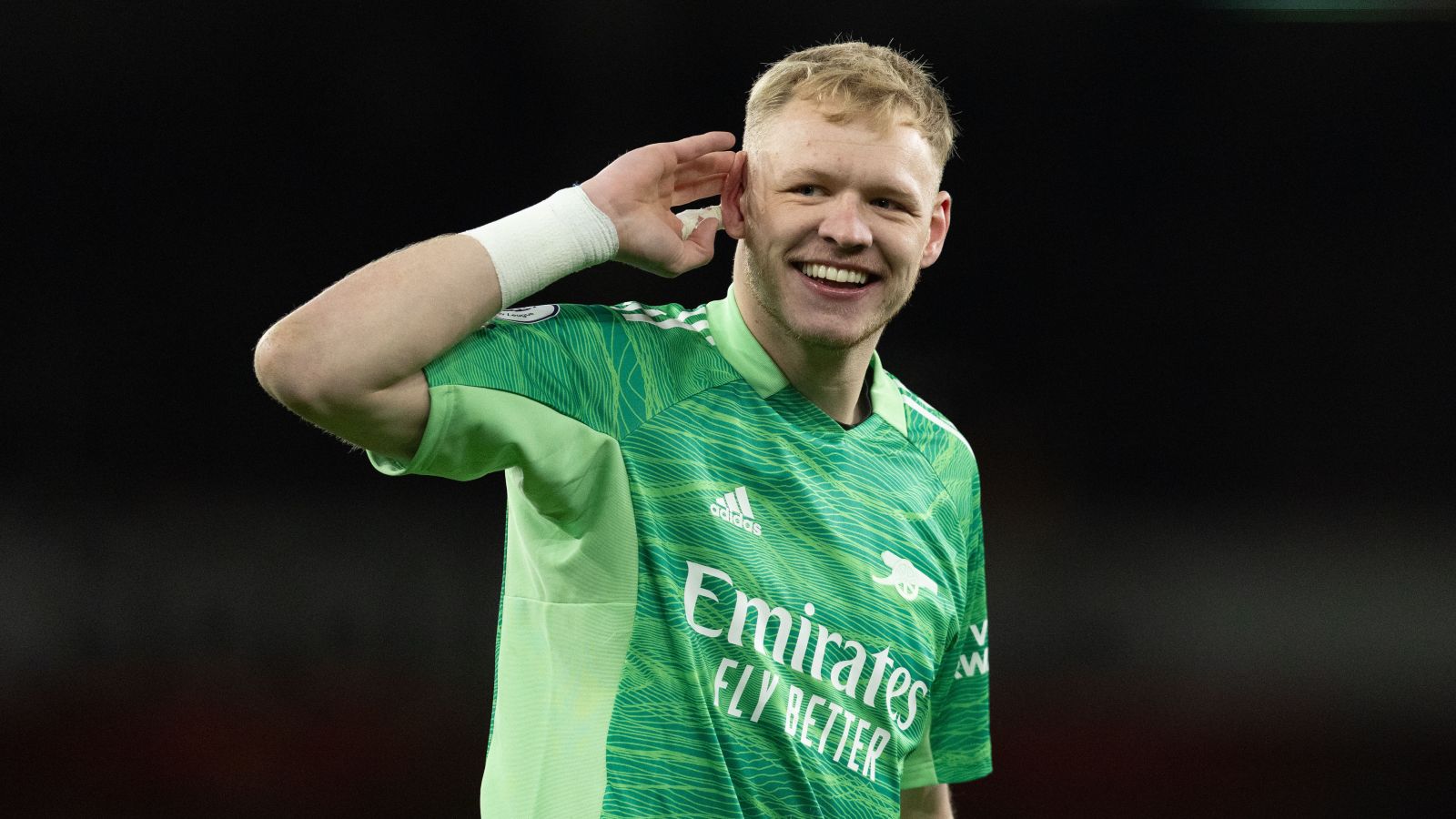 It’s a throwaway line to say that goalkeepers must be a different breed. They get to dress differently. They can use their hands. Attention seekers. Even straight man Hugo Lloris is toying with eccentricity, what with his length-of-the-pitch celebrations and wandering around the box as if he’s lost his wallet. Here are some of the current crop that are ever so slightly bonkers…

Ben Foster
When Covid stopped football way back in March 2020, chirpy Ben Foster decided to set up a YouTube channel called ‘The Cycling GK’ which merged his football passion with his bike pursuits. Foster’s enthusiasm is child-like, like a boy-man who has seen a bouncy castle for the first time. ‘Infectious’ might be pushing it as some of his colleagues look as if they may want to just hush him up; Claudio Ranieri called Foster a ‘great actor’. That’s one way of describing his broadcasting style.

Jordan Pickford
We are not advocating any kind of aggression after Will Smith’s disorderly Oscar performance, but there’s a case for Pickford to be forcibly restrained from his full repertoire. The Everton and England keeper is like one of those Dreamworks cartoon characters whose every mannerism looks exaggerated. The gurning, the shouting, the mouthing and the Kung Fu fighting are just the start. Then there are the dives to balls that are going way wide or over. Gareth Southgate gets the relatively sedated version whereas Goodison brings out his Gotham City side.

Aaron Ramsdale
Ramsdale must have starred in some Hovis advert in a previous life because his gestures, every roll to the ground, points to some mastery of method acting. It’s a ‘look at me’ vibe with bells and whistles and a brass band. He tends to go a bit quiet during Liverpool defeats (see Jota, Diogo). However, nothing will stop the effervescence bubbling back up to the surface. It was recently revealed that Ramsdale takes on the role of DJ after victories to play the Emirates fan favourite to the tune of Status Quo’s Rockin’ All Over the World. Fun fact, eh.

In the words of @1kevincampbell

“Aaron Ramsdale can be captain, but goalkeepers are crazy. They’re all mad. And he’s another one. He’s crazy! He’s a great goalkeeper but he’s mad. He loves when the opposition fans are giving him stick”

Pepe Reina
The former Liverpool man went on loan to Aston Villa to ‘help’ them escape relegation by the skin of their teeth in 2020. What transpired was a keeper well past his prime who occasionally lost his goalkeeping sat-nav. Even the man with no pulse, Sven-Goran Eriksson, called Reina’s mad dash to intercept Harvey Barnes “an incredible mistake”. He’s got rhythm but might have lost the dressing room by this time…

Kepa
Kepa has always had a little bit of the devil in him. Think back to the EFL Cup final against Manchester City after he staged a one-man protest and then shot himself in the foot by not saving Sergio Aguero’s peashooter. The Spaniard’s latest attempt to be the sledger- in-chief came at Wembley again a month ago when Mo Salah, Virgil van Dijk et al ignored his attempts to play the big man. Jamie Redknapp blasted: “Ridiculous. I didn’t like his behaviour when the penalties were about to be taken and then he takes one of the worst penalties you’ll ever see. I don’t understand it.” Radio Ga Ga, Jamie. They all are, them keepers.

Emiliano Martinez
In the win over Manchester United at Old Trafford in September, the Argentinian waltzed up to Cristiano Ronaldo as if to query why the Portuguese wasn’t taking the injury-time spot-kick that could have salvaged a point for the home side. The shenanigans had the desired effect as Bruno Fernandes blazed his penalty over. Martinez then did a little jig in front of the United fans behind his goal. They loved that. When the teams met again at Villa Park, the keeper made a howler to let in a Fernandes shot but went AWOL into the arms of fans as Villa came back from two down….he’s on heat.

Kasper Schmeichel
Maybe it’s the stress of knowing Leicester cannot get their head on anything that comes into their penalty area, but Kasper is steaming mad in his dotage. He made a formal complaint about Alexander Lacazette’s stuttered run-up for the penalty in Arsenal’s 2-0 win over the Foxes. In December, he even moaned that the new Premier League match ball was rubbish: “It’s a moody ball because it doesn’t do what you want it to do. Particularly when you try to hit hard, it won’t really work.” After the FA Cup win over Chelsea last year, former Leicester stalwart Andy King said: “If he concedes one goal in training he will go absolutely mental.” Indeed.

Joe Hart
The Celtic keeper has been a lost soul ever since Pep decided he didn’t fancy him at City in 2016. To be fair to the Spaniard, this de-selection coincided with another international tournament where our Joe made zero big saves.

Hart does not stop talking. It’s like a stream of consciousness activated by a monster energy drink. The man has resilience in spades though, especially after Nuno Espirito Santo stuck the boot in by claiming: “The ball’s too quick for you, you’re too old, you’re not moving, you’ve got no strength in your body.” When he was a bit younger, Hart used to contort his face in the tunnel, chew gum more furiously than Sir Alex Ferguson and shout obscenities to get himself ‘up for it’.

Adrian
Now that Liverpool have found a proper number two, Reds fans can come out from behind the sofa and remember that, on occasion, Adrian wasn’t half bad when he wasn’t shouting at fresh air, falling over against Atletico or shovelling the ball into the net against Chelsea. Even madder – and no less amusing -was that performance in the 7-2 roasting at Villa Park when he literally went off for a jog while the ball was smacking the bar. Quite the weirdest thing.

📉 After conceding seven times, committing an error for Aston Villa’s opener, Adrian garnered a WS rating of just 3.81 this evening – the lowest in a PL game this season

👀 Alisson is also set to miss the Merseyside derby after the international break pic.twitter.com/WifCkVYp5Y

Jose Sa
Jose Sa has certainly made an impression between the sticks for Wolves this season as only Chelsea, Liverpool and Manchester City have conceded fewer goals than the Portuguese. It helps that Sa already looks like a mad sailor who lives on Captain Morgan.

Conor Coady says he’s a bit barking, so it must be true. “He’s a character, a proper character,” the defender laughed. “As you probably know most keepers are, they’re all a bit mad aren’t they, they’re all a bit weird keepers, to be honest with you. He’s proper different believe me, he’s a huge character.” Okay. Conor. We get the picture. He’s a card.