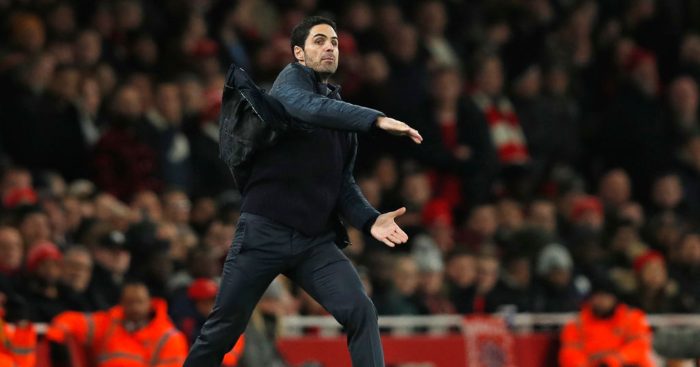 Arsenal boss Mikel Arteta will only be allowed to complete deals for loan signings in the January transfer window, according to reports.

The Gunners brought in Nicolas Pepe, William Saliba, Kieran Tierney, David Luiz and Gabriel Martinelli on permanent transfers in the summer at a total outlay in excess of £130m.

Arteta was recently appointed as Arsenal’s new manager after Unai Emery was sacked following a disappointing run of results.

There have been promising signs under Arteta so far and fans may have expected the club to put their hand in their pocket as the Spaniard looks to make his time at Arsenal a success.

However, Goal claim that it is ‘unlikely’ Arsenal will make any permanent transfers in January due to the club’s huge outlay in the summer.

‘One or two loan additions’ is more likely ‘unless an opportunity presents itself that is too good to turn down’.

A centre-back is understood to be high up their list of targets this month with the likes of Jerome Boateng, Dayot Upamecano, Nathan Ake and Daniele Rugani all linked.