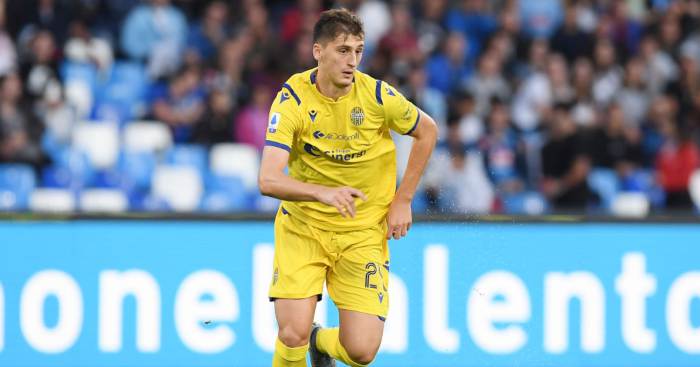 Napoli have made a bid for Hellas Verona defender Marash Kumbulla who has been attracting interest from Manchester United, according to reports in Italy.

The Red Devils are looking for reinforcements in the January transfer window with a striker understood to be top of their priority list.

Ole Gunnar Solskjaer said recently that he has the “backing” of United’s board but there is also a possibility that they won’t do anything if they can’t find the right deals.

And the latest name to be linked is Kumbulla, who has played 11 of Verona’s 17 matches in Serie A so far this term, and makes up part of the fifth-best defence in the Italian top-flight.

Italian outlet Tuttomercatoweb (via Sport Witness) claims that Kumbulla’s ‘excellent defensive performances’ have ‘drawn the attention’ from Man Utd as well as a number of other clubs.

Atalanta, Inter Milan and Napoli and German side Red Bull Leipzig are all mentioned as having a possible interest in the Albanian.

And it is fellow Serie A side Napoli who are ‘clearly ahead’ in the race for the Verona centre-back and have made a bid of €15m plus bonuses.

Ideally, Verona would like to keep the 19-year-old until the end of the season and will be looking to spark an ‘auction’ considering all the interest.