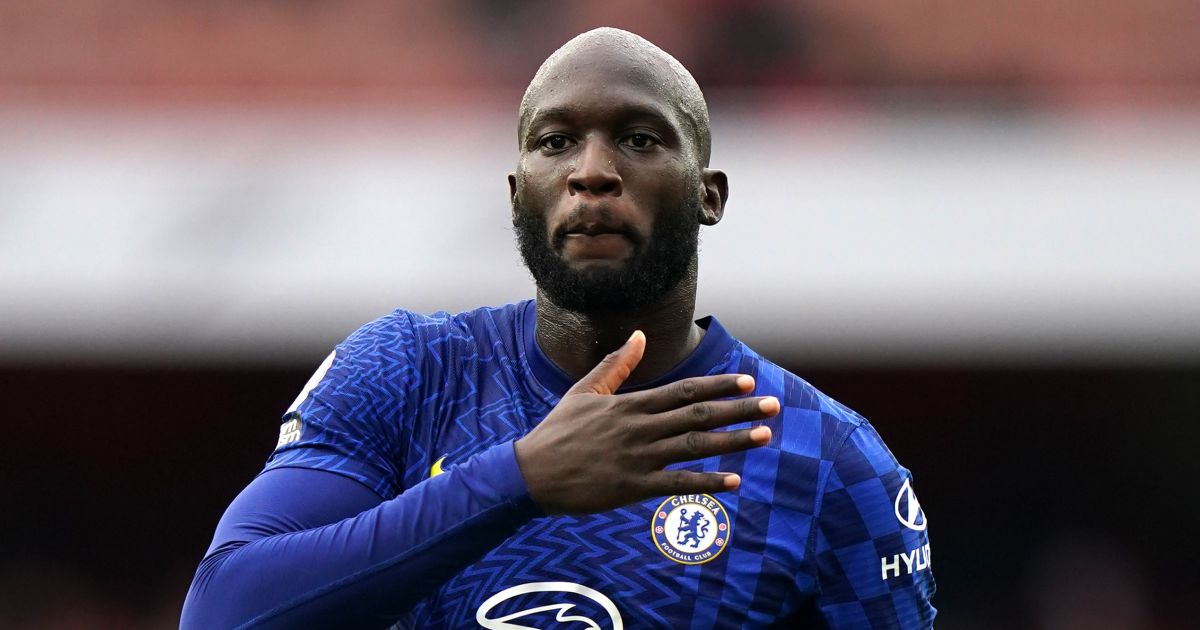 A great afternoon for Romelu Lukaku and Chelsea, but for Mikel Arteta and Arsenal things look mighty bleak already…

1. It obviously isn’t always going to be this easy, opponents won’t always play quite so guilelessly and willingly into their hands, but it’s also already really quite striking the extent to which Romelu Lukaku has shown precisely what he will bring to Chelsea and just how much of a difference that is going to make in elevating an already very good team (European champions!) to a higher level.

Better teams than Arsenal will be embarrassed like this. If anyone was in any doubt about Chelsea’s title-challenger status, those doubts should now be gone. Manchester City have already lost, deservedly, at Spurs. Manchester United have already drawn, deservedly, at Southampton. There is no side that looks demonstrably and discernibly superior to this Chelsea one right now.

2. That first Lukaku goal on his second Chelsea debut was so important. First, because it’s always handy for a £100m striker to score at the earliest possible opportunity. Bonus points for it being in a derby game, too. But most importantly because it’s the precise goal that he will score about 20 times this season and the one that no other Chelsea player could reliably produce. Lukaku used both his strength and intelligence in the build-up, holding the ball up and releasing at just the right time, then absolutely bullied Pablo Mari while timing his run to perfection as Reece James took advantage of the freedom of the Emirates to pick out the cross.

The finish was a formality, but everything Lukaku and Chelsea did to get there and make it so was exemplary. Daniel Storey must feel like a proud father.

3. Another note on Lukaku, because he really was the game’s defining figure by a quite laughable margin. And that fact is only made more remarkable by the fact his first-half performance that carried seemingly endless menace and created constant mayhem comprised a total of 13 touches. Four of those came in the build-up and climax of the opening goal. He could have scored a couple more. He was involved in the second goal. Enormous bang for the buck.

4. The second goal was a tale of two left-hand sides. Chelsea’s did beautiful work, with Kai Havertz somehow digging out an outrageous pass at a physics-defying angle to set Marcos Alonso away. As the play spread across the pitch, it became about Arsenal’s left-hand side. This was… less beautiful work.

5. Reece James’ finish was stunning to cap a stellar first half for the marauding Chelsea right-back, but he literally had a quarter of the Emirates pitch to himself when the ball was played to him. If he was in the proverbial acres of space for the opening goal then this was next level. In the immortal words of Big Ron, James had gone empty. With Kieran Tierney feeling obliged to shuffle across to help out a pair of centre-backs having an absolutely horrible time, Arsenal were doomed.

Easy to say now, but they should probably have gone to a back five straight after the first goal. Just take your medicine. The James overload was always going to happen again given how haplessly stretched Arsenal looked defensively with a four, and it was always going to have the same result.

6. This was perhaps the most damning element of the afternoon for Mikel Arteta, who must now be under huge pressure. There is no shame in being outplayed or beaten by this Chelsea side, because they were and are very good indeed. Arteta could point to the Covid cases hitting his squad, and to the players he had to cope without.

But that doesn’t excuse sending his side out as lambs to the slaughter. To be so open to that overload from Chelsea’s right-hand side for the opening goal was bad enough. To do nothing at all to even attempt to remedy it until falling victim to it for a second time 20 minutes later is close to unforgivable. Both looked like goals conceded by a team that is down to 10 men, so much space were Chelsea able to open up with so little apparent effort. A slick pass here, a clever run there and BANG. In again.

Arteta is very big on his grand vision. On his process. On how and what he wants his Arsenal side to be. But he’s lost any semblance of the pragmatism that enabled him to set up sides to beat Chelsea and City in that FA Cup win that is surely now the only reason he remains in position.

Arsenal are simply not currently at a level where they can decide how they want to play against this calibre of opposition. They have to adapt to the realities in front of them, and fast. Otherwise Arteta will never get the chance to get anywhere near the end of his process at Arsenal or anywhere else. This is going to be a crisis very soon if it isn’t already, and they’ve got Manchester City next week.
Arteta’s Arsenal aren’t just currently way below any of the other ‘so-called’ ‘Big’ ‘Six’. They’re obviously way below the level of Leicester. They’ve got work to do to prove they are on the same level as your West Hams, your Evertons and even the Brighton & Hove Albions of this world.

7. Even the advertising hoardings were against Arsenal, with one in Chelsea blue and yellow reading THE PITCH IS OURS. It certainly was.

8. There were the very tiniest signs of life for Arsenal in the pouring rain after half-time. They were better – or at least slightly less bad – in the second half. Rob Holding should probably have scored from well-worked corner. Pierre-Emerick Aubameyang came on for Saka and immediately drilled a shot at Edouard Mendy, who then had to be alert to come charging out of his box to prevent Aubameyang’s perfectly timed run connecting with a throughball.

But these are crumbs. That they are even worthy of mention shows how far Arsenal have fallen and how far they were from competing with a team they would have long considered equals. Arsenal are not anywhere near ‘fear for (you really do)’ territory yet – they’re still very much ‘they’ll be fine’ – but there is now an unshakeable feeling that this gets worse before it gets better.

9. Two on the face of it insignificant moments that summed Arsenal up, that showed a side not just losing to a superior opponent but seemingly struggling even to really care. There was Bernd Leno’s visible frustration that nobody was bothered about getting up the pitch to allow him to launch them on a counter attack and the total lack of appeals for a foul on Mari after the first goal. It wasn’t a foul, but you’d expect a team that was really invested in the game or expected to get anything out of it to at least make their case. It’s like Arsenal expected that goal every bit as much as Lukaku did.

10. The highlight of the game from an Arsenal perspective was a superb Leno save to deny Lukaku a second. And on this occasion that really isn’t to damn with faint praise. It was a moment of genuine high class from an Arsenal player. Leno did remarkably well just to get a glove on Lukaku’s powerful close-range header. To get a strong enough hand to divert the ball on to the bar was extraordinary, and from Leno’s own perspective a particularly well-timed one given Aaron Ramsdale was on the bench.

11. On the subject of Arsenal keepers, would it be far too much of a reach to point out that only at a club with widespread and deep-rooted issues would the goalkeepers be wearing the outfield away shirt for a Premier League game? Almost certainly yes. Am I about to let that stop me? Absolutely not.

While fretting about what your neighbours are doing is irredeemably small time and beneath a club of Arsenal’s stature even in these straitened times, it must surely be the greatest of all worries for the fans right now that while Spurs are winning games in the greatest away kit of all time, the Gunners are shambling around with goalkeepers wearing outfield gear. I assume so, anyway. It’s what would be bothering me.

12. Arsenal’s one possible grumble may come from the penalty they weren’t given in the first half. Whether the chance to cut the deficit to 2-1 would even have been taken isn’t the point, and whether all it would have achieved is to coax Chelsea out of second gear is also moot.

You’re going to see a lot of clumsy defending like this coming together between James and Saka go unpunished this season and it’s going to annoy a lot of people. There has been a clear move towards chilling VAR the f*** out, and it’s undoubtedly in general going to be for the best. The bar for overturning the on-field decision has been raised, but the result of that is going to be the sort of inconsistency that people have, rightly or wrongly, been complaining is the one thing they don’t want. The inherent subjectivity involved in the move towards deciding what is and isn’t sufficient contact to merit a spot kick is only going to be enhanced by a less interventionist VAR. And comparisons will inevitably follow. Arsenal’s non-awarded penalty here certainly looked more of a penalty than the one awarded to and scored by Dele Alli across the country a couple of hours earlier.

13. Reece James had a fantastic game and it’s just to be hoped he remembers it. The sight of him being allowed to just run straight back on to the pitch after being clearly and understandably rattled by a heavy blow to the head was deeply concerning. It shouldn’t matter that the game was won by then, but it does make it even worse not to just get him out of there now concussion substitutes are a thing. Football still seems to be some way behind on this and it needs to change.

14. This was, statistically, a damningly one-sided football match. Arsenal’s xG was registered as low as 0.05 in places. Arsenal’s entire starting XI managed one more attempt on goal than Chelsea’s right-back and one more key pass than Chelsea’s left-back.

On a personal note, I can’t believe I was suckered in by Arsenal’s performances in the second half of last season once the pressure was off and thought they might actually be okay this time around. When will I learn?

15. It really is great to have fans back, isn’t it? How we’ve missed shots like this one.

I love a good crowd reaction photo, and this is an absolute belter. pic.twitter.com/Y1GVZJKVgt

16. Should we even really still be doing 16 Conclusions on Arsenal games? We’re creatures of habit who fear change, but still.