Jones isn't happy with a winner in the Merseyside derby, he wants more. 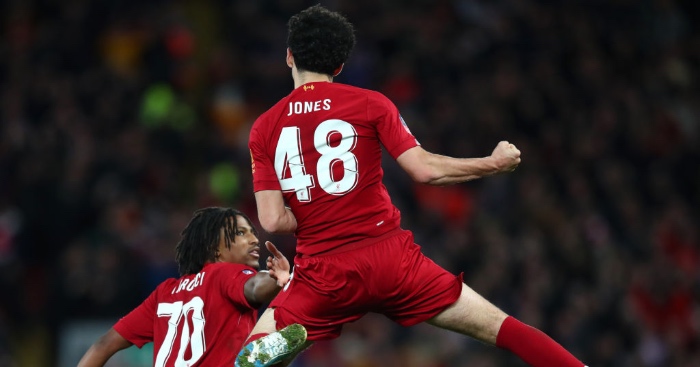 Liverpool starlet Curtis Jones isn’t happy despite his stunning winner in the Reds’ 1-0 victory over Everton in the FA Cup, as he wants more time on the pitch.

Jones curled his right-footed shot beautifully past Jordan Pickford into the top corner in a brilliant display from him and the rest of the young Liverpool team.

Everton had the better of the first half but were unable to capitalise on a number of good chances, and were made to pay in the second period as the Reds’ youngsters swarmed all over them.

Jones was asked whether that was his most memorable moment in his short Liverpool career.

He told BBC One: “I just go out there and try and play my game.

“I’ve been basically begging to come on but hopefully I’ve topped it off with a good goal.

“I can’t sum up my emotions. For me it’s huge just being around this team every day and learning from this group of players. There are world-class players all over this team but I think I went out and showed what I could do on the pitch.”