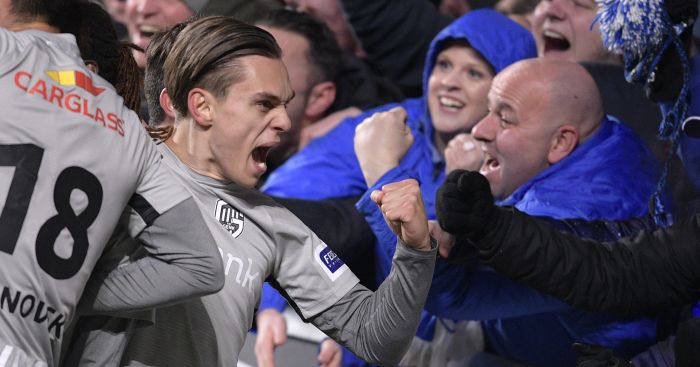 Leandro Trossard is reportedly keen on a move to Arsenal with Unai Emery making him one of his top summer targets.

Emery wants a left-back, a centre-half and a winger in the summer transfer market with some of his January business not coming to fruition.

Efforts to land a winger during January ultimately fell short, with Arsenal making late bids to bring both Yannick Carrasco and Ivan Perisic to north London.

The club have also watched RB Leipzig’s Ibrahima Konate on numerous occasions as they look to plug their defensive shortcomings, while wingers Nicolas Pepe and Yacine Brahimihave both come under the radar as potential summer recruits.

However, according to Football.London, Emery also has a strong interest in Genk winger Trossard, having sent scouts to check on the £22million rated star on numerous occasions.

According to the report, the player is also wanted by Borussia Dortmund as they look to replace Christian Pulisic following his £58million move to Chelsea.

The player, however, is said to favour a move to Arsenal and the report adds that Arsenal could look to get a deal in place now and ahead of the summer window opening.

The 24-year-old is yet to be capped by Belgium, but is expected to get his reward soon on the back of a standout season with Genk, where he has scored 17 goals and  provided eight assists in 29 appearances so far.

Trossard is contracted to Genk until summer 2020, but are thought to be willing to sell if a club offers around €25million.