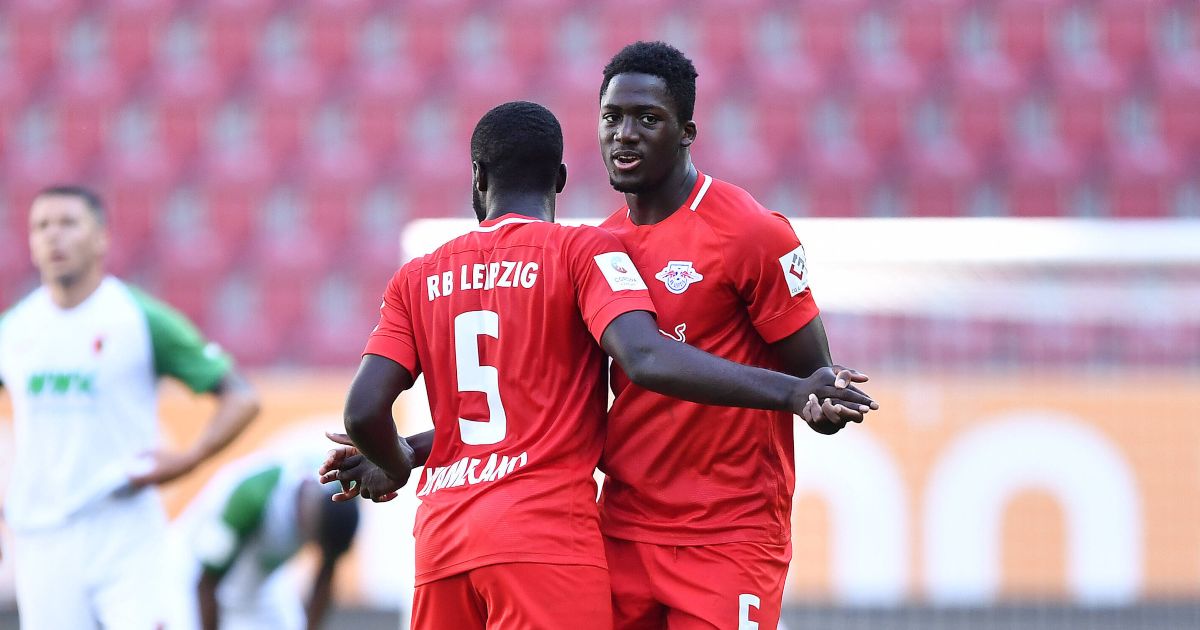 Goalkeeper: Gregor Kobel (Vfb Stuttgart to Borussia Dortmund, £13.5m)
Stuttgart have doubled their money within a year on the Swiss goalkeeper, who is the first transfer of the Marco Rose era at Dortmund. He will now compete with two other Swiss goalkeepers in Roman Bürki and Marwin Hitz. Which sounds like an awful lot of Swiss goalkeepers. Only two keepers made more saves in the Bundesliga last season than Kobel, who said: “Borussia Dortmund is one of the largest and most famous football clubs in the world.” Indeed.

Right-back: Benjamin Henrichs (Monaco to RB Leipzig, £13.5m)
The German club triggered a permanent deal for German international Henrichs despite an injury-ravaged season on loan from Monaco, who were happy to take a loss on the international right-back. “We’re pleased that Benny will be staying with us long term. He’s has a bit of bad injury luck this season, but as a German international possesses a great amount of talent, is versatile and can still have a greater influence on our team. His multilingualism also makes him a great asset to the squad,” said RB Leipzig sporting director Markus Krösche.

Centre-back: Dayot Upamecano (RB Leipzig to Bayern Munich, £38.25m)
This is where the real money has been spent – on French centre-halves who cannot even make their country’s Euro 2020 squad. Upamecano has long, long been linked with a Premier League move but he has eventually taken the shorter and easier road to Munich, With David Alaba and Jerome Boateng exiting the club on free transfers, Upemecano – the quickest centre-half in the Bundesliga – was the obvious option.

Konate and Upemecano playing for France U21s yet it’s Konate who is captain! 👀

Centre-half: Ibrahima Konate (RB Leipzig to Liverpool, £36m)
“In Ibrahima we are signing a player who will add to the quality we already have here. His physical attributes are very impressive; he is quick, he is very strong and he is dominant in the air,” said an excited Jurgen Klopp after signing a 22-year-old who already has over 100 senior appearances.

Left-back: Josko Gvardiol (Dinamo Zagreb to RB Leipzig, £17m)
Obviously the German club had money burning a hole through their lederhosen pockets so they have bought 19-year-old Croatian international left-back Gvardiol (nicknamed ‘Pep’). He can play as either a centre-back or a left-back, though Leipzig’s need is now greater at centre-back. “In Gvardiol, we’ve signed one of the best defensive talents in Europe,” said Leipzig sporting director Markus Krösche. “As a left-footed defender, he makes us more versatile at the back.”

Defensive midfield: Danilo Pereira (Porto to PSG, £14,4m)
The permanent deal was triggered because Pereira played 23 times on loan in a PSG side that finished in the top two of Ligue Un, but it seems that Mauricio Pochettino is not a fan of the Portuguese international and he could yet sell him on again this summer. His biggest contribution in this Euros? Getting punched in the head by Hugo Lloris.

Central midfield: Gerson (Flamengo to Marseille, £22.5m)
Gerson is the first signing of Jorge Sampaoli and the third most expensive signing in the French club’s history. As yet uncapped by Brazil, Gerson has previously had an underwhelming spell at Roma before returning to Brazil (as the most expensive Brazilian signing by a Brazilian club) to join Flamengo, where he has won pretty much everything there is to win in Brazilian football.

Right wing: Emiliano Buendia (Norwich to Aston Villa, £34.5m)
The headline news was that Aston Villa had beat Arsenal to the signing of the Argentine winger who notched 15 goals and 17 assists in the Championship last season, though the Gunners were reportedly reluctant to go above £30m. Norwich were more than happy to claim a hefty profit on a player they had signed for just £1.35m. “He is equally capable as a wide attacker or as a number 10 and is a great addition to our attacking options,” said coach Dean Smith, who will be hoping to rely a little less on the magic of Jack Grealish next season.

Attacking midfield: Hamed Junior Traorè (Empoli to Sassuolo, £14.4m)
The brother of Manchester United’s Amad Diallo has been on a 24-month loan to Sassuolo from Empoli and the Neroverdi triggered their option of a permanent loan after a season in which the Ivorian scored five Serie A goals. But he might only be an actual Sassuolo player for about seven minutes as it seems Juventus have an option to buy him for barely more than Sassuolo paid.

Left wing: Nicolas Gonzalez (Vfb Stuttgart to Fiorentina, £20.7m)
He scored six Bundesliga goals despite starting only ten games of an injury-ravaged season and that was enough to persuade Fiorentina to spend big on an Argentine international currently competing at Copa America. Known as el Bicho (The Bug), Gonzalez is a fast-paced dribbler who can play as a striker or a winger.

Striker: Musa Barrow (Atalanta to Bologna, £13.5m)
With all due respect to the Gambian international, we do not expect Barrow to retain his place in this XI for much longer, though we are sure that Bologna are perfectly happy with their purchase after an 18-month loan deal that has seen him score 18 goals. At 22, a player previously compared to Ciro Immobile is only likely to get better.