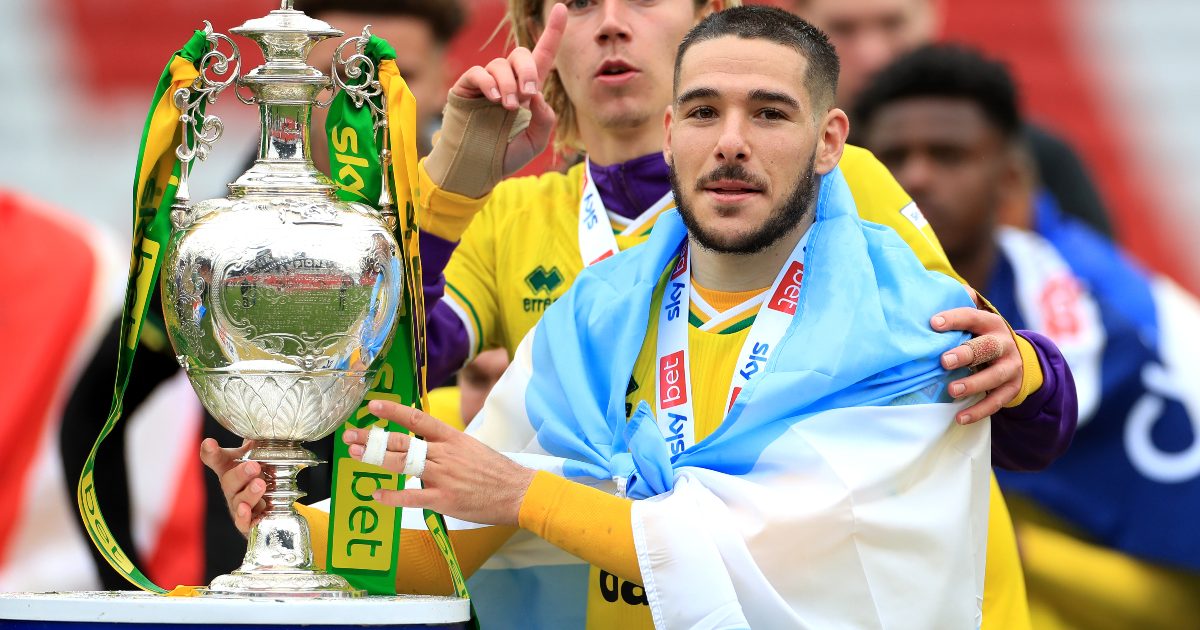 Arsenal target Emiliano Buendia is close to finalising a move to their Premier League rivals, Aston Villa, according to reports in Argentina.

The 24-year-old made the move to Norwich City in 2018 from Spanish outfit Getafe. He was one of their shining lights in 2018/19 as they were promoted to the Premier League. He got eight goals and 12 assists in the league from his 38 outings.

The Canaries’ return season in the top flight was disappointing as they were relegated straight back down to the Championship, But Buendia was once again one of their best players as he registered seven league assists.

Buendia was linked with a move away from Norwich last summer but he eventually opted to stay for another year.

This was to Norwich’s benefit as he was involved in 31 goals from 39 league outings as he helped them to the Championship title.

The Argentinian has been linked with Arsenal and Aston Villa in recent weeks. He was expected to join the Gunners, but it now appears that Dean Smith’s side are favourites to sign him.

Argentinian reporter Cesar Luis Merlo has revealed that Buendia is now “one step away” from signing for Villa.

The fee for Buendia will be around £30m. He adds that Arsenal never made an official bid for the Norwich star.

“It’s not the question of money because Arsenal have the power to put £70million on a player if they want to.

“It’s a question of profile – who do you want for your teams in terms of character and quality?

“What are Arsenal doing in the transfer market? I don’t understand it. They spend money – a lot of money sometimes – but on the wrong player.

“This is the turning point for Arsenal, they are at the end of the world. They need to take the right direction or else they’ll drop, drop and drop again and it’ll be more difficult for them to attract players.