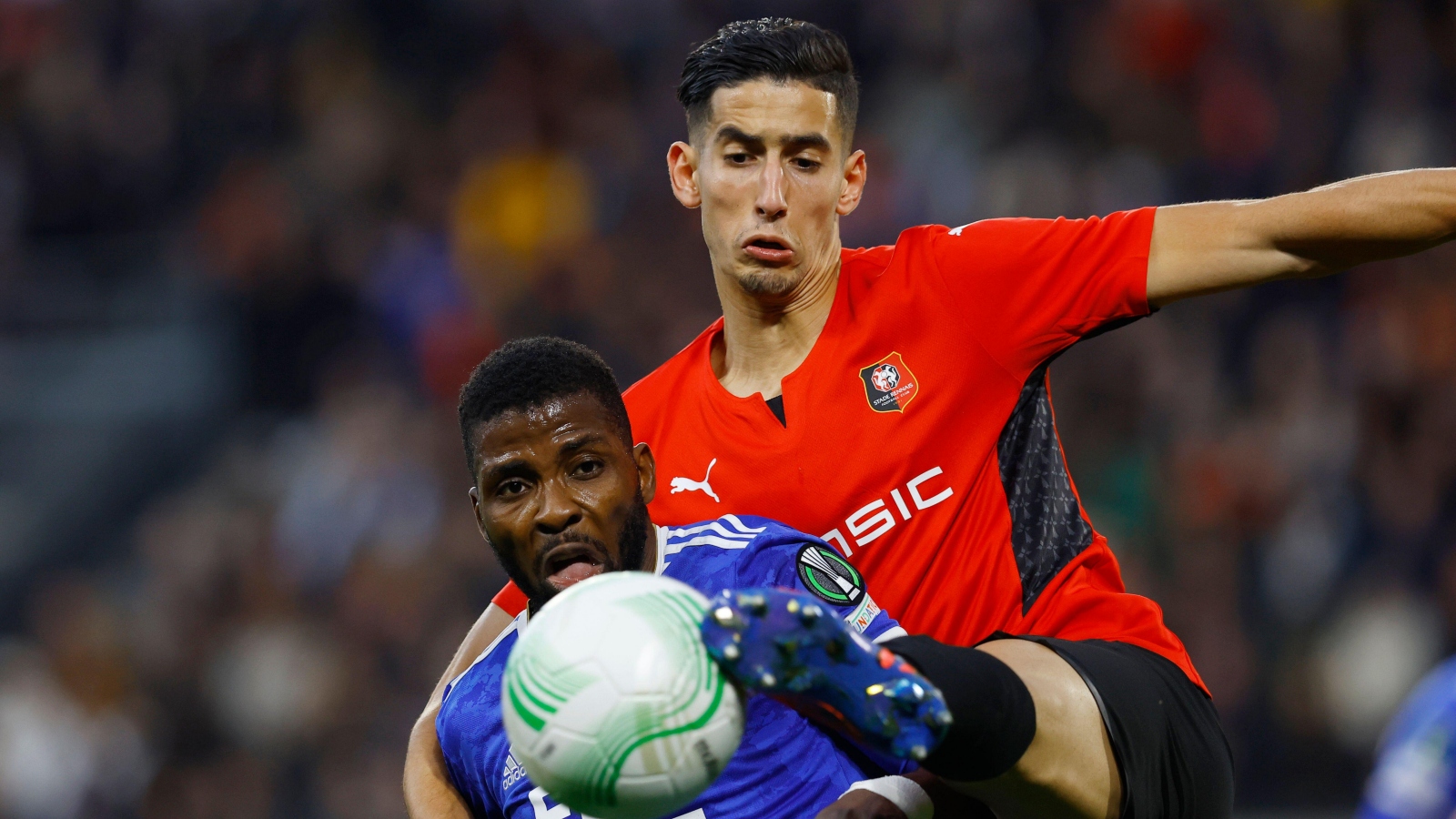 Rennes defender Nayef Aguerd has confirmed he will leave the French club this summer with a move to West Ham reportedly imminent.

A move to the London Stadium has been on the cards for weeks and Jacob Steinberg confirmed on Saturday that the Moroccan has completed his Hammers medical.

David Moyes has been chasing a new central defender since January and he made a left-sided centre-half a ‘priority’ this summer.

Aguerd played 31 times in Ligue 1 last term and helped Rennes progress to the last 16 of the Europa Conference League before being knocked out by Leicester.

He will join West Ham for around £30m, with the deal set to be announced ‘early next week’.

First part of paperworks has been completed between West Ham and Rennes for Nayef Aguerd. Medical tests yesterday in London – £30m deal in place. ⚒️🇲🇦 #WHUFC

West Ham, smart in the negotiations after some twists. Deal now set to be announced on Monday, as per @JacobSteinberg. pic.twitter.com/OsRyiq67ol

The 26-year-old took to social media to confirm that he will be leaving Rennes this summer.

He told his Instagram followers (via GFFN): “It is with much emotion that I announce that I played my last game in black and red at Lille [on the last day of this season]. It was a difficult decision to make, having enjoyed so many wonderful moments here since I arrived at the club in August 2020…

“I gave everything from the first to the last, in matches and training, on and off the field – and I will always be your biggest supporter. I sincerely wish you all the best.”

Elsewhere, West Ham attacker Nikola Vlasic has been linked with a move this summer, with Hadjuk Split and Torino both interested.

The Hammers bought the Croatian from CSKA Moscow for £27m in August 2021 but he failed to impress last term.

Vlasic started 16 games across all competitions and scored one goal in a disappointing 2021/22 campaign.

Croatian outlet Dalmatinski have claimed that the 24-year-old’s former club, Hadjuk, want to re-sign him on loan in the summer transfer window.

However, it is believed that Torino is Vlasic’s ‘most promising option’ and also his ‘most likely’ destination.