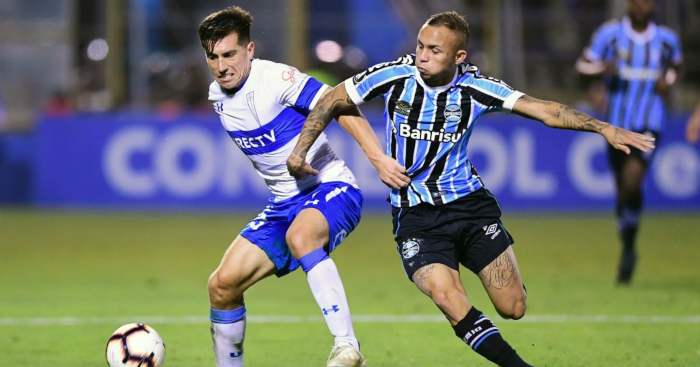 Arsenal are reportedly inching closer to a deal for Gremio’s Everton Soares as the forward is set to undergo a medical in Brazil ahead of a move to London.

The Gunners have intensified their pursuit of the Brazil international over the past month and appear to have finally struck a deal.

It is now reported that medics from Arsenal have on Monday boarded a flight to Porto Alegre to assess the condition of the star ahead of a €40m (£36m) switch to north London.

The move could be completed in the next few days with the player already confirming he’s unlikely to feature in the Copa do Brasil quarter-final against Bahia this Wednesday.

“Really. I do not know what can happen. I have a proposal. I cannot talk to the club,” he said.

“I do not guarantee that I will play against Bahia on Wednesday, we will see.”

These reports have been backed up by respected Brazilian journalist Sergio Araujo, who claims Arsenal have struck a deal for Everton, with the deal set to take a significant step closer if Gunners club doctors are satisfied.

Fox Sports claim that a £36million fee has been agreed with Gremio, confirming that the medical is set.

Manchester United had also been linked with a move for the 23-year-old and had scouted him.