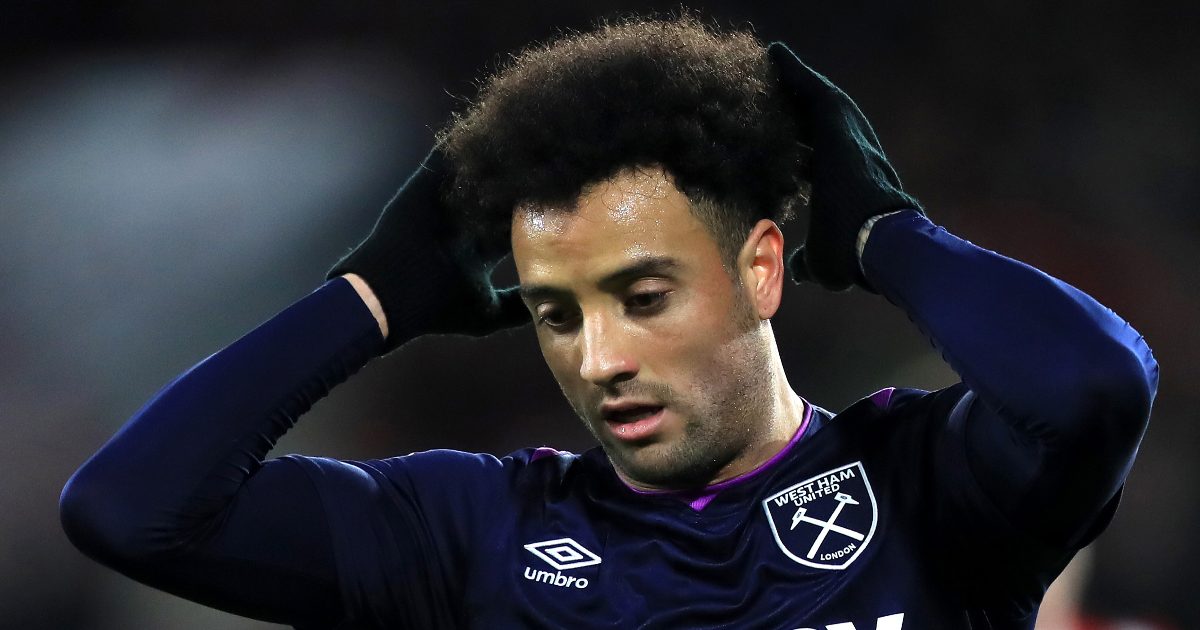 West Ham midfielder Felipe Anderson is being lined up by Serie A outfit Lazio, according to reports. He spent five years there between 2013 and 2018.

Anderson made his debut in senior football with Brazillian side Santos. His impressive showings for them led to his move to Lazio in 2013 for around €7.8m.

The midfielder quickly established himself as a key player for the Serie A outfit. He went onto play 177 times for Lazio and in that time he got 34 goals and 37 assists.

‘Stick it up your b*llocks’ – ten football sledges and squabbles

Anderson’s final season at Lazio in 2017/18 was hampered by injury, but he still managed to grab eight goals and nine assists from 32 outings across all competitions.

That summer, West Ham paid a club-record fee of around £36m to bring him to the Premier League. He impressed in his debut season as he was involved in 15 goals from his 40 outings.

The 2019/20 campaign was less successful, however, as he only scored a solitary goal for the Hammers.

Anderson spent this season on loan at Porto but he only featured ten times for them over all competitions.

Italian outlet Calciomercato (as cited by Inside Futbol) have reported that talks are progressing over Anderson’s return to Lazio.

Former Chelsea boss Maurizio Sarri is in charge of the Italian outfit and he is an “admirer” of the midfielder.

They face the Netherlands on Sunday evening in the first knockout round of the competition. Ahead of their group game against England, Roy Keane heaped praise on Soucek:

“I’m worried about what he does on the football pitch. He’s one hell of a player,” said Keane.

“He’s a proper old-fashioned box to box midfielder and he’s got a goal in him. He’s had a good season at West Ham and I bet David Moyes is delighted with him.

“Very good at attacking the ball, but also at defending set-pieces. He is an excellent player and a good old-fashioned box to box midfielder and you love to see him.”