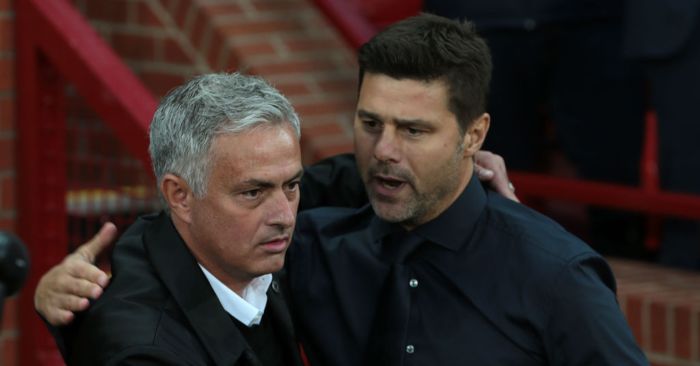 Well that wraps the club season up. Now onto the international matters of the Nations League and the Women’s World Cup. Football lives very much in the short-term, forever veering from hero to zero – at least until sufficient time has passed to deliver memories into the loving embrace of nostalgia, and all bitterness and anger drains away to be replaced by a glass raised to all our yesterdays. So before we forget it even happened, what can take away from this season? Have we learned or been taught anything?

Fulham taught us the modern day all-consuming obsession with money and transfers is a madness and is born out of a culture which only understands personal success through acquisition and materialism rather than nurturing and education.

We learned that Championship clubs are better off getting a brilliant manager like Daniel Farke, Chris Wilder or Dean Smith than spending money they have not got, or breaking the spirit of FFP, if not the literal rules.

We also learned that there are far too many owners of Championship clubs whose eyes can only see pound signs and so bet the farm to get into a league which they hope will iron out their debts. Of course, they fail to remember that they would only have to spend even more money to survive if they reach the ‘promised land’ and thus would not iron out their debts at all. Football makes rich, greedy business people even more greedy but ironically even less rich.

However, we did learn from Spurs that not spending any money on transfers is not a death knell. In an era where everything is seen through a financial lens first, last and always, the Spurs-inspired fact that money isn’t everything must be a lesson we take to our hearts in football and life.

The 2018/2019 season showed us what a great time it is to be a girl interested in football, as the women’s game moved towards the TV mainstream with its regular WSL MOTD presence and England’s fantastic SheBelieves Cup win inspiring many more to take up the game. Free at last? Not quite, but we can see it from here.

Sean Dyche is great and has taught us much, albeit accidentally. He was an enjoyable presence covering the Champions League final on BBC Radio 5 live. Interestingly his observations on the game were no more and no less insightful than the commentators or other pundits. I’d thought he’d see the game in more forensic detail as a manager, but what was happening in any one moment was as obvious to any TV viewer as it was to him. He was just another observer. This teaches us that the successful manager’s magic must lie elsewhere, possibly in more metaphysical things such inspiration and motivation. However, he did impressively use the word “automaticity”, though one sensed not through his own linguistic automaticity.

Through pitch invasions, death threats to pundits, social-media attacks and in-game abuse culture, we learned that modern football tribalism is horribly toxic and getting worse. We learned that England is ill at ease with itself, an angry country that is consumed with self-loathing and paranoia, existentially scared, isolated and desperately trying to find meaning and hope in a life played out against meanness and division, self-medicating its depression through the dopamine hit of bullying, abuse and hate. It needs tackling.

Liverpool, Manchester City and Tottenham’s campaign showed us that tactics, skill and organisation take you a long way but the bridge to success has to be built with something less tangible and more ethereal. Call it charisma, authenticity, inspirational empathy, joy or just huge balls, but all these club managers have it and this season we saw, in the decline of Manchester United, how substituting these things with shopping can be so corrosive.

Virgil van Dijk taught us that defending can be the most beautiful art and gets your pulse racing as much as any goal. To see him accelerate, eyes always on the ball as he hunted down Son Heung-min on Saturday night before successfully thwarting him was a thrilling work of physical art and mental concentration, and just one example of his oeuvre that was an absolute privilege to witness.

This season showed us just how popular football is in Britain, with Aston Villa pulling over 40,000 in the Championship, Sunderland getting similar attendances in the third tier, Lincoln getting over 9,000 in the fourth and even Orient in tier five pulling in over 5,000 people regularly. It was a reminder that of the 33+ million attendances at football matches in England’s top five leagues, over 19 million of them were not watching a Premier League game. Proof that the quality of players and of football played is not the primary driver of our interest, and that the game is about just being there, about being rooted in our community, in our collective sense of place, in our friendships and civic pride. It is not a retail leisure experience. It is belonging.

Manchester United showed us, not uniquely, just what a fiscally immoral business the Premier League is via Alexis Sanchez who earns, in every single hour of every single day, what someone on the average wage earns in one month. And just like those people, he doesn’t even have to play football to earn that money. If he does actually play a game he’ll earn, for merely one appearance, what nearly three people on the average wage would earn in a year. Any business, culture or society which finds this acceptable deserves not just our opprobrium but our moral outrage, and also to be confronted with a burning desire for change.

Peter Crouch taught us that footballers have their underwear provided by the club on matchdays, for reasons that no-one – not even Peter – can either state or understand. These are like the last days of Rome.

And talking of underwear, the Champions League final showed us just how unpleasant a leotard can really be – and also, I’d imagine, just how uncomfortable.

The 2018/2019 season showed us that the quality of football broadcasting on the radio is at an all-time high. So many highlights all season long, but the 5 live commentaries on Liverpool v Barcelona and Ajax v Spurs by Ian Dennis and John Murray, with Alan Shearer (a man transformed on the radio) and Chris Sutton in tandem, were nothing less than works of aural art. They should go down in the broadcast annals as illustrative of the artform at its best, painting with all the colours in the rainbow and then some.

The art of punditry and commentary on the radio is now, in the best instances, both education and entertainment. Listening to Andy Brassell or Mark Langdon on the must-not-miss Trans Euro Express is a fine example, held together brilliantly by Danny Kelly. Simon Jordan on talkSPORT has been a compulsive, stimulating, original and always welcome voice. 606 has been upgraded from mere phone-in to something far more enjoyable akin. The Chris Sutton/Ali Bruce-Ball Sunday show’s Sutton Death has been appointment-to-listen radio and worth it for just one “you’re better than that” from the former Blackburn striker.

Maybe TV coverage of the Premier League was good too. But unless we’re prepared to pay to see it – and only a small percentage of football fans are – we’ll never know.

Mind you, we learned from whoever makes BT Sport’s No Filter Champions League videos that filming and editing a football game can be a highly evocative visual artform: delicious on the eyes, stirring and distilling the essence of a game like nothing before. And free to see on Twitter and elsewhere presumably because unless it was free, no-one would see it.

The consistently low audiences for live Premier League football – typically anywhere from under 200,000 to two million – behind a paywall, showed us how resistance to paying for football on TV remains strong. The massive audiences on BBC and ITV for the World Cup, with ITV enjoying 30 million watching England v Croatia, the largest single-channel audience in UK history, prove once again that only terrestrial TV can deliver big audiences. With the BBC and ITV winning FA Cup rights, despite almost certainly bidding less than digital broadcasters, and with BT giving the Champion League final away free and in doing so getting their biggest numbers ever (though still far lower than would’ve been the case on terrestrial), this year we finally saw an understanding that far greater reach is worth more than a far greater fee.

This has also been the year when podcasts further established themselves as every bit as important as more traditional broadcast football media. Whatever your interests, no matter how niche or mainstream, they are now catered for. Weekly football life is hard to imagine without, in my case at least, the suite of Totally Football Show pods, Set Piece Menu, Guardian Football Weekly, and any number on BBC Sounds. A special mention for That Peter Crouch podcast which is just wonderfully entertaining, funny and also draws back the veil on the often quite surreal football life like no other programme ever has before in quite the same way.

Despite all the problems with abuse, social media, fiscal obscenities, the politics of ownership and everything else which acts as a drag on our journey towards a better world, this season, as all others, taught us that football remains an exciting, dramatic, uplifting sport and a boring, tedious, mind-numbing one too – and that’s how we like it because it is wonderfully, beautifully, emotionally and profoundly ours. No matter what level you experience it at, it remains innately The People’s Game. It. Is. Ours. We’re the bosses. And we shouldn’t forget that. Not this season. Not the next. Not ever.