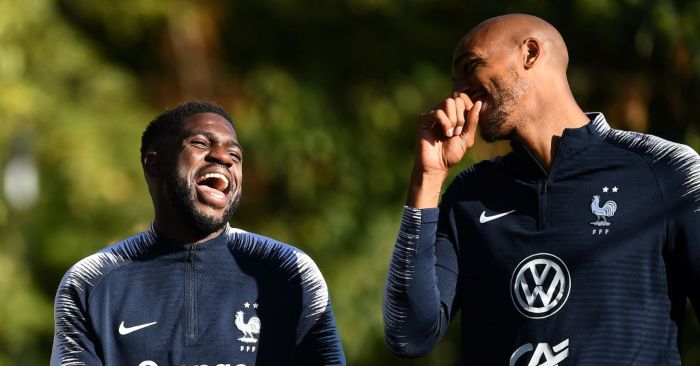 Samuel Umtiti says “it wasn’t even necessary” to discuss apparent interest from Arsenal with his agent.

Umtiti was linked with a summer move to Arsenal so regularly that Unai Emery was even asked directly about his thoughts on the centre-half.

The French international, who Barcelona put up for sale at the end of last season, was thought to be available at the right price.

One particular report stated that fee to be £45.8m, but Arsenal instead opted to bring in David Luiz for £8m this season, with £26m William Saliba arriving next season.

As opposed to those two being alternatives to Umtiti, he himself says that he never received any contact from the Gunners.

“Honestly, I don’t know where this rumour with Arsenal came from,” he told Canal Football Club.

“Overnight, I received messages from my friends ‘ah, so  you are joining Arsenal?’ I’m not, I’m sorry but I’m staying at Barcelona.

“Contacts with Arsenal? To be honest, I don’t know if they had conversations with my agent, I just told him that I didn’t care what was happening this summer and that it wasn’t even necessary to talk to me about it.

“It was useless, I was going to have the same answer.

“My dream as a child is to play for Barcelona. Last season was the most difficult of my career, especially in terms of injuries.”