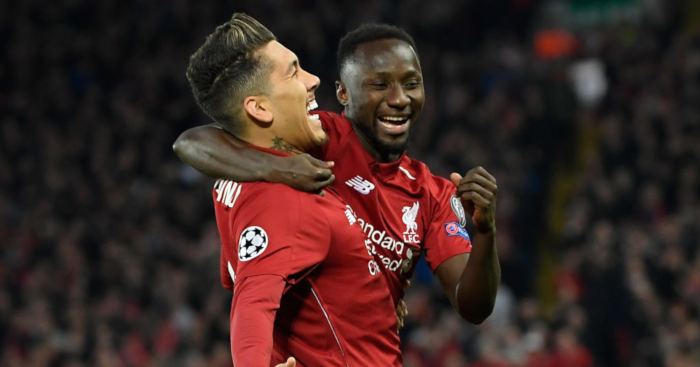 Liverpool could be prepared to allow Naby Keita to leave in the next transfer window, according to reports in Germany.

Keita has not lost a single Premier League game since he arrived on Merseyside for £48m from RB Leipzig, but is yet to truly establish himself as a first-team regular.

The Guinean midfielder has only appeared in 18 matches in all competitions this season, providing two goals and an assist, failing to hit the heights of his days at Germany.

FEATURE: The ‘perfect’ Premier League XI of the season

He has come under microscope this season, despite Liverpool‘s amazing campaign, with Jamie Carragher commenting in February that Keita’s statistics show “a top player”, but “I don’t feel like I see that with my eyes”.

And now German publication Bild claims that they expect Keita to be on a ‘list’ of six players that Liverpool boss Jurgen Klopp ‘wants to get rid of at the end of the season’.

Dejan Lovren and Divock Origi are the other two players named by the report with Bild linking Keita with a move back to Leipzig.

Bild add that Keita ‘never really rose in the Premier League’ and ‘his return would be a transfer exclamation mark that RB would send to the top clubs across Europe’.

However, the report then goes on to explain that age, ‘pretensions’, his huge salary and big fee would probably end Leipzig’s interest.