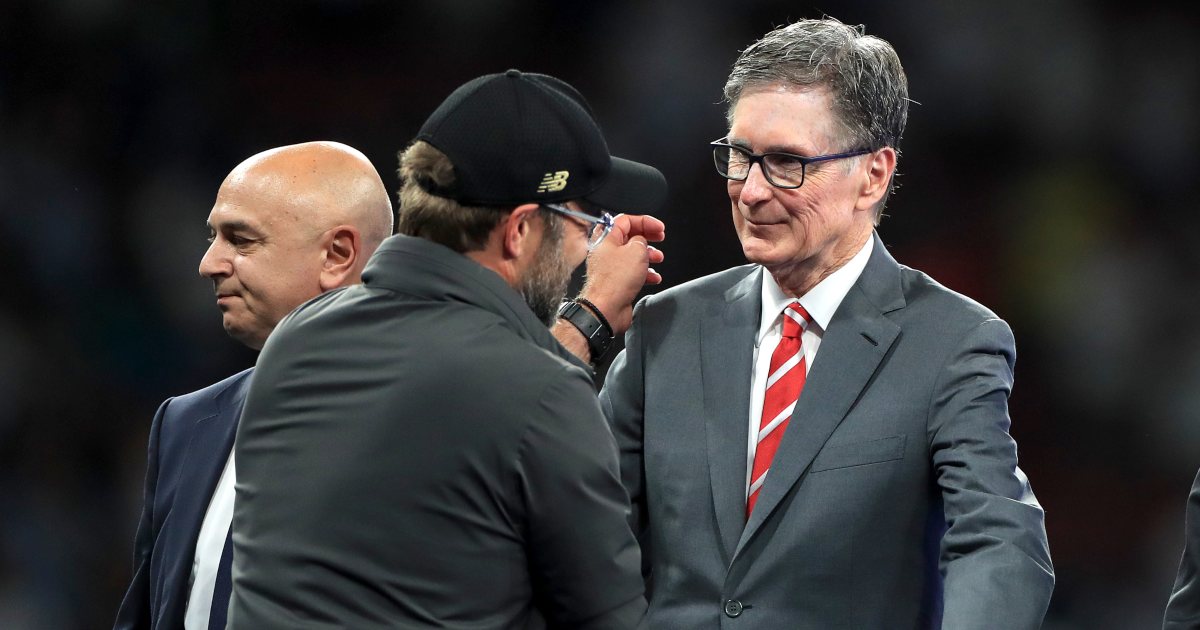 The potential £536m ($750m) investment in Fenway Sports Group will reportedly have no “direct impact” on Liverpool.

RedBird Capital Partners are set to take a 10 per cent slice of FSG’s assets, which includes the Boston Red Sox as well as the Reds.

FSG have been actively seeking investment to raise money through the pandemic to keep projects like the redevelopment of the Anfield Road End on course.

The proposed investment from RedBird Capital led to speculation that Jurgen Klopp could be handed a hefty transfer pot to strengthen the Liverpool squad this summer, but that is unlikely reports the Liverpool Echo.

They money is set to be deployed in the expansion of Fenway Sports Management, something Liverpool minority shareholder and basketball legend LeBron James is a part of.

And it is thought that James could start to have more of an influence with FSG and therefore with Liverpool.

However FSG decides to spend the investment, the management structure will not change.

Michael Silverman, sports business reporter at the Boston Globe newspaper, told the Liverpool Echo: “My source who has knowledge of the deal informs me that the governance roles of John Henry as principal owner, Tom Werner as chairman and Mike Gordon as president of FSG will remain exactly the same.

“This investment will not have a direct impact on Liverpool, the Red Sox, NESN and Roush.

“For now at least that means that another arm of the FSG family is Fenway Sports Management, a sports marketing and consulting firm.

“That’s the LeBron James connection, he is a part of that and as we know LeBron James has been a minority shareholder in Liverpool for some time and is now a client of Nike who now do Liverpool’s kits. That was a big part of the Liverpool and New Balance court case.

“As far as I know to date we haven’t seen much from LeBron on that relationship aside from a picture of him in a Liverpool kit. That to me signals that we are going to see, with this potential investment, a bit more of that LeBron James influence with Fenway Sports Management, we may see some moves there.

“It is really interesting how they want to deploy the money. Just because they may say it won’t have a direct impact on Liverpool or the Red Sox that doesn’t mean that, if they so choose, if they are trying to increase their revenue streams by diversifying their portfolio they still have the freedom to redirect money, if they want, to their teams.

“They (Liverpool and the Red Sox) are not totally siloed operations. If FSG as the parent company decides that they are doing the Fenway Park real estate development deal, they are growing bigger with Fenway Sports Management and they are getting new clients and trying new things and revenues are increasing then sure, if they want to give their teams a boost I am sure that this investment would allow them to do that more freely.

“I don’t get the impression that they are trying to grow for the sake of growing, it is a case of what are they going to do with the increased revenues.”

Gerry Cardinale, the American billionaire financier fronting RedBird Capital Partners, is a man who has successfully managed to monetise sport and business.

He’s a major stakeholder in America’s biggest regional sports TV network, YES Group, has served as a board member of Yankee Global Enterprises, the corporate holding company of the MLB franchise the New York Yankees, has recently gone into business with Hollywood actor Dwayne Johnson, and also bought a large stake in Wasserman Media, a talent agency that looks after entertainment and sports stars including Joe Gomez and Aymeric Laporte.

Cardinale, in an interview with Sportico in December said: “Making an investment is easy, what’s not so easy is owning these things well. What we really look for in what we do is owning it well.

“I look at these teams like mini Disneys. They are multinational conglomerates, the trouble is they didn’t start that way and technology has both enabled it and challenged it and it has to keep evolving.

“The teams I have worked with have all done that and they are going to keep on doing that.”