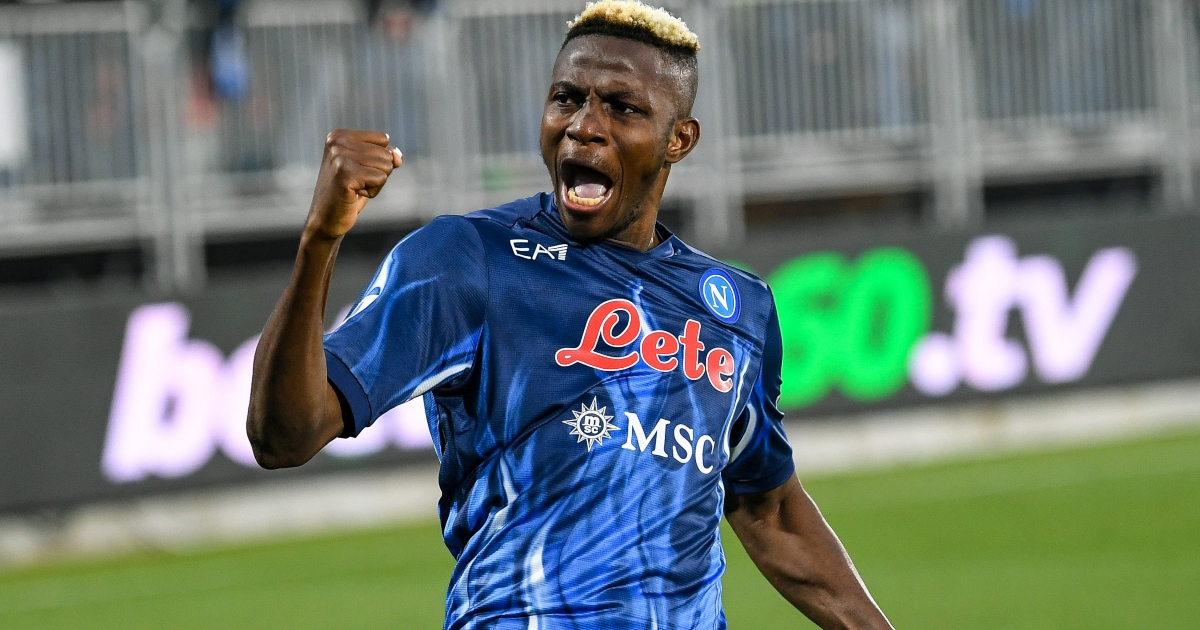 Mikel Arteta has reportedly made Napoli striker Victor Osimhen one of Arsenal’s ‘top targets’ in the summer transfer window.

Osimhen joined Napoli in September 2020 after one season with Lille in France. The Serie A club spent a reported £67.5m to sign the 23-year-old.

The Nigeria international scored ten in his debut season in Italy and has netted ten times in 17 matches this term.

The Aston Villa of Gerrard, Coutinho and Ramsey is thrilling

He has missed numerous games this campaign due to a cheekbone fracture. Napoli only won three of their eight league matches without Osimhen.

The 23-year-old is one of many strikers to be linked with a move to Arsenal in recent months after the Gunners failed to sign Dusan Vlahovic from Fiorentina in the January transfer window.

And despite links with Real Sociedad’s Alexander Isak, Lille’s Jonathan David and Everton’s Dominic Calvert-Lewin, Osimhen is a ‘top target’ at the Emirates, as per the Mirror.

Arteta is short of options up front after Pierre-Emerick Aubameyang joined Barcelona.

The Gabon captain’s departure means Alexandre Lacazette and Eddie Nketiah are the only out-and-out first-team strikers left at the club.

A new forward will be a priority in the summer with Lacazette and Nketiah both out of contract at the end of the season.

Arsenal could face competition from their arch-rivals Tottenham, who will ‘return’ for Osimhen this summer after Napoli ‘knocked back’ their approach during the January transfer window.

The Nigeria striker is reportedly valued at £70m.

Meanwhile, Arsenal star Bukayo Saka has admitted that it is a “dream” of his to play in a “special” Champions League night amid reports linking him with Liverpool.

The Englishman has been linked with a move to Liverpool over the past couple of weeks.

Arsenal are keen to tie their player down to a new contract as his current deal expires in 2024.

“I think the Champions League creates so many special nights and it’s a dream for me still to experience one of them and hopefully many more of them,” Saka admitted (via The Metro).