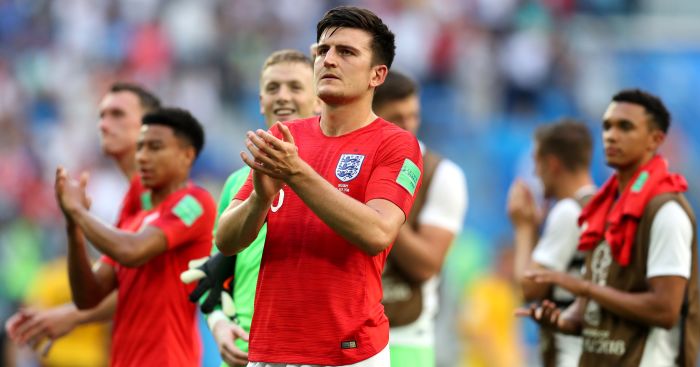 Harry Maguire is set to land a double-your-money new contract at Leicester City amid interest from Manchester United, according to reports.

The centre-back impressed at the World Cup in Russia for England, producing a number of solid performances at the heart of the England back line.

Those performances, as well as a good season with the Foxes, have led to interest from the Red Devils with rumours circulating that they would be willing to splash up to £65million on Maguire.

However, Leicester’s valuation is thought to be at least £80million for the former Sheffield United star and the Daily Mirror claims that the Foxes are now ready to offer him a new deal to put United’s interest to bed.

Maguire is currently on around £50,000-a-week at the King Power Stadium and the report continues by saying that the club will offer him £95,000-a-week to remain.

If Maguire – who only joined Leicester a year ago from Hull City for £17million – signed the contract it would net him an extra £9.36million over four years.

It would seem unlikely that the Red Devils would be able to stump up anywhere near £80million in this window given the war between Jose Mourinho and United chief Ed Woodward.