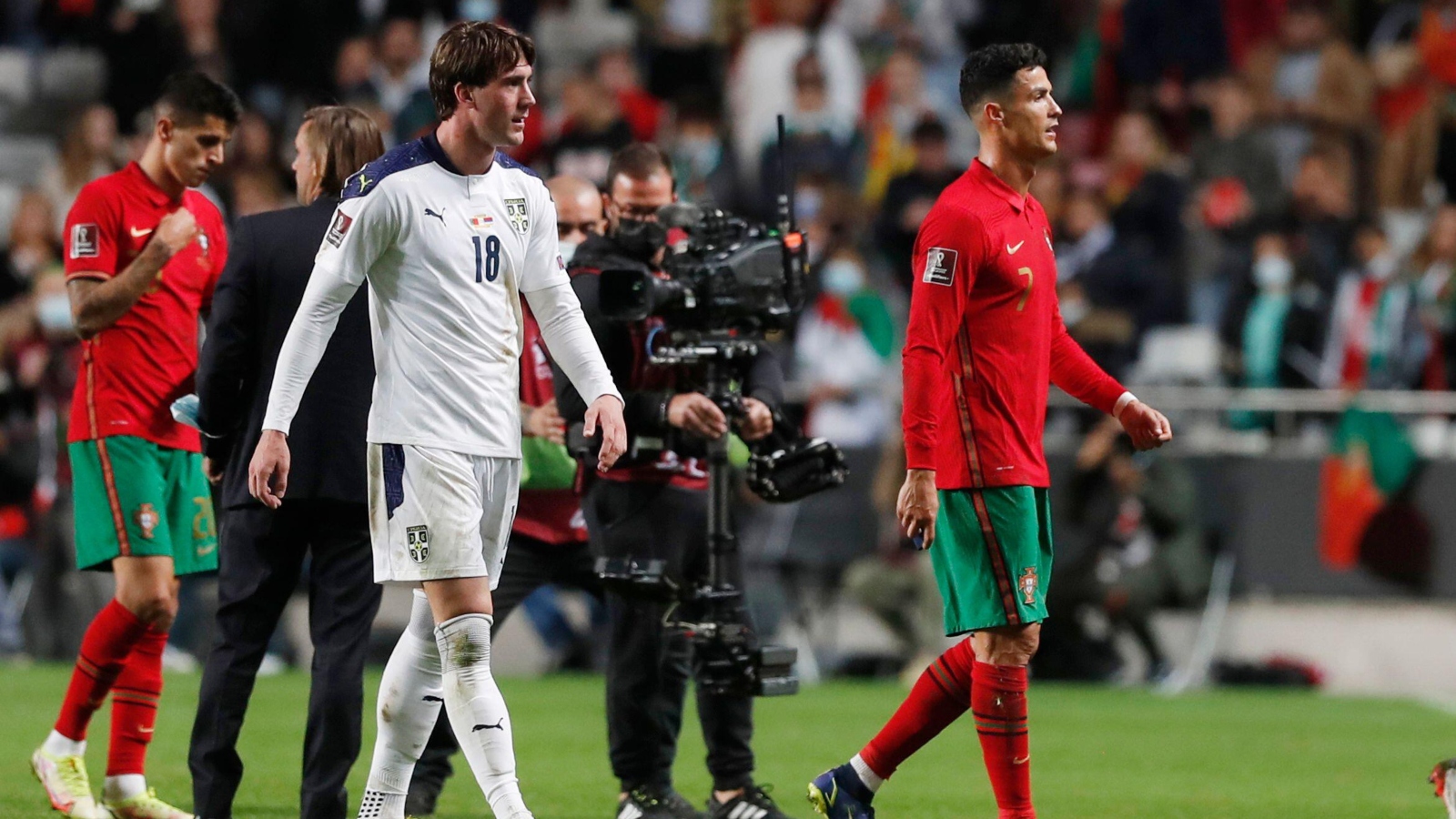 Manchester United are reportedly interested in signing Juventus striker Dusan Vlahovic as Cristiano Ronaldo gets closer to an exit.

Ronaldo’s time at Old Trafford is close to coming to an end.

The Portuguese international reportedly asked to leave the club in the summer transfer window, but a move did not come to fruition.

Multiple reports suggested that Ronaldo was actively looking to move on and that his agent Jorge Mendes was working day and night to find him a new team, preferably one playing in the Champions League.

However, the 37-year-old finally broke his silence in an interview with The Sun, which was released on Sunday evening.

Speaking to Piers Morgan, Ronaldo said the club had “betrayed” him and that manager Erik ten Hag did not respect him and was trying to push him out.

As a result, Ronaldo expressed his lack of respect for the United boss, while slamming the club’s infrastructure, which has apparently barely changed since he joined for the first time back in 2004.

Ten Hag decided to go ahead with Ronaldo, Marcus Rashford and Anthony Martial as his main striker options this season.

Rashford has impressed and is back in the England squad for the World Cup, while Martial has struggled with his fitness.

Ronaldo has found himself on the bench quite often this term and even refused to come on for a match against Tottenham before storming down the tunnel prior to the full-time whistle.

The Real Madrid legend has frequently started in the Europa League, however.

With Ronaldo set to (surely) leave the club in January, United will need to have a replacement lined up.

Sesko has already agreed to join German club RB Leipzig in 2023, though the report states that the Red Devils ‘could take matters into their own hands’.

Previous reports have said that United are big admirers of the young Slovenian striker, but may not be able to land him until 2024 at the earliest.

Vlahovic was heavily linked with a move to Arsenal last January before snubbing them in favour of Italian giants Juventus.

Mikel Arteta was on the search for a new No. 9 with Alexandre Lacazette struggling, and put all of his eggs in one basket.

After failing to convince the big Serbian to move to north London, the Gunners manager did not pursue any alternatives.

Vlahovic cost Juventus around £71million and has scored 16 goals for them in 36 matches.

The report says the 22-year-old striker is a ‘great favourite’ of United – who may be put off by his price tag.

It is said that Vlahovic’s market value is €80m, but will cost more than that, especially because of his age.