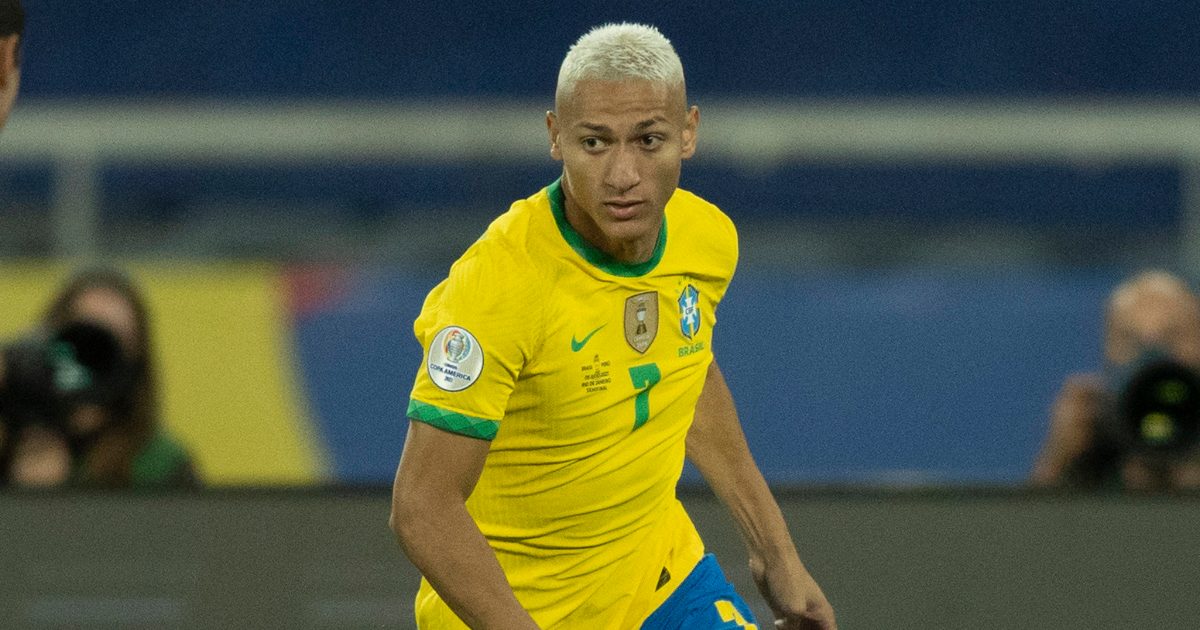 Everton would find an offer of £80-90m for their forward Richarlison “hard to turn down” amid interest from Real Madrid, according to Noel Whelan.

Richarlison has netted 42 times for the Toffees from his 119 appearances across all competitions.

The Brazillian impressed under Carlo Ancelotti. This summer the Italian has returned to Real Madrid to replace Zinedine Zidane.

Ancelotti has contacted Richarlison over a move to Real Madrid.

Whelan has told Football Insider that £80-90m would “prise” Richarlison away from Everton:

“They do have a good squad. I’m sure they’ll go into the market and strengthen again. They’ve got a new stadium on the horizon as well but for that new stadium, you need European football.

“There’s a process that needs to be put into action. I think there was last year with Ancelotti but now it’s taken a step back. It’s a back to the drawing board, so to speak.

“Rafa Benitez needs to assure these players that his appointment is the right appointment.

“That he can take them to the next level where these players want to be playing on the biggest stage.”

Elsewhere, Kevin Campbell has claimed that Everton can “make a premium” by selling Moise Kean to PSG:

“It’s typical really, a young player coming into the Premier League who can’t find his feet.

“He looked the business in Italy, came over here and can’t do the job, but on loan at Paris Saint-Germain, he’s ripping it up.

“He scored plenty of goals, but it’s unfortunate for Everton. The money is good, they have deep pockets so you make a premium on a player who didn’t quite work out.”