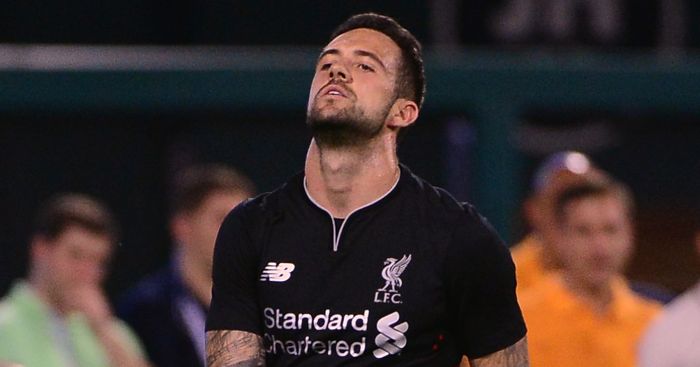 No club has more than one outfielder in this list because we like to share the love. And rather than it being any old injured player, it’s those who have perhaps escaped the memory. So that means no Zlatan Ibrahimovic or Sadio Mane.

GOALKEEPER: Claudio Bravo
Alright, the whole ‘forgotten’ part of this feature instantly collapses upon the inclusion of the eminently memorable Claudio Bravo, but the Premier League is hardly bursting at the seams with injured goalkeepers, so back off.

If the final image of Bravo’s fledgling Premier League career is of him being stretchered off in a Manchester derby due to a calf strain, it would be a fitting conclusion to a remarkably disappointing first campaign. The one-time most expensive 33-year-old in football history is not expected to recover before season’s end, so his fate at the Etihad Stadium relies upon Pep Guardiola’s faith in his abilities

Considering Guardiola’s stubbornness with regards to his preferred style of play, it is hardly outside the realms of possibility that Bravo remains in Manchester into next season. If he does, it will be intriguing to see whether a dog in his mid-30s can learn new tricks, such as saving a shot.

RIGHT-BACK: Moses Odubajo
In writing about five Premier League virgins we were excited to see this season back in the summer of 2016, Sarah Winterburn tentatively tipped Moses Odubajo as a potential future England right-back.

That list was published in the immediate aftermath of Hull’s return to the Premier League courtesy of a Championship play-off final victory. By July, Odubajo’s preparations for the biggest season of his life were curtailed as he suffered a knee ligament injury in pre-season.

By October, Odubajo was nearing recovery. Then, in a training session, he contrived to fracture his kneecap – the recently injured one – after slipping while delivering a cross. He has subsequently played no part of Hull’s season, but will hope to have a second bite of the Premier League cherry upon his return.

CENTRE-HALF: Virgil van Dijk
It will almost certainly not be with Southampton, and it could be with any side in the current top seven, but it will be interesting to see how Virgil van Dijk performs when he completes his return from injury. The centre-half has been sidelined with a knock to his ankle since January. It is by far the most substantial injury of his career yet.

Van Dijk has missed 18 Southampton games since – including the EFL Cup final defeat to Manchester United. In his two spells with Groningen and Celtic, he missed just eight games combined with two injuries, one of which was an appendectomy. The physical wounds will heal, but it could have a mental effect on a player still valued at around £50million.

CENTRE-HALF: Phil Jones
When Chris Smalling contrived to injure club and international teammate Phil Jones before suffering a knock himself in the following days, Jose Mourinho confirmed both to be out for the ‘long term’. The Manchester United manager has spent the subsequent weeks chastising both for failing to risk their careers by potentially exacerbating the injury by playing. United have at least six games left until the end of the season – will either player return?

Jones more than anyone will know not to risk his health unless it is at 100%. This is the 25-year-old’s 16th injury of his career: Knee, back, knee, ankle, knee, head, shoulder, hamstring, shinbone, ankle, blood clot in calf, ankle, ankle, ankle, knee and toe. It reads like a confused child reciting a nursery rhyme.

It is also the sort of record that a manager like Mourinho will share little sympathy with, as it simply cannot be relied upon. United’s king of tragicomedy will surely have to find a new court to entertain next season, and we can’t wait to see if he can finally make it work.

Souare appeared in the first three Premier League games of Crystal Palace’s season, but his campaign was cut short after he suffered a broken thigh and jaw in a traffic accident in September. The initial prognosis was that he would miss six months; the reality is that you cannot place a timeframe on such a recovery. The left-back was in the midst of rehabilitation by December, when news of his father’s untimely passing broke.

The 26-year-old admitted recently that he may never play football again. Let’s hope he manages to overcome the odds.

Ilkay Gundogan had impressed since joining Guardiola’s Etihad revolution for a seemingly paltry £20million in the summer, but a cruciate knee ligament injury suffered against Watford in December ended his season there and then. He would kindly inform everyone that he had not died despite his teammates wearing shirts with his name emblazoned on the back ahead of the following game, but he has not been seen since. The midfielder who Guardiola hopes to build a midfield around is aiming to return in pre-season.

CENTRAL MIDFIELDER: Santi Cazorla
Named one of the five most missed injured players in January, little has changed with regards to Santi Cazorla. Joel Matip, Vincent Kompany, Abel Hernandez and James McArthur have all since returned for their sides and made a positive impact, but Cazorla’s prolonged absence continues to hurt Arsenal.

The Gunners went without their midfield linchpin from November last season, but managed to emerge relatively unscathed. Cazorla has been sidelined since October in this campaign, and while Arsenal might well have struggled with him, his presence would surely have helped.

In true Arsenal fashion, Cazorla suffered his injury in the 6-0 win over Ludogorets. He has not featured at all since, yet was named on the bench for the subsequent Premier League game – a 0-0 draw with Middlesbrough. It was only in February that the club confirmed he would miss the rest of the season.

ATTACKING MIDFIELDER: Yannick Bolasie
Who knows where Everton could have finished had Yannick Bolasie been fit for more than half the season? Perhaps their second top league scorer would have more than four goals? Maybe they would be higher than seventh?

It is impossible to say for certain, but it is hardly outlandish to suggest Everton have missed their £25million summer recruit. Only one assist-to-scorer combination (Sigurdsson to Llorente, 5) has provided more Premier League goals this season than Bolasie to Romelu Lukaku (4), this despite the former suffering a season-ending injury in early December.

Bolasie will be described as ‘like a new signing’ upon his return, which he hopes will be before the start of 2018. In all fairness, such a phrase is acceptable when discussing your second most expensive signing ever.

ATTACKING MIDFIELDER: Erik Lamela
Just ask Tottenham, who have challenged for the Premier League title despite not only the performances of club-record signing Moussa Sissoko, but also in the absence of the man directly behind the Frenchman in terms of Tottenham’s most expensive players.

When Erik Lamela suffered a seemingly innocuous hip injury against Liverpool in the EFL Cup in October, little was thought of it. Six months, a lot of confusion, a reported exit due to the death of his dog, and an adamant denial from both parties later, and the Argentinean is still out. We really had forgotten about him and his lovely hair.

ATTACKING MIDFIELDER: Michail Antonio
When Michail Antonio was named as a potential transfer target for Chelsea in January, there were more than a few eyebrows raised. But it is not difficult to see why a versatile, goalscoring player with Premier League experience would appeal to the very core of Antonio Conte.

Those attributes have shone through for West Ham in their sh*tstorm of a season. He is their top goalscorer (9), joint-top assist-provider of players still at the club (3), and has spent much of the campaign filling in gaps at right-back, on either wing and up front. If the 27-year-old does leave this summer, he has earned his move.

STRIKER: Danny Ings
There’s bad luck, and then there’s Danny Ings luck. When Jurgen Klopp was appointed as Brendan Rodgers’ successor as Liverpool manager in October 2015, Ings had found his groove. He had scored three goals in five starts, and even earned an England call-up. The striker made his international debut on October 12; he ruptured his knee ligaments just days later in his first training session with Klopp.

Ings managed to return to feature as a second-half substitute in the club’s final Premier League game that season, and was expected to feature in Klopp’s plans for this campaign. He was eased back with two substitute appearances in the EFL Cup, but it was in the second that he would be struck down once more. In the same fixture which has curtailed Lamela’s season for Tottenham, Ings’s campaign was brought to an abrupt end for Liverpool in October.

That the forward only turns 25 in the summer should offer hope for a player not yet at his peak, but suffering two injuries in quick succession is sure to have an effect. Fortunately for him, Klopp is undeniably a fan of his, and his pace and direct style would be a natural fit in the German’s system, providing he can stay fit.