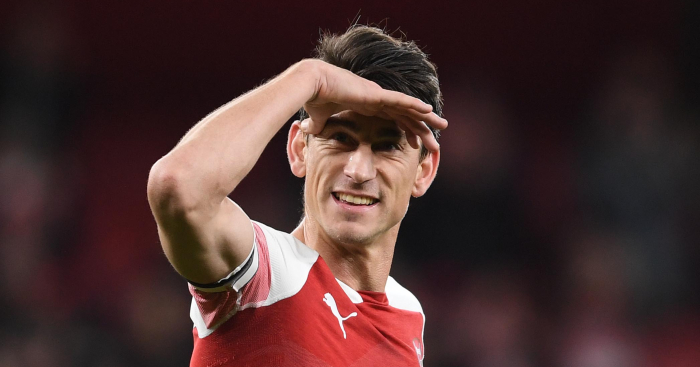 The January transfer window is open. Let’s look at what every Premier League clubs needs in an ideal world, shall we?

ARSENAL – Centre-half
“I think if we can take one player to help us at centre-back, I think it’s a good option,” said Unai Emery in December, staring mournfully at his increasingly bare defensive cupboards. Arsenal started the season with Sokratis, Shkodran Mustafi, Rob Holding and Konstantinos Mavropanos as their only available, regular centre-halves, but reached the halfway point of the season having lost half of that quartet to injury. Laurent Koscielny made his long-awaited return after seven months on the sidelines, and Stephan Lichtsteiner and Nacho Monreal can both fill in if needed. Yet Granit Xhaka was playing games there in December. Goal-shy Huddersfield are the only Premier League team since September they have shut out.

BOURNEMOUTH – Central midfield
Jefferson Lerma is the most expensive player in Bournemouth’s history, yet he is indicative of a wider problem for the Cherries. Or, rather, a central one. With the Colombian seemingly always one booking removed from a suspension, and Lewis Cook out for the season, Eddie Howe is running out of alternatives. Dan Gosling and Andrew Surman doth not a Premier League central midfield make.

BRIGHTON – Centre-half
Chris Hughton described the chances of Brighton cleaning their January transfer window as “very minimal”. Little has changed with regards to a squad that was strengthened considerably in the summer. They still keep finding new players down the back of the sofa.

BURNLEY – Right-back
Sean Dyche is no stranger to the January transfer window. Burnley have signed Ashley Barnes (2014), Michael Keane (2015), James Tarkowski (2016), Ashley Westwood, Robbie Brady (both 2017) and Aaron Lennon (2018) to revitalise and replenish his squad mid-season. He would be well-advised to take the opportunity to replace Phil Bardsley as back-up right-back this time around; Matt Lowton could do with the competition.

CARDIFF – Right-back
“The main priority is a full-back, a centre midfielder and a striker,” according to Neil Warnock. With Harry Arter, Víctor Camarasa, Joe Ralls, Aron Gunnarsson and Loïc Damour vying for places in the middle, and three clubs scoring fewer league goals, two out of three of those situations ain’t bad. But Cardiff do need a new right-back. The inadequacy of Jazz Richards and Lee Peltier has forced Bruno Ecuele Manga out of position to cover, and while he is growing into the role, he is a much better centre-half option. Warnock is interested in Nathaniel Clyne for a reason.

CHELSEA – Winger
To all those thinking that Chelsea need a striker, we bring you these words from coach Maurizio Sarri: “No [I don’t need another striker], because I have the option with Hazard in this position. We have Morata and Hazard can play very well in this position as we have seen in the last two, three matches. So I think that in this moment I don’t need another striker.

“Maybe another winger, because now we are in trouble with the injuries of Pedro, of [Callum] Hudson-Odoi and [Ruben] Loftus-Cheek. So I have the option for the striker [Hazard] but at the moment I have no option for the wingers.”

CRYSTAL PALACE – Striker
The Wilfried Zaha hex was lifted against Leicester; now to address the fact that only Newcastle and Huddersfield have scored fewer Premier League goals this season. The Terriers are also the only other side not to have scored a single goal through a striker in 2018/19. Their last league goal scored by a striker came through Laurent Depoitre in May – a full four months after Christian Benteke netted Palace’s last centre-forward goal. Dominic Solanke is on his way.

EVERTON – Sales
A January transfer would be welcome at Goodison Park, but a more pressing matter should be removing the final pieces of dead wood floating around Goodison Park. Morgan Schneiderlin and Oumar Niasse unfortunately have no part to play in the Marco Silva revolution. Though they might be an improvement on the shower that lost to Leicester.

FULHAM – Defence
They’ve conceded 47 goals in 21 games. What did you think we were going to say?

LEICESTER – Nothing to see here
Claude Puel has repeatedly said he is happy with his Leicester squad, and who can blame him? They have taken nine points from four festive fixtures and the Frenchman remains the most successful dead man walking in the Premier League.

LIVERPOOL – Centre-half
Jurgen Klopp insists it is “not really likely” that Liverpool will sign a centre-half this winter, even though the Reds smashed the January transfer window into pieces last year. With Joe Gomez and Joel Matip both injured, the pressure is on both Virgil van Dijk and Dejan Lovren to not only deliver, but to stay available. They are one setback away from James Milner filling in and probably being mint.

MANCHESTER CITY – Central midfield
For Manchester City, it is a case of increasing the depth in a pool that is already close to overflowing. They have at least two quality players in every position, bar goalkeeper, left-back and central midfield. Fabian Delph and Oleksandr Zinchenko provide adequate back-up for Benjamin Mendy, while Ederson is far less likely to break down than 33-year-old Fernandinho. The Brazilian has been predictably excellent this season, but someone will need to help carry the central midfield load sooner rather than later. They struggled without him against Leicester and Palace.

MANCHESTER UNITED – Centre-half
The arrival of Ole Gunnar Solskjaer has coaxed some goalscoring form out of Marcus Rashford and Romelu Lukaku, so United should properly stick the knife into Jose Mourinho by signing a centre-half for about £200m or something. The interim manager has inherited a squad that does not need considerable reinforcement, despite his predecessor’s protestations. But while Anthony Martial, Fred and many others will have the shackles loosened, a new centre-half wouldn’t go amiss.

NEWCASTLE – Left-back
When asked at a fans forum in September whether Newcastle had attempted to sign left-back cover the previous summer, the reply was revealing. Not only did they confirm suspicions, they clarified that signing “an offensive left-back” to compete with Paul Dummett would be a January transfer window aim. A central midfielder, a winger and a striker would be welcome, but the foundations need to be properly secured before anything substantial can be built.

SOUTHAMPTON – Right-back
As lovely as it is to see an 18-year-old Academy graduate line up at right-back, it is a big clanging bell that says ‘buy another sodding right-back’.

TOTTENHAM – Central midfield
The latent desire to sign a central midfielder has become a burning necessity due to Eric Dier’s untrustworthy appendix. His absence, combined with the perennial unavailability of Mousa Dembele and Victor Wanyama, leaves Tottenham placing all of their eggs into a basket marked ‘Moussa Sissoko’ – a sentence no-one ever thought they’d read. Harry Winks and Oliver Skipp can only help plug the gap for so long.

WATFORD – Striker
Of the 17 clubs who spent all of 2018 in the Premier League, only Southampton (38), Burnley (37), Newcastle (35), and Huddersfield (22) have scored fewer goals than Watford (41). The newly-work-permitted Adalberto Penaranda may help shoulder the goalscoring burden, but Javi Gracia would do well to bring in someone else just in case.

WEST HAM – Central midfield
In the most surprising football news of the season by far, Jack Wilshere is reported to have suffered a setback in his recovery from a persistent ankle injury. He joins fellow summer signing Carlos Sanchez in the West Ham treatment room, leaving Manuel Pellegrini more than a little over-reliant on Declan Rice and Mark Noble. Still, at least they now have another feckless winger in Samir Nasri.

WOLVES – Striker
Raul Jimenez has started 19 of a possible 20 Premier League games for Wolves this season. The one match he did miss saw Adama Traore toil in a central position against Newcastle, with Jimenez introduced at 1-1 to help turn one point into three. There is no viable alternative to the Mexican international (who has only scored six goals) in a squad otherwise strong enough to hold out for reinforcements until next summer. Hence the links to Tammy Abraham on loan.