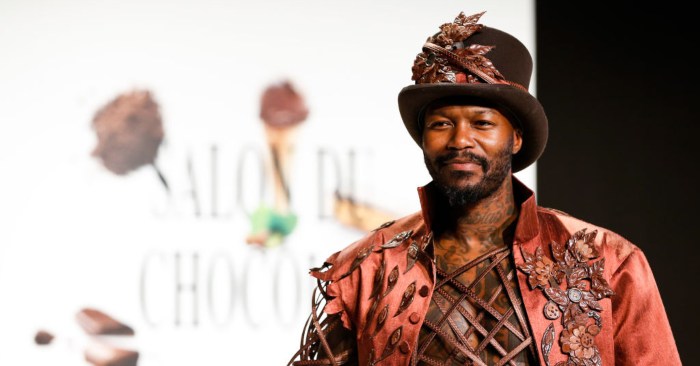 Thank you for your mails. Send more to theeditor@football365.com

Disappointments, erm, X
Here’s a random topic for a Wednesday mailbox. A disappointments XI. Players who signed for your club that you had high hopes for, only for it to all end in tears. It doesn’t matter if they were expensive or free, it’s about how excited you were for that player. So you might have Shevchenko for Chelsea or Sanchez for Man United but I wouldn’t have Andy Carroll for Liverpool, even though he was a big money signing, as I always expected him to be terrible.

They could be high profile, but also could be a young prospect you signed that you had high hopes for. This is about your personal expectations, which sometimes, especially when you’re younger, are very far from reality. Here’s my XI (I’ve got for a bit of a cheat Garth Crooks 4-3-3 with a shoehorned midfield, but we’ve had so many disappointing forwards I had to get them in).

(Actually, you have a 3-3-3 which would make this a Disappointments X but who’s counting? Well, apart from us…- Ed)

GK: Simon Mignolet – This was tough as we’ve had lots of terrible keepers but I didn’t really have high expectations for any of them. Mignolet I thought looked good at Sunderland though and it just hasn’t worked out.

LB: Alberto Moreno – An exciting young player, coming from Sevilla, who could lock down the tricky left back spot for years to come. That’s what I thought. It wasn’t to be.

CB: Sebastian Coates – Coates was voted Young Player of the Tournament in the 2011 Copa America, won by Uruguay. I therefore had a firm belief that he was going to be the next Vidic. I was left disappointed,.

RB: Glen Johnson – Haven’t really been excited by any of our RB signings. Johnson wins for the fact he had a decent sized fee, played for ages and wasn’t really that good.

LM – Ryan Babel – Like a few of these, signed young which gave me permanent hope he would finally come good. For Ryan Babel, that seems to have only happened in the last two seasons, long after he left us.

CM – Alberto Aquilani – A mixture of injuries, failing to settle and not being Xabi Alonso meant that this was never going to work. A hefty fee and high hopes but they were soon dashed.

RM – Jari Litmanen – I was 16 or 17 when we signed Litmanen and was highly excited. Jari Litmanen! He was amazing on Sensible World of Soccer, which was the extent of my European football knowledge at the time. Hence I thought he would be an absolute superstar. In the end he was OK.

CF- Fernando Morientes – Scored four goals against Madrid the season before he signed for us, leading to huge excitement from me. Big name, big reputation, very few goals.

CF – Robbie Keane – Keane managed to dash my hopes quicker than all the others, scuttling off back to Spurs before even seeing out a full season.

CF – Djibril Cisse – Ah, the folly of youth. £15m in those days was a big signing and my 20-year-old self believed that he would be the striker we were lacking. I even put money on him being top scorer that season. I didn’t win.

Anyone else got a disappointments XI (or X)to share?
Mike, LFC, London

Play the kids, Liverpool
Agree very much with thoughts on Liverpool’s ‘like a new signing’ players. Klopp could also argue players like Harry Wilson, Ryan Kent and Herbie Kane, who have returned from very productive loan spells, are like new signings with the former two perhaps providing cover for the front three. Klopp also seems to rate Ki-Jana However who looked very composed in the FA Cup last season. As a fan I would rather youngsters be given a go first before spending £45 on a spare fullback.
Joe, Midlands

Man United to finish fourth? Ha ha
I’ll bet I’m not the only one to get a laugh out of Adeel’s mail asserting that United will finish fourth next season. He admits that United are lacking a lot up front and in midfield, but because Arsenal have no money they won’t be able to finish above United. This being the same United that went wix games without a win at the end of last season, including games against Huddersfield and Cardiff (no disrespect). They only had three wins in the league from the beginning of March! But because Arsenal have no funds, United will finish fourth.

Sell Pogba now
The whole Pogbagate thing unfolding now with Raiola’s (and Pogba’s) comments is getting ridiculous and demonstrates what a complete shambles Manchester United are in at present. The main knock on OGS, along with a dearth of top-level coaching experience, has been questions over whether he had the temperament to be resolute and make the tough calls required as Manchester United manager. How he handles this situation will answer that question.

As for Pogba, he simply needs to go now. He has disrespected the club with his comments, and if that wasn’t clear enough, Raiola has now doubled down on his plans to move Pogba on. Solskjaer needs to move quickly, get the best possible deal for United, and ship Pogba on. The longer this goes, the worse it is for United, obviously.

Rumours now indicate that United are willing to let Pogba go in 2020, but this would be an abject compromise and would demonstrate utter weakness from Solskjaer and United. Let’s not compare this to the C. Ronaldo situation in 2008 either. For the most part Ronaldo kept quiet about his desire to move on, and he put in a monster effort and performance in his final year before, as agreed upon, moved on to Real Madrid in 2009. Pogba does not have and has never had that work ethic in him, and he would be a disaster with this arrangement. If Pogba feels he has outgrown the club and needs to move on, then fair play, but going public on it as he and his agent have done undermines the club and is a slap to the face to United supporters.

Pogba needs to be sold now, and how Solskjaer deals with this crisis will determine how Manchester United perform this year and whether OGS fancies employment at United beyond December of this year.
Lionel (Skriniar for Lukaku = no brainer) Singapore

Man United going British is better…
This mail is going to seem bipolar, with a positive and a negative takeaway from United’s summer transfer strategy. United’s recent transfer dealings have gained a lot of ridicule from fans and other people alike. I do feel however the backlash is a bit unfounded.

The common reaction to AwB and James have been they are too young and inexperienced to change the tide at Old Trafford. But I think these were the right signings to make at this point. The rebuild needed at United will take more than a couple of season, expecting huge signings to come in and make an immediate impact is how we got into this mess to begin with. United must rebuild the strong homegrown base they had, without it they can keep bringing in new stars every season who will get bored after a year or two of playing with a weak squad and not winning anything.

Even if we are able to sign a De Ligt, or a Bruno Fernandes will they even see us as more than a stepping stone?

At present our ‘strong British core’ includes the likes of Smalling, Jones, Shaw, Lingard, Rashford. We absolutely need to improve on this to have long term stability in the squad. AwB and James are a step towards that direction, together they could possibly run United’s right side for the next decade.

Coming to the negative, I don’t know how we let smart signings like Andre Gomes and Tielemans not even appear in our radar. Especially after we just lost Herrera, with Pogba expected to follow soon, and our starting CDM from last season looking more and more on the wane.
Yash, MUFC

Basically, let’s go back to the Eighties
Further to Tim’s email, a culling of the Champions League teams needs to happen. A competition ruined by Platini in order to line the pockets of Uefa, its executives and big clubs.

Currently finalists play 13 games after the group stage kicks off. I propose that 16 teams play in the tournament. The winners of the top eight leagues go directly into the group stage. Eight places are filled by a qualification system, the same as now only with winners of leagues. Previous season Uefa cup winners can forget about it. Four groups of four, quarters, semi, final. The second round currently being a whole heap of wasted time played over about one whole month with internationals in the middle. Therefore, 11 matches in total for the big league teams, saving the poor darling players legs for 180 whole minutes and not losing the club’s too much in matchday revenue. Everyone wins. We regain a competition with some prestige instead of having any old tat (Spurs) reaching the final.

I’ve given up watching the damned thing, particularly the ridiculous group stage. I only tuned into the final last season, a final that was barely watchable. The Europa League will also be more prestigious as all the other teams are competing in that and should be played on a Tuesday. Sort it out Uefa and bring back the Cup Winners Cup while you’re at it.
Baz, Dublin

Who Oliver should support…
Oliver Dziggel, have you thought about supporting Chelsea? If you like the itinerary below you had better stock up on A4 paper and felt tip pens. Here goes:

Heathrow Express from Heathrow to London Paddington is 15 minutes every 15 minutes. From Paddington it’s a 12 minute tube ride on the district line to Fulham Broadway, and then approximately a 10 minute walk or even shorter bus ride to Stamford Bridge.

Even with waiting for trains and buses and a possible change at Earls Court, it should still be an hour max from airport train station to turnstile.

Make sure your biometric passport is in tip top shape and try to fit in as many matches as you can before the 31st of October for an even swifter international plastics experience.
Samwise, MUFC

Women’s football and the difference
I have enjoyed watching the Women’s WC. Here in Ireland, our state broadcaster, RTE, showed all the games and I was able to catch many of them. My daughter (who has featured on these pages before) was keen to see the USA in action, she knew all the players and their stats and had been playing them on FIFA on the Xbox for a while now. She was delighted they won in the end, though it wasn’t really a surprise now was it? But England did give them a great game in the semi final.

But here’s the difference. My daughter has a teenage cousin in the USA, in Rhode Island. She plays football in high school and has hopes to go to college to continue playing. Her parents told us that her high school football coach is on a salary of $100K a year (there are other paid coaches for other sports as well) and of course the parents pay the fees for this. That is just the coach for girl’s football. That coach is not a teacher, they do not do anything other than coach the girls at football in school. A 100k a year. In secondary school. In one school on the east coast of the USA. And that, folks, is one of the main reasons why the USA has won the World Cup twice in a row. And would you bet against them doing three in a row?
Andy Gilleran, Dublin, THFC