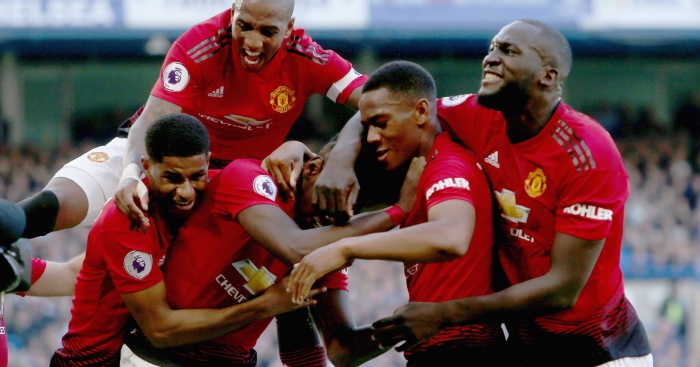 Manchester City v Tottenham
Described by our very own Matt Stead as “the most ridiculous game you might ever care to see,” Wednesday’s 4-3 epic was clearly off the f**king scale. It really was the game that had it all. Question is, can these two heavyweight titans serve up another classic this weekend?

One thing in City’s favour, psychologically at least, is the fact we won’t have VAR. The new technology ran the rule over two big calls on Wednesday and both went against Pep Guardiola’s men. Spurs are on course for a top-four finish but with the Quadruple now gone the Citizens must concentrate on landing the title before they even start to think about the FA Cup final in May. They will surely be revved up and have the chance to exact a modicum of early revenge on Spurs. It’s sure to be lively and given how dodgy both defences looked the other night 2/1 on this match featuring a penalty is not the worst bet in the world.

Bournemouth v Fulham
Fulham stunned Everton last weekend but Bournemouth trumped that by winning 5-0 at Brighton. And while the Cherries have been anything but reliable from a betting perspective they look worth a go here, especially when you factor in just how easily they handled the Cottagers when winning 3-0 in west London back in October. The Cherries have also lost just one of their last 11 games against Fulham. So there.

Betting: Bournemouth to win and both teams to score at 2/1 (bet365)

Huddersfield Town v Watford
The Terriers have lost 19 of their last 21 games. They are terrible. More importantly, why does everyone lose their f**king minds when it’s a Bank Holiday? The shops are only shut for one day, you panic-buying pack of fools!

West Ham v Leicester City
Manuel Pellegrini was probably watching Wednesday’s Champions League blockbuster wondering who out of that City side he could sign for West Ham in the 2024/25 season. To be fair to the Chilean, he’s a top boss and could yet mastermind a top-10 finish for the Londoners. They have some key men back from injury and having won three of their last four home games I fancy them here.

Wolves v Brighton
Brighton have shipped ten goals in their last four games and have been terrible for weeks. Wolves, meanwhile, are unbeaten in their last five at Molineux. You do the math.

Newcastle United v Southampton
The Saints have won four of their last six and are certainly scoring goals, having found the net at least once in each of their last six games. But I’m f**king done with Newcastle. Needed them to beat Crystal Palace for decent money on Grand National weekend then lumped on Leicester City to beat them the following Friday. Gas. Oven. Job.

Betting: Southampton to win and both teams to score at 6/1 (bet365)

Everton v Manchester United
The Red Devils have not kept a clean sheet for nine matches and have lost five of their last seven. However I’m not having all these gobs**tes on talkSPORT saying Ole Gunnar Solskjaer needs to go. Give your heads a wobble; he’s not even made a signing yet.

Arsenal v Crystal Palace
For all the criticism often aimed at this Arsenal defence, they have now kept six clean sheets in their last seven games. Palace are safe so nobody’s sure how they will approach this. The home win looks a stick-on though.

Cardiff City v Liverpool
Sadio Mane has scored first in each of his last two games so the Liverpool live wire looks over-priced at 9/2 to notch open the scoring when the Reds hit Cardiff. Huge game, this, for both clubs – and obviously for very different reasons. As readers know I’m partial to an odd-on shot but think Liverpool are very short here at around the 1/5 mark. Cardiff have weighed in with some big performances in recent weeks and are still scrapping down at the bottom. (MC – And Liverpool have never beaten a team in 18th with Jurgen Klopp in charge. Ahem.)

It should be a cracking game but the result is no foregone conclusion by any means.