Home Arsenal A manifesto for rescuing the Champions League… 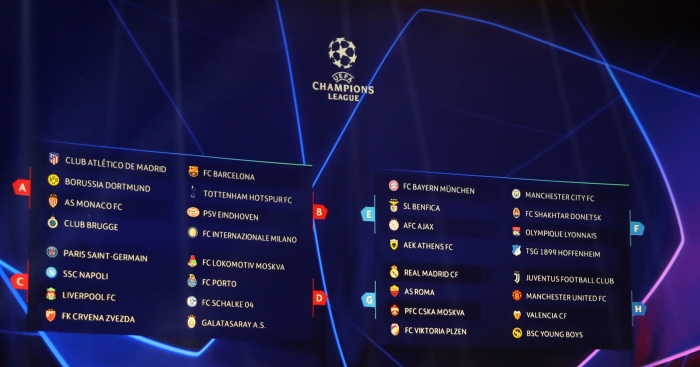 As the Champions League and Europa League get underway this week, following both tournaments’ extensive qualification campaigns, it’s a good time to say, yes, we all love European football, but both of these tournaments are severely flawed and need a major overhaul if they are to continue being interesting to what appears to be a narrowing TV audience. Needless to say, I have a plan. Let’s go back to the 90s!

Many of us really look forward to the start of both competitions, perhaps especially those of us who are not overly wedded to the idea of the Premier League being a gift to humanity from on high. I favour the Europa League because it’s a chance to see football played by clubs you’re not quite so often exposed to and it feels a little more exotic as a result. Also, the same clubs don’t always seem to be playing the same games against the same teams, which is sometimes seen as one of the major problems with the Champions League. After all, with a few exceptions, it is largely the same clubs playing it in every year.

It is incredibly dishonest to call it the Champions League, of course. And this is the first thing that needs to be overhauled. If you won your league and you’re in Europe you should be automatically entered into the competition proper, not forced to do some qualifying song and dance just because you won a league considered in some ways lesser.

But this dishonesty has become normalised, so much so that few now question the fact that 15 out of the 32 sides in this year’s competition are not champions.

The Europa League, on the other hand is not a league. It has a league stage, yes, but some play knock-out games to get into that, and when you make it out of the group, you play more knock-out games. So again, it is inaccurately named. Unfairness is at its core because just when you’ve got through the league stage, you are then confronted with playing the third-place sides from the Champions League.

Whatever the reason we have arrived at this state of affairs – and I assume all of them are to do with money for UEFA, for the clubs and for media companies – in the UK, with all the games being on BT Sport, they are attracting relatively few viewers compared to the glory days of ITV’s coverage with Clive, Clive. There should be concern that far from being the cash cow that everyone adores, it is increasingly being seen by fewer people and thus fewer people care about it, at least until the latter stages. It’s all very well everyone talking about it on radio and TV but if you can’t watch it, then it slowly becomes irrelevant to daily football lives. The highlights on ITV have to be on too late and are simply not a substantial European meal.

It should be said that many of us are old enough to remember the days when European football was a three-tournament affair and there was absolutely nothing wrong with it at all. The champions played each other over two legs in knockout games from the start. There was no seeding, so as happened in 1978-1979 season, Nottingham Forest could be drawn v Liverpool in the first round. This was brilliant. Every game had real jeopardy. Some games were virtually a walkover, others as tense and tight affairs as you could wish to see. There was little room for having an off day. It was, in short, a proper competition, not a semi-fixed outing for the richest clubs to get richer.

Today, with a complex seeding system to ensure certain outcomes can happen and others cannot, UEFA attempts to fix the Champions League from the start to try and ensure the biggest money-generating clubs qualify. It amazes me that this isn’t even questioned by fans or is actively endorsed as a good thing. What exactly is wrong with just drawing teams out to play each other at random? Nothing. Do we use rankings, seeding and coefficients for the FA Cup draw from the third round onwards? No, we don’t. The two biggest clubs can play each other in the third round. Does anyone think they should be kept apart until later in the tournament? No. So why is it so accepted in the Champions League as the norm? It’s time to wake up and stop taking such nonsense for granted.

To return briefly to that especially despicable element to the Champions League in how it shats out its third-placed sides into the Europa League, that simply needs to end. It is inexplicable, unfair on those who have progressed to the Europa last 32 and again, reduces the jeopardy for the Champions League. To add insult to injury, many of the jettisoned clubs appear to not even want to play in the Europa anyway. Few are happy with this outcome.

In a bid to expand the number of teams that play in Europe from 80 to 96, not in itself a bad thing from an entertainment point of view, UEFA are to introduce an as yet undefined third tournament in 2021, which I imagine will be something like the old and very excellent Cup Winners’ Cup.

Even though one of the top five or six usually wins the FA Cup and thus may already be qualified for one of the other tournaments, the losing finalist might not, and if they are then they should go back to the semi-finals to find the one who goes into Europe. Also, if there’s a place for the League Cup winners, this expands the chances of bringing more new teams into Europe and it makes both cup competitions have real importance. You might be able to get into Europe just by getting to a semi-final.

However, there is a problem with such an expansion of European opportunity that didn’t exist when we last had a three tournament European set-up. And that is the weird fact that some English sides (and maybe others in Europe too) don’t really want to play in Europe that much; they’d rather just cling onto their Premier League status and, despite having loads of money, seem unable to deploy it properly in order to be able to compete on two fronts.

Time and again we’ve heard managers complaining about having to play in the Europa League on Thursdays and how it ruins their league form, as though it is some sort of inevitable curse and not, as seems far more likely, a failure of their own making through their own inadequacy of planning, resources, talent and ambition.

So to recap, in order to improve European football tournaments, seeding should be abolished, ensuring nothing is contrived and everything is random. The Champions League reverts to being a knock-out tournament for actual Champions. The Europa League is renamed the UEFA Cup and gets rid of the group stage and is a knockout tournament for clubs who finish from second to sixth. The new tournament will be called the Cup Winners- Cup and is for winners of domestic cups, or if they are already qualified, the runners-up, or semi-finalists. This would mean, at least from England, there would be eight clubs in Europe each season.

This would be a far superior offering, it would give more clubs a chance at playing on different stages, it would offer real tension and jeopardy, it would be three proper cup competitions and not a procession designed, if at all possible, to make it easier for the elite to progress. In short, it’d be like the 1990s again. Great, huh?