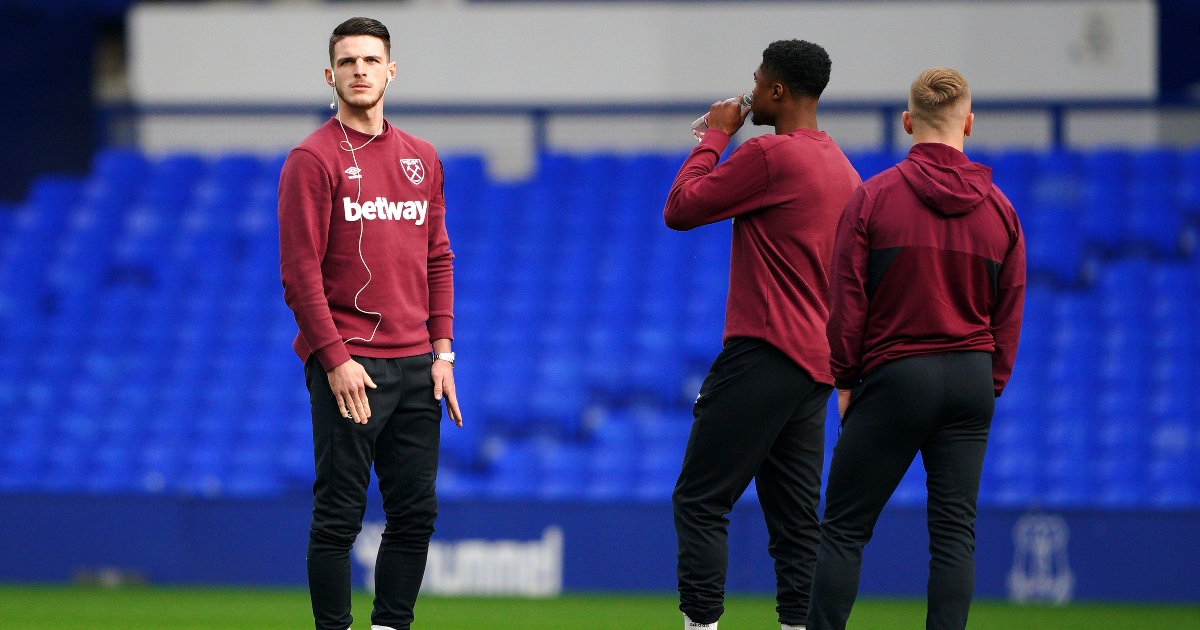 Garth Crooks believes it is “only a matter of time” before West Ham midfielder Declan Rice moves to a club for Champions League football.

The England international impressed once again as the Hammers beat Everton 1-0 at Goodison Park on Sunday.

Angelo Ogbonna’s second-half header was the difference between the sides as David Moyes’ men jumped up to sixth in the league table.

Crooks was impressed by Rice in the middle of the park and believes he has the potential to succeed Mark Noble as club captain.

“If ever there was a player to take over the captaincy of West Ham from Mark Noble then Declan Rice was that player. He gets better with every game,” Crooks said on BBC Sport.

“He seems to cover more ground than anyone in his team and you can guarantee 100% effort every week. No doubt that’s precisely what David Moyes and England manager Gareth Southgate think of him. Rice showed all of those redeeming qualities against Everton.”

Is there anything this man can't do? 🤩 pic.twitter.com/VMc3OTPRlj

However, the BBC pundit believes big clubs will be chasing the 22-year-old and claims that he deserves to be playing in Europe’s premier competition.

“West Ham fans won’t like me for saying this but how long can the East London club hold onto him? This lad should be playing Champions League football. It’s only a matter of time.”

A potential destination for Rice is Manchester City. The Citizens are reportedly prioritising the West Ham man as a replacement for club legend Fernandinho.

The Athletic says the Premier League champions see Rice as the man who can fill the Brazilian’s boots.

The player is keen to take the next step but the midfielder is under contract until 2024, with West Ham having the option to extend that deal for another year.

Irons manager Moyes was full of praise for Rice after his impressive performance against Everton.