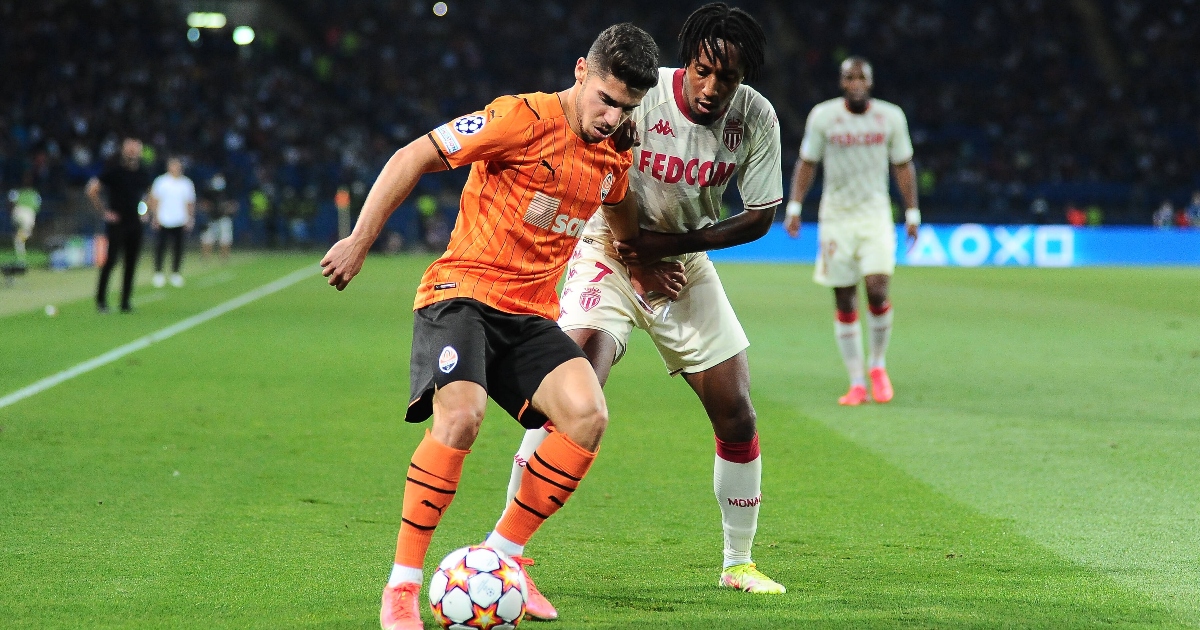 The agent of Shakhtar Donetsk winger Manor Solomon has hinted the Israeli could leave the club soon, with Arsenal reportedly interested.

Solomon has impressed for club and country in recent seasons and has expressed a desire to play in one of Europe’s top leagues.

So far this campaign the 22-year-old has scored one and assisted one in ten appearances in all competitions.

He missed Shakhtar’s Champions League loss to FC Sheriff last week, and his future could depend on the Ukrainian side’s progress in the competition.

Interest in the Israel international is thought to be high, with Aston Villa, Arsenal, Atalanta and AS Roma reportedly keeping tabs on the player, according to HITC.

The Gunners were linked with the winger in January, but did not make a move for him.

And Solomon’s agent has indicated the 22-year-old could leave Shakhtar very soon.

Shlomy Ben Ezra told Sport5: “Shakhtar refused (offers from) anyone who approached them (during the summer).

“January is another starting point because there’s another transfer window but it depends on the team’s results in the Champions League. In the end, (a move away) will happen.”

Shakhtar have a history of selling players to Premier League and European clubs. Fred, Fernandinho, Douglas Costa, Willian, Henrikh Mkhitaryan and more have all left in recent years.

The Donetsk club won the league title last season, with Solomon producing 11 goals in all competitions.

Former Chelsea boss Avram Grant was high in praise of the youngster, telling Hebrew outlet One: “Sure! There are no players like him who can easily dribble past players. He’s getting better all the time, he’s a professional guy.”

Current Villa winger Leon Bailey announced himself as a Villan on Saturday evening, coming off the bench to score against Everton in a 3-0 win.

The Jamaican also whipped in a corner that was converted into his own goal by Lucas Digne.