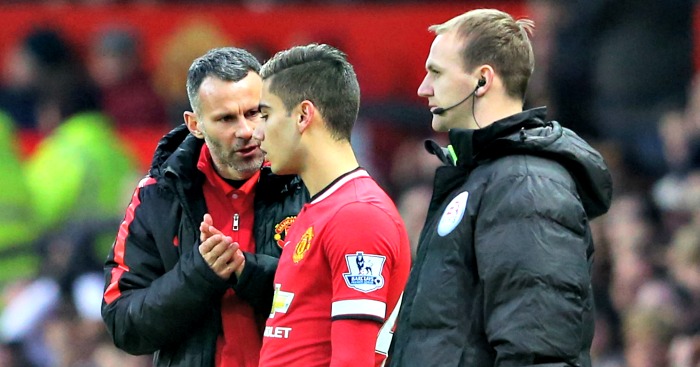 The criteria to be selected is as follows:

* The player must have made only substitute appearances in the Premier League this season; no starts are allowed.

* Steven Caulker must play in net if no viable alternative can be found.

Goalkeeper: Steven Caulker
Scraping the barrel? What do you mean? Steven Caulker takes his rightful place as the goalkeeper in this side.

Alright, I’ll level with you. The keepers who have made only substitute appearances and no starts in the Premier League this season – namely Ryan Allsop of Bournemouth and Giedrius Arlauskis of Watford – have since been sent out on loan. Liverpool’s January signing Caulker made one start for Southampton in August, but has been restricted to a role as a late substitute in three Reds games, each time as a striker. He is yet to start a match under Jurgen Klopp. The England international would provide some much-needed competition for Simon Mignolet; he is so much better than Adam Bogdan.

Right-back: Cristian Gamboa
“I don’t play because the boss doesn’t like me,” Gamboa once said of West Brom manager Tony Pulis. Being handed just 24 minutes as a substitute this season supports the Costa Rican’s theory. Gamboa replaced James McClean after 63 minutes in both his first and last appearance. This was back in August. The 26-year-old had played three games for the Baggies in all competitions this season; he has played six for Costa Rica.

“He has always liked these two-metre tall defenders and likes to play with four centre-backs,” Gamboa continued, speaking last year. “He doesn’t like wing-backs capable of attacking. My style doesn’t suit his style. So, I have no chances of playing.”

Centre-half: Yohan Benalouane
Who has been Leicester’s player of the season so far? Jamie Vardy, with his tenacious attitude and 19 goals? Riyad Mahrez, with his skill, trickery, and 26 combined goals and assists? N’Golo Kante, with his chart-topping interceptions and tackles? Or Yohan Benalouane, with his four substitute appearances comprising 66 minutes of football.

After Claudio Ranieri sent his defensive summer signing on in the second half of both of Leicester’s opening two games, the Frenchman will have harboured thoughts of breaking into the first team. Just two further appearances – and only one since September – likely dampened such dreams. The 28-year-old was signed at the same time as Kante from Serie A side Atalanta. They have taken rather different paths since.

Centre-half: Kevin Stewart
If Lucas can do it, Kevin Stewart can. Dropping from defensive midfield into central defence is a trick not quite mastered by Michael Carrick at Manchester United, with Daley Blind also struggling with inconsistency since switching to the role. Stewart, 22 and signed by Liverpool in summer 2014, has made one substitute league appearance this season – in the 6-0 hammering of Aston Villa in February.

“He could also play centre-half but that was never really his position,” said Liverpool under-21 coach Michael Beale in February. That’ll do.

Left-back: Sebastien Pocognoli
For Sebastien Pocognoli, read Cristian Gamboa. The Belgian left-back was signed by West Brom manager Alan Irvine in summer 2014, and started 15 of the next 20 games. Then Tony Pulis replaced Irvine in January 2015. Pocognoli has not started a single Premier League game since. His sole appearance this season came as a substitute against Manchester United, during which he assisted Salomon Rondon’s winning goal. Perhaps he will be rewarded with a seat next to the manager on the bench.

Central midfield: Mikel Arteta
Arsenal’s erstwhile captain, Arteta has been employed to provide Jack Wilshere with company in the Gunners’ treatment room for the majority of the season. But the Spaniard has made eight substitute appearances, with his last league game coming against Liverpool in January.

‘Mikel Arteta injury: Arsenal captain may have played his last game for the Gunners after he’s ruled out for three months,’ reads the headline in The Independent. The story was published in January 2015. A year on, and the 33-year-old is in the exact same position. Expect a new one-year contract extension in the summer.

Central midfield: Darron Gibson
Completing the world’s most injured central midfield partnership is Darron Gibson, who is yet to play a league game in 2016. The former Manchester United midfielder has been restricted to four games worth 39 minutes of action. The 28-year-old has suffered numerous setbacks in recoveries from knee and foot injuries, starting just three league games since the start of the 2013/14 season. Manager Roberto Martinez said that the Republic of Ireland midfielder had hit the “reset button” on his stalling career back in September. He has started twice since.

Attacking midfielder: Nathan Dyer
No player has made more Premier League substitute appearances this season without starting a single game than Nathan Dyer. After coming off the bench once for Swansea in August, the winger has done so 11 further times as a Leicester loanee. Only Southampton striker Juanmi can ‘boast’ a similar record. With just 212 minutes of league football to his name, the 28-year-old is in line to earn a Premier League winner’s medal come May. The most unworthy recipient ever? Not a chance.

Attacking midfielder: Andreas Pereira
In a season where Louis van Gaal has handed playing opportunities to youngsters like he will have no Old Trafford tomorrow, Andreas Pereira remains unsatisfied with his chances. The Brazilian has made four substitute appearances, but James Weir, Will Keane, Nick Powell and James Wilson have also played, despite Pereira being one of the more highly rated academy products. The attacking midfielder has played just 80 minutes in the league. Cameron Borthwick-Jackson has 528 minutes, Paddy McNair has 312, Marcus Rashford has 245, Adnan Januzaj has 141, Timothy Fosu-Mensah has 132 and Donald Love has 52.

Attacking midfielder: Clinton N’Jie
When the footballing world continued to make the point that Tottenham need a new striker to provide back-up to Harry Kane, Clinton N’Jie was Mauricio Pochettino’s answer. The Cameroonian has since started just one game as a striker, in the 2-1 defeat to Anderlecht in the Europa League. He attempted one shot – as many as Eric Dier, Toby Alderweireld and Kieran Trippier – and did not make a single key pass. In the Premier League, N’Jie has been introduced seven times. The £10million signing from Lyon has assisted one goal in that time, but has failed to score himself. The 22-year-old recently expressed his ‘hunger’ at returning from an injury which has sidelined him since December. Good luck, chief.

Striker: Patrick Bamford
A breakthrough season at Chelsea? Not quite. Never mind, Crystal Palace should give you a decent first shot at the Premier League. ‘Terrible’, you say? Oh well, perhaps Norwich’s total football will provide you with better luck. Then again…

Patrick Bamford has made nine substitute appearances in the league this season, six for Palace and three for Norwich. Despite his competition being comprised of Connor Wickham, Fraizer Campbell, Dwight Gayle, Marouane Chamakh, Cameron Jerome and Lewis Grabban. Jordon Mutch started more games as a centre forward at Selhurst Park. Bamford has made more appearances (nine) than he has attempted shots (seven).