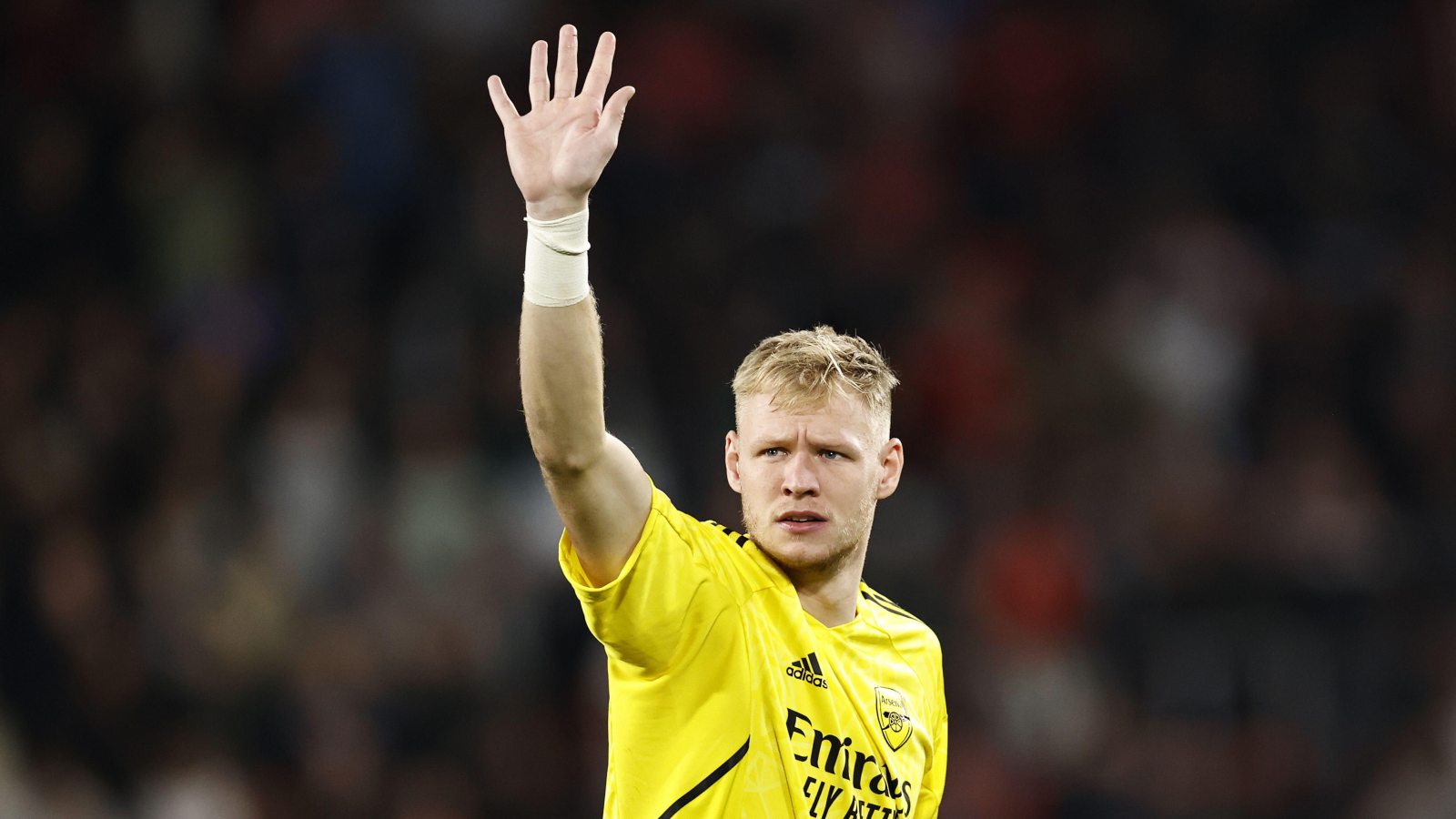 Aaron Ramsdale has called for Arsenal to go back to basics after they slipped to Europa League defeat at PSV Eindhoven.

The Gunners were deservedly on the wrong end of a 2-0 loss as goals from Joey Veerman and Luuk de Jong secured the win for the hosts.

It was just a second defeat of the season for Arsenal, who sit top of the Premier League with their single loss coming at Manchester United last month.

Defeat in Eindhoven follows a 1-1 draw at Southampton last weekend and, with Nottingham Forest the visitors to the Emirates Stadium on Sunday, Ramsdale is keen to get back on track.

“I don’t think it’s a reality check,” he told the Evening Standard. “I just think we need to go back to what we were doing, our basics better than what we have shown in the past two games.

“What has gone on on the pitch we can’t change right now, so Sunday it is full focus on the Premier League and getting back to winning ways we hope.”

Ramsdale admits he made an error which led to de Jong’s goal and refused to blame any other factors for the loss.

“It doesn’t help when you come away from home, goalkeeper makes a mistake, 2-0, uphill battle and it is one we have got to get back from,” he added.

“There are plenty of things we can take from this, as a team and individually. But we are a good enough team not to be blaming things, obviously the pitch, etc.

“There is no point talking about that. We just didn’t really compete too well off the ball. Credit to them as well obviously, they were good with how they set up.”