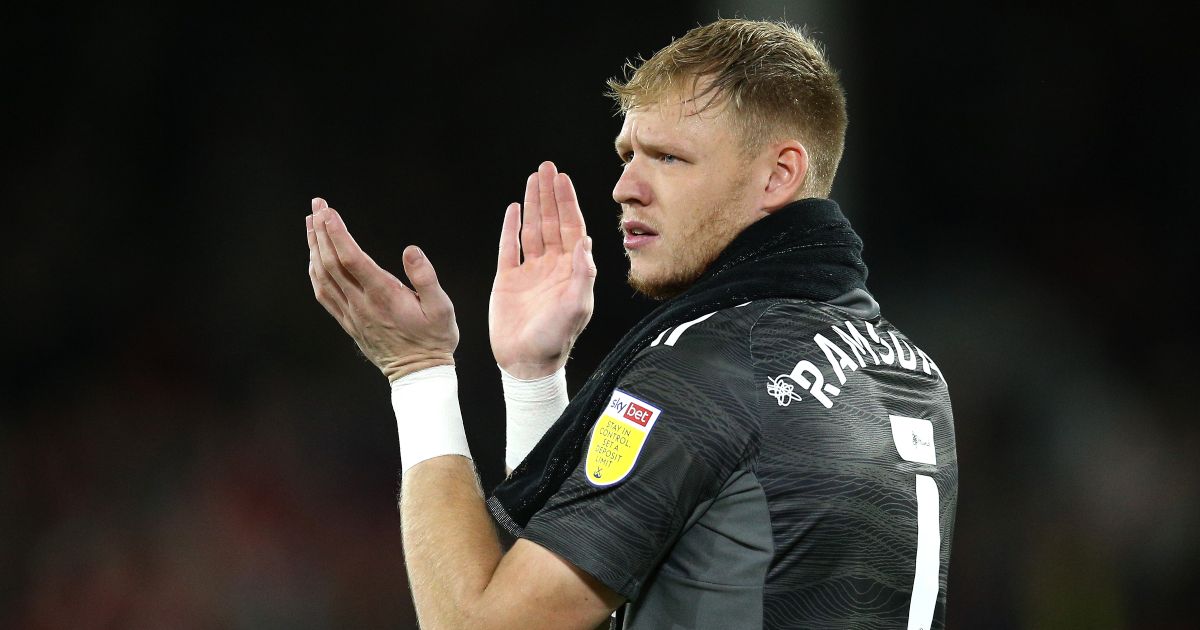 Sheffield United goalkeeper Aaron Ramsdale is desperate to join Premier League side Arsenal this summer, according to reports.

The Blades stopper was named the Yorkshire club’s Player of the Season last term as they were relegated from the Premier League.

His form towards the end of the campaign earned him a call-up to the England squad for Euro 2020 after Dean Henderson had to pull out with an injury.

United boss Slavisa Jokanovic described Ramsdale as “really expensive” last week amid rumours that he could be on his way to Arsenal.

“I don’t have any intention to sell him,” the Serbian said when quizzed on Ramsdale’s future.

“He will be in my starting 11 for the next game. He is a very good keeper and I am really happy working with him. He’s a really expensive keeper too.”

A report had claimed that the Gunners were ‘closing in on’ their goalkeeper signing and were in ‘advanced talks to sign’ Ramsdale from Sheff Utd.

But talks reportedly collapsed the same day with the Blades refusing to back down from their £35m valuation, while Arsenal didn’t want to spend more than £20m up front.

And now Sun journalist Alan Nixon has claimed that Ramsdale is ‘very keen to get this Arsenal move on’ and is ‘pushing hard to get away’.

Nixon adds that the Sheff Utd keeper ‘wants’ Premier League football and the journalist predicts the situation between club and player to ‘escalate’.

Sheff U. Ramsdale very keen to get this Arsenal move on. Pushing hard to get away. Clubs can’t sort a fee. And he wants to be in Premier. This one may escalate …

Meanwhile, Arsenal boss Mikel Arteta is “sure” that the Gunners will continue to bring players in before the transfer deadline.

“In this first period of the transfer window I think we’ve done a few things we wanted to do and it’s going to help us to get the squad in a much better place,” Arteta said when asked how he judged Arsenal’s transfer window to date.

“There is still a bit of the window to go, so I’m sure things will happen either way. We identified what we wanted to do and how we can strengthen our team short, medium and long term, and what we needed to achieve that.

“We defined the profile of player that suits the model that we have at the moment at the club that can sustain our financial position, and we made three movements in relation to that.”