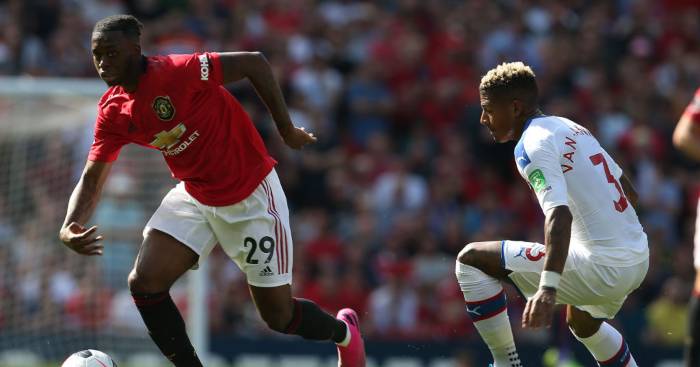 The Dutchman used to play with Wan-Bissaka at Palace before the 22-year-old left to join Man Utd last summer.

Wan-Bissaka has been in good form for the Red Devils this term, earning plaudits for his brilliant defensive play and Van Aanholt thinks he is better than Liverpool’s Trent Alexander-Arnold.

“Better than Alexander-Arnold? Without a shadow of doubt,” Van Aanholt told the Counter Attack podcast when asked about Wan-Bissaka.

“They are different players. Defensively, Aaron is unbelievable, better than Trent.

“Yes, Trent has got his attacking and his corners, his right foot. But if you ask Wilf [Zaha] who he would want to play against, every other day, Trent or Wan-Bissaka, I think he will say Trent.”

Van Aanholt added: “I have got respect for Trent, because he does everything with his assists and he is great, but defensively, just ask Sterling how good Wan-Bissaka is.

“It is a problem, and he will switch. He is one of the best right-backs, I think he could be, his attacking is good, but he needs more goals or assists to his name.

“Defending comes first, but in the modern game, you need to attack, and at United, you get more of the ball, so go forward and show what you have got, but he has been doing good.”