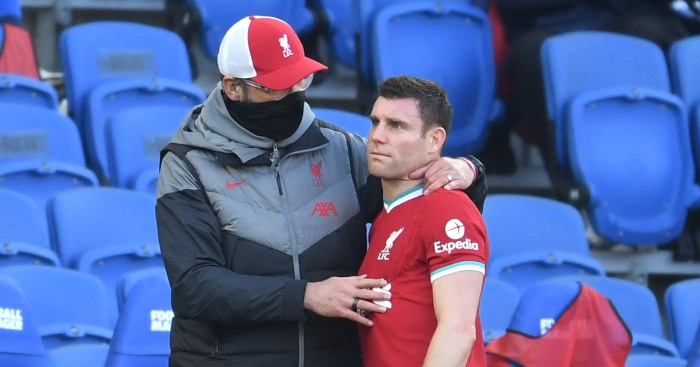 There’s been such a fuss made about player injuries this week, due – it is argued – to playing too much football in too short a space of time. So we have to ask an important question: should the Premier League season be abandoned?

Is it even fair that massively depleted squads are fighting it out? If so many elite players are out with some sort of tweakage, some observers are even arguing they are devaluing the product that is the Premier League.

And we know how precious the Premier League is about its brand. It’s spent 28 years spewing out propaganda to make enough people think it really is premier enough to pay to watch it on TV and it’s been so successful that we now refer to the Premier League era, as though it is different from the rest of football’s history. That’s some serious mindwipe and the last thing they want is its most popular teams (the rest can do what they want) having to struggle on without the high-profile expensive players that the league itself trades upon.

Given we’re only 10 games into the league season and with all the top clubs still having European and cup campaigns to play at a rate of three games a week for much of the time, it is impossible to think that a lot more injuries won’t happen. Sport Science, now so important it has to be capitalised, will tap at the meters they have installed on players’ thighs and show that they’re ‘in the red zone’, which does make it sound like they’re a boiler which is about to explode.

So with the Premier League, or The Killing Fields as some of the more hysterical fans seem to think it is becoming, surely it would be the best thing all round to just bin the whole thing.

After all, there’s a European championship at the end of all this, though if the current rate of injuries is anything to go by, it’ll be five-a-side. You can’t treat players like so much wealthy meat. Why, if you listen to some of the more hyperventilating fans, not having half-a-dozen first-team squad players available is virtually a human rights crime. Will no-one think of player welfare? Well, yes, we can. But it involves not playing football.

We’ve long had to put up with managers telling us how inconvenient it is to have to play football because, hey, players might get injured playing football. So why not give them what they want and pay them for not playing football? They had 100 days of this earlier in the year and literally no-one got injured and the money poured into bank accounts regardless. Brilliant.

There’s no way all these games can be played without this sort of compression of the schedules and can any of us tolerate another six months of weeping fans moaning about their threadbare squads and the injustice of having to play youngsters who they’ve had on the books since they were six but never expected to actually put them in the first team, preferring to buy full internationals instead? There are few worse looks in football than very rich clubs moaning about lack of resources. So let’s shut it down. That’s what they want, or rather, it is the only solution. If we halve the number of games played per week, we’ll not be done until next autumn and the Euros will happen in the last third of the season. It’s all unworkable, everyone is going to get hurt, so turn the key, and walk away. It’s the logical extension of these complaints.

There’s only one thing stopping the cancellation of the season really. We know that the Premier League isn’t “good for the nation’s morale” as Minister for Department of Culture, Sport and Every Feckin’ Thing Worth Living For, Oliver Durden said earlier this year, mostly because the majority of the population are not fussed about football in the slightest. And with tiers two and below getting a few fans in now, there’s plenty of football to occupy us that isn’t the Premier League. Shut it down.

So it’s not fear of a depressed nation weeping at the thought of Burnley v WBA being called off, no, it is the fact that if there’s no football to put on TV, Sky and BT Sport will not stump up any more cash and will want a chunk of what they’ve already paid out back.

This was the reason Project Restart was hatched in the first place and it’s still the only reason football is being played. Without TV money, clubs can’t pay the wage bills, or least not without money being put in by owners, many of whom see no obligation to pay anyone for not doing the job they’re paid to do, understandably enough.

The PFA have made clear their disapproval of wages being deferred or given up and the summer taught us that this was also largely the view of players. If they don’t get paid, there’d presumably be a tsunami of lawsuits for breach of contract and a lot of expensive assets would be free to go and be someone else’s expensive assets.

So the season must go on to pay the £3.1 billion wage bill, regardless of widespread injuries, regardless of whether fans are there, regardless of anything else at all. If as a fan, you’re not happy about this, and are all dewy-eyed at the sight of some of your best and most loved players limping off, and are on social media all day defending the poor lovelies as though they are being treated worse than a Victorian pit pony, then you know where the blame lies.