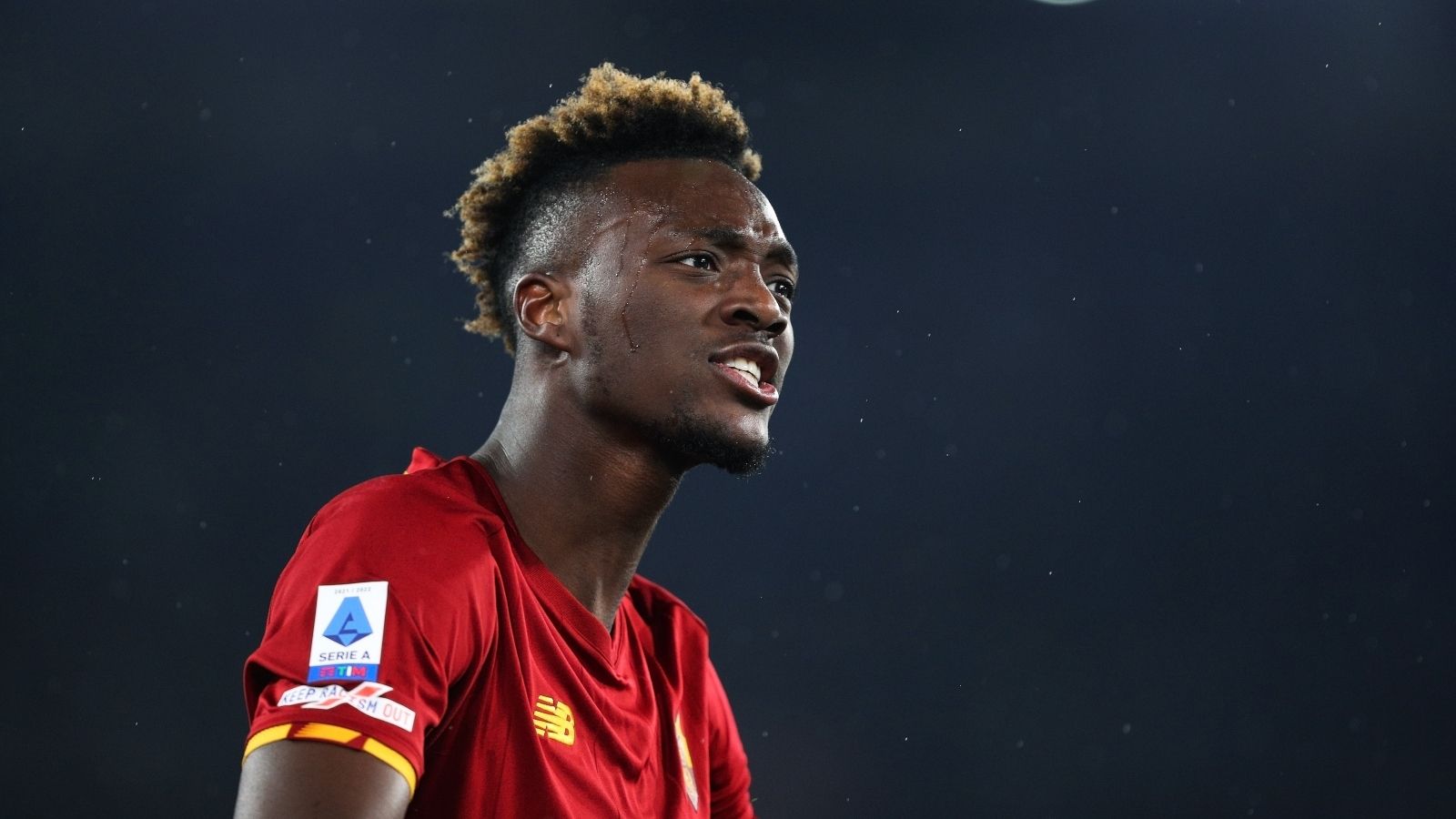 Roma striker Tammy Abraham has hinted at a return to the Premier League and admits speculation linking him with English clubs “makes me feel good”.

Abraham moved to Roma from Chelsea in the summer for £36m having struggled for game time under Thomas Tuchel at Stamford Bridge.

The 24-year-old has been in fine form under Jose Mourinho in Rome, scoring 23 goals in all competitions.

And that’s led him to be linked with a number of Premier League clubs, including Manchester United and Arsenal, with reports suggesting the Red Devils are willing to pay £76m for his services.

Abraham teased a return to the Premier League at some point, but insisted his focus is currently on winning something with Roma.

He told talkSPORT: “When I see reports linking me with other clubs it makes me feel good, it makes you feel like you’re doing something right. It’s a nice feeling seeing your name all over newspapers.

“But for me it’s about focusing on doing my business here. I can keep getting linked with many clubs but who knows what the future holds? Of course I grew up in England, I’m a London boy. So maybe one day I’ll be back in the Premier League to make noise there.

“But for me right now it’s about focusing on Rome, on doing the best I can and hopefully winning these guys a trophy which they haven’t done in many years.”

Abraham’s goals and all round contributions in Serie A have led to calls for him to be recalled to Gareth Southgate’s England squad ahead of the World Cup in Qatar.

And the striker confirmed Southgate has been in touch.

Abraham added: “He sent me a message prior to the international break.

“I think he watched my Lazio game, he was telling me loved the way I played, loved how passionate I was and I need to carry on that mentality and hunger.

“It’s nice to know you’re being acknowledged even when playing away from England.”