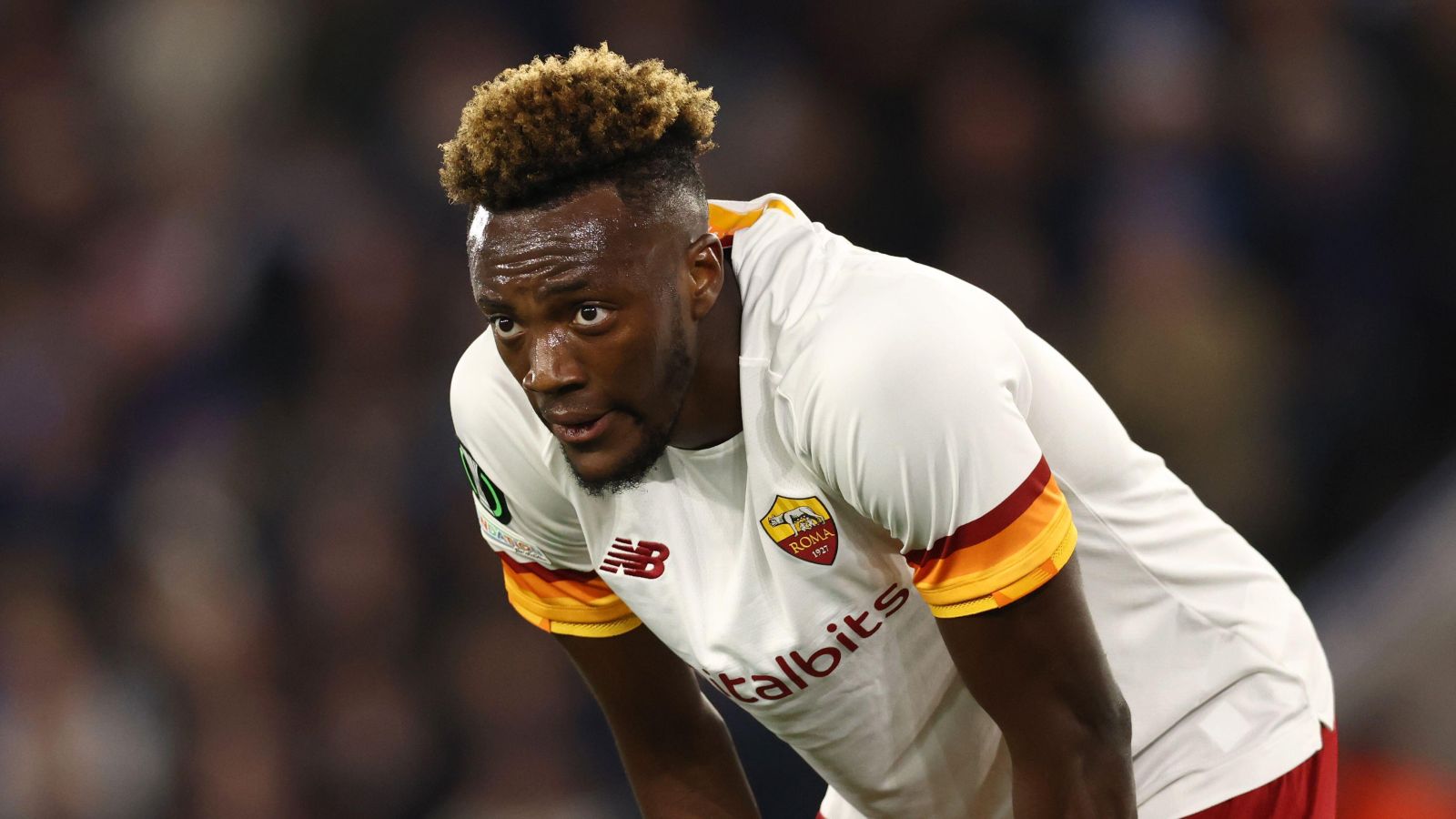 AS Roma forward Tammy Abraham has insisted that he is in “no hurry” to return to England after he left Chelsea last summer.

The England international progressed through the ranks at Chelsea, though he barely featured for them prior to Frank Lampard’s appointment in 2019.

Abraham netted 18 goals across all competitions during his breakthrough season in 2019/20.

The attacker was not fancied by Thomas Tuchel, as he featured less following the German’s arrival at the start of 2021.

The 24-year-old was freed last summer as Roma splashed out around £34m to bring him to Serie A.

This move has been the making of Abraham, as he scored 27 goals in 53 appearances across all competitions last season.

He will be keen to carry on that form next season to guarantee himself a place in Gareth Southgate’s squad for this winter’s World Cup in Qatar.

Speaking on his decision to exit Chelsea, he has insisted that he has never regretted this move:

“Never [have I regretted leaving], not even for a second. Choosing Roma was one of the right decisions I have made in my life,” Abraham said (via Football Italia).

Abraham has been linked with a move away from Roma in recent months, but he has claimed that he is “exclusively focused” on the season ahead in Italy:

“Believe me: I am not thinking of the future, but of the present. I focus exclusively on the season that is about to begin, because I want it to be even more rewarding than the first I experienced in Italy.

“The first day I arrived at Roma I felt at home. I’m in no hurry to get back to the Premier League because I can express my way of playing here. In Italy, I feel happy in every respect.”

Romelu Lukaku has also secured a move to Italy this summer. He has returned to Inter Milan on loan after struggling in his first season back at Chelsea in 2021/22.

The Serie A outfit are paying a £10.4m loan fee to Chelsea, and Lukaku has already stated that he is “so happy” to be back at the club.

The Belgium international is now in training ahead of Inter Milan’s first Serie A game of the 2022/23 campaign on August 13.

Lukaku posted a picture to Instagram on Friday showing his Inter teammates have a joke at his expense in training.