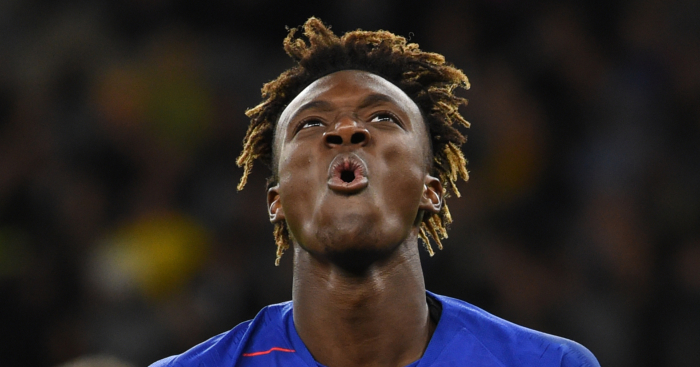 Tammy Abraham is reportedly set to stay at Aston Villa for the rest of the season – but Wolves are still holding out hope they can sign him.

The Chelsea forward trained with Villa, where he is on loan, on Tuesday despite Wolves’ offer.

The Premier League side want to sign the 21-year-old for the second half of the campaign.

Wolves remain interested but, as it stands, Abraham is expected to remain at Villa Park.

He has scored 16 goals in 20 games this season and is the Sky Bet Championship’s joint top-scorer.

Press Association Sport understands Wolves believe the deal is not dead and feel it hinges on whether FIFA would ratify him to play for Nuno Espirito Santo’s side.

Abraham featured for Chelsea’s Under-23 side in a Premier League 2 game against Derby in August and a player cannot play a competitive game for three clubs in a season.

If FIFA rule the game was competitive the deal is over, but if he is able to play it may change the situation. FIFA are yet to give clarity over the situation.

Football’s governing body said it had not been contacted about Abraham at the end of last week while Wolves were confident it would not be an issue before the weekend.

The Premier League and the Football Association have already given Wolves the green light.

Villa remain powerless if Chelsea opt to activate their recall option for Abraham before January 14.

Wolves, ninth in the Premier League, are looking for more firepower as they chase a Europa League spot.

They have scored 23 goals in 21 Premier League games this season, with Raul Jimenez their top-scorer with seven while Ivan Cavaleiro, Ruben Neves and Matt Doherty have netted three each.