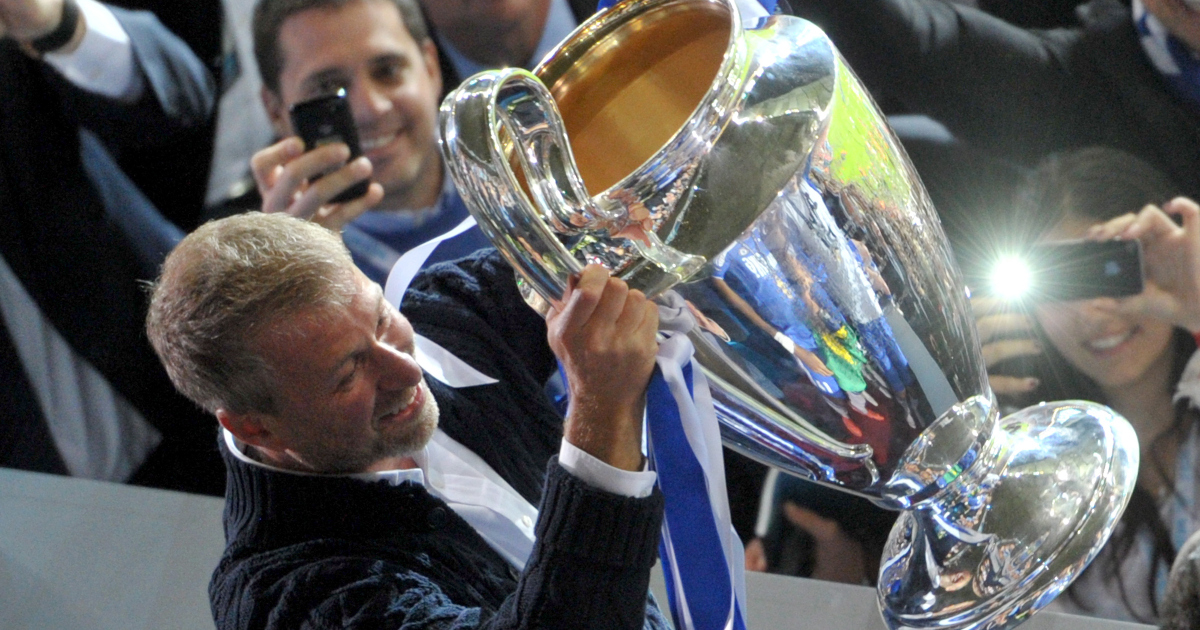 In the wake of Russia’s invasion of Ukraine, Roman Abramovich was named by MPs on Tuesday as one of 35 oligarchs identified by Russian opposition leader Alexei Navalny as a ‘key enabler’ of the ‘kleptocracy’ run by president Vladimir Putin. After Abramovich escaped the first round of sanctions by the British government, who aim to disrupt from afar through squeezing Putin’s allies based in London, Labour MP Chris Bryant shared a leaked Home Office document from 2019 in the Commons.

It stated that in 2019 Abramovich was ‘of interest to the government due to his links to the Russian state and his public association with corrupt activity and practices,’ with an example of illicit activities including ‘admitting in court proceedings that he paid for political influence’.

Bryant then said: “Surely Mr Abramovich should no longer be able to own a football club in this country? Surely we should be looking at seizing some of his assets including his £152million home?”

The most recognisable face in ‘Londongrad’ has sunk billions into Chelsea while, as the government asserts and Abramovich himself denies, financing a regime on course for war. Despite being named as part of ‘Navalny’s list’, Abramovich’s assets in England – his home, his football club – are as yet untouched. But that will likely change as the government looks to turn up the heat on Putin by widening the sanction net should he not withdraw his troops.

It could spell the end of Abramovich’s relationship with Chelsea. But if he does remain, it would be nice to know, as a Chelsea fan such as myself, whether we are then supporting a club with an owner who subsidised a war, knowingly or otherwise.

He’s a man reported to have donated more money to charity – over $4 billion – than any other living Russian, building schools and hospitals in Russia; donating vast sums to Jewish causes all over Europe; bringing Jewish and Arab children together for football coaching sessions in Israel; and paying for NHS staff to stay in hotels through the Covid-19 pandemic.

It’s a back catalogue of good deeds that paints a picture of a kind-hearted philanthropist. But there’s a shadow of dark allegations that will forever shroud the canvas.

Leaks in 2020, dubbed the FinCEN files, which detailed allegations of dirty money flowing freely around the world, revealed Abramovich to be the the biggest single donor over the past 15 years to Elad, a highly controversial Israeli settler group accused of displacing Palestinian families from Jerusalem.

Like a vaccine rollout-toting government minister, an Abramovich spokesperson responded to the leaks without clarifying the $100m given directly to Elad, saying: “Mr Abramovich is a committed and generous supporter of Israeli and Jewish civil society, and over the past 20 years he has donated over five hundred million dollars to support healthcare, science, education and Jewish communities in Israel and around the world.”

Abramovich’s silence is deafening. The Chelsea owner rarely speaks out; when he does, it’s the sort of fish-in-a-barrel statement that can lead to nothing but clapping hand emojis. He was “appalled” by the racist abuse aimed as Reece James on social media, for example.

He made no comment as Chelsea signed up for Project Big Picture. He has given no personal explanation to or defence of allegations of corruption, instead denying links to the Kremlin that the 2019 Home Office document confirms. And his latest refusal to speak out and deplore the actions of Putin adds more weight to the cynical view that any noble act is mere softener to his continued sportwashing.

It’s at this point that many Chelsea fans will propose a game of moral reprehensibility Top Trumps, in an attempt to ameliorate the alleged sins of their financier through identifying the wrongdoings of other Premier League owners. But it’s not about that. Nor is this a suggestion that Chelsea fans should stop supporting the club should Abramovich’s purported sins be laid bare. I would grapple with that decision myself. It’s my club, after all.

It’s the not knowing that’s the problem. Because while Abramovich stays silent we are left to draw two conclusions: either he’s in favour of Putin’s invasion of Ukraine, or he’s too worried about how his opposition to it would affect his finances. Both are deplorable.