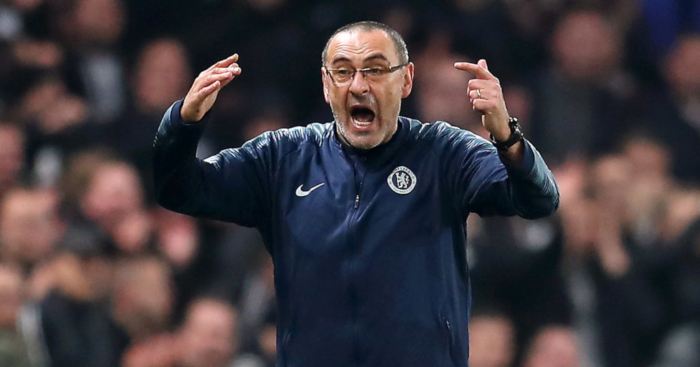 Roman Abramovich will bring to an end Maurizio Sarri’s time at Chelsea after the Europa League final, according to reports.

The Blues face Arsenal in the Europa League final later in May after overcoming Frankfurt in the semi-finals on penalties.

Reports claimed earlier this month Sarri stunned Chelsea’s hierarchy by deciding not to start Eden Hazard in the first leg of the match against the Germans.

Sarri has led his side to a third-placed finish in the Premier League – despite being 26 points behind champions Manchester City – the League Cup final and they could still win silverware in Europe.

However, Gazzetta dello Sport claims that Abramovich is ready to sack Sarri with two years left on the 60-year-old’s contract.

The report in Italy adds that the decision to sack Sarri is over his poor relationship with the club’s supporters and not the team’s performances on the pitch.

Following their 2-0 loss to Manchester United in February, Chelsea fans were heard joining in as United supporters sang “you’re getting sacked in the morning”, sarcastically applauded predictable substitutions and shouted “f**k Sarri-ball”.