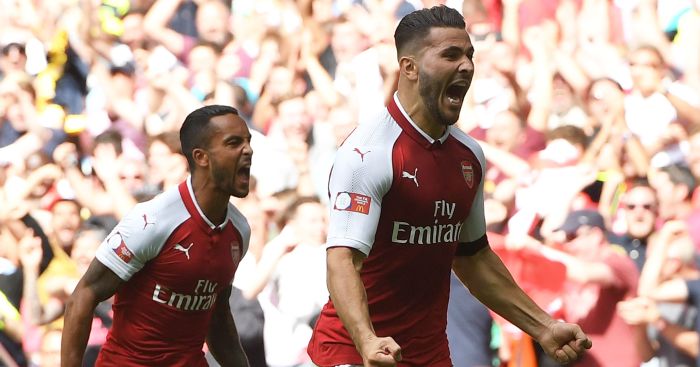 Arsenal new boy Sead Kolasinac will thrive in the Premier League, according to team-mate Theo Walcott.

The Bosnian international joined the Gunners from Bundesliga side Schalke on a free transfer in the summer and has already made an impact since his arrival.

Kolasinac replaced the injured Per Mertesacker against Chelsea on Sunday and headed the equaliser as the Gunners won the Community Shield on penalties.

And Walcott is backing his new team-mate to hit the ground running in the Premier League as he possesses all of the right attributes to be a success.

“Sead looks an absolute tank,” Walcott said. “He’s one tough unit to get past and I’m sure his physical attributes are going to be key to us this season.

“Honestly, he is an absolute animal. He’s incredible. I see him in the gym every day; you can just tell he looks after himself well, he eats the right food and he’s professional.

“You can see the power he’s got when he’s got the ball, his pace and everything. It’s beautiful to watch and he’s a great addition to the squad.

“Trust me, he’s not easy to get around – he’s quite wide as well. He fits perfectly for the Premier League, he’s absolutely perfect. He’s going to show something different. I’ve seen glimpses of him in pre-season and he’s going to get fitter, stronger and quicker.

“This league is the best and I think he could be one of the best in the league.”