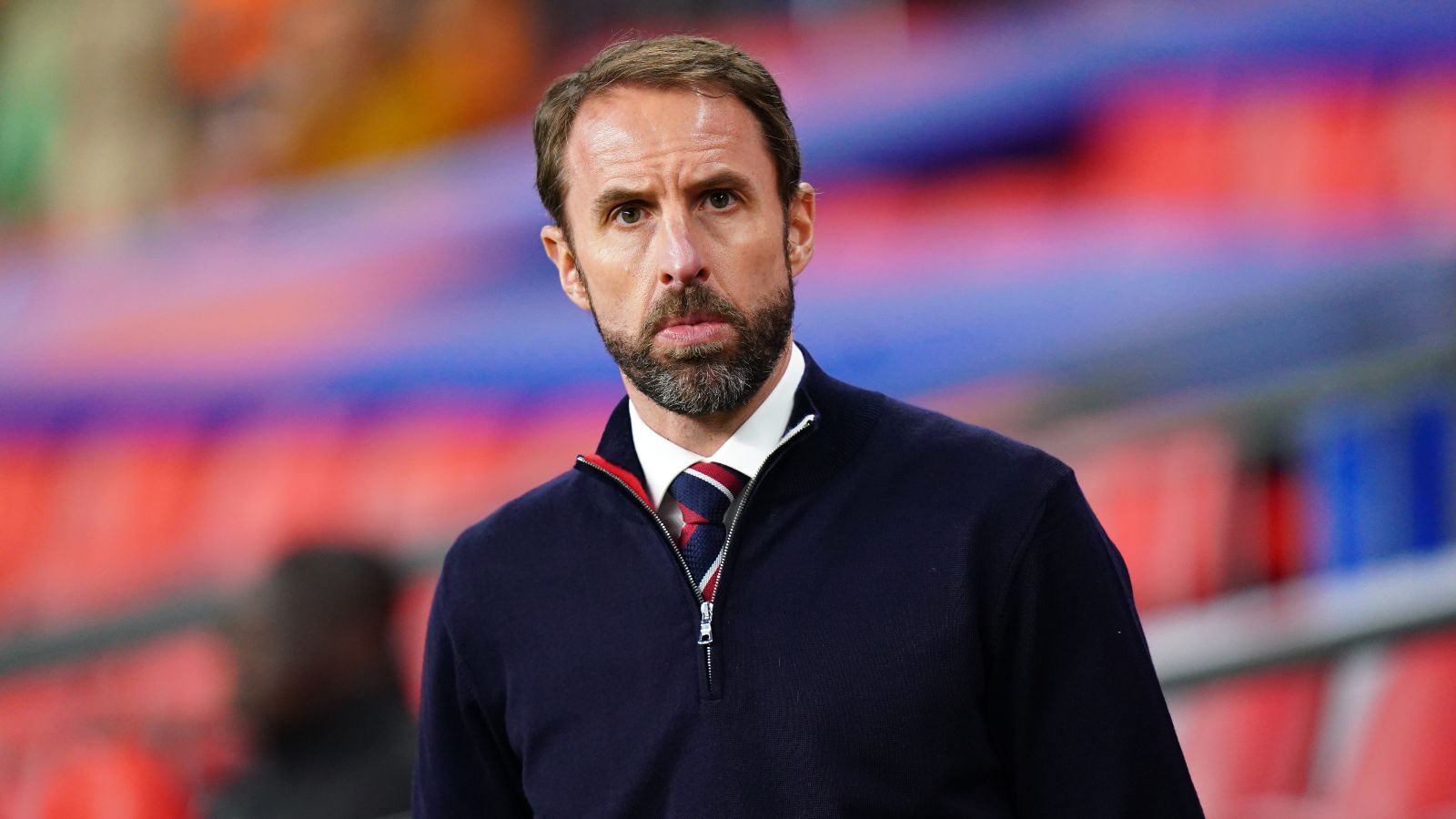 Gareth Southgate thinks it is “an absolute joke” that Harry Maguire was booed by a section of England’s fans before their game versus the Ivory Coast.

The Three Lions hosted the Ivory Coast at Wembley on Tuesday night.

England cruised to victory as Ollie Watkins and Raheem Sterling scored before the interval.

In between these two goals, former Tottenham full-back Serge Aurier was sent off after being shown his second booking.

Southgate’s side were in control and the hosts won 3-0 as Tyrone Mings added their third before the final whistle.

Last Saturday, England beat Switzerland 2-1. Southgate made ten changes from this victory and Maguire was among the players to come in.

The Man Utd defender has struggled for his club this season and he was booed by some supporters before the friendly.

Southgate did not understand these jeers as Maguire has been “absolutely phenomenal” for England:

“I thought the reception was a joke, an absolute joke. The way he has performed for us has been absolutely phenomenal. I don’t get it. We’re either all in this together or we’re not,” Southgate said (quotes via BBC Sport).

“He’s in an England shirt and not only should you support a player in an England shirt regardless, but when you’ve played at the level he has for us and put the performances in he has, it should be total commitment behind him. I don’t get it at all.

“His performance was pretty faultless really. He stepped out from the back really well for his first goal, was involved in the second one too. So, yeah. The team are totally united. We recognise everyone has difficult moments but he’s a top player and he will come through it.

“They are real England fans and some are influenced by whatever – social media or players that played previously who are influencing opinion. The club situation is obviously very difficult but he’s in an England shirt. A remember decades ago a few players being booed in an England shirt and it’s never been acceptable to me. Fans should always get behind their team.”

Southgate went onto praise several players for their performances against the Ivory Coast:

“I thought the mentality at the start was really good. Of course the red card changes the game which was a shame in terms of the test we wanted,” Southgate continued.

“I thought Jack Grealish and Raheem Sterling were very bright on the wings. They weren’t happy to be coming off! But they have so much football coming up.

“Jude Bellingham had a really good game. I was very pleased to see him. Tyrick Mitchell has dipped his toes into international football and done really well.

“We have good players who work hard for the team. Jack Grealish was chasing back and sliding in to block shots. The demands at his club means he has to do both sides of the game. Without a doubt we have seen that change. He is a lot fitter now too.

“It was brilliant for Ollie Watkins to get his goal. It was good movement in the box. What you know with Ollie is that he is going to press people and work defenders. It gives us a different profile to Harry Kane. He will be pleased on his week’s work.”