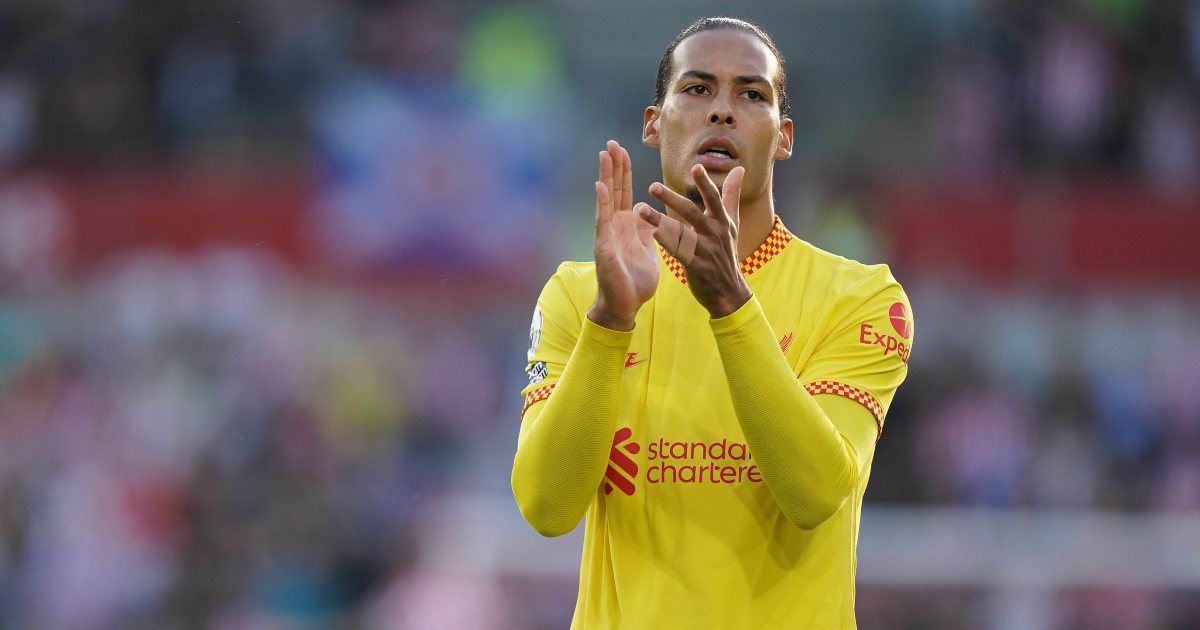 Hit the flaw
‘IT’S THE TOP FLAW’ read the headline in The Sun on Monday as they desperately tried to draw attention away from Liverpool being actually top of the Premier League by pretending that ‘strange things are beginning to happen in the top four’ despite the top four literally being the top four and despite the top four dropping fewer points at this stage of the season than in either of the last two campaigns.

But now they have noticed that ‘four’ sounds a bit like ‘flaw’, there is no stopping them, especially if it means another kicking for Liverpool.

We are then told that ‘JURGEN KLOPP has demanded Liverpool sort out their leaky defence against Porto tonight’.

“I don’t think you should make these things bigger than they are.”

Man with a Van view
Still, at least The Sun aren’t suggesting that Virgil van Dijk is playing so badly that he should be dropped by Liverpool.

They leave that to Stan Collymore in the Daily Mirror, who has clearly not quite got over the Dutchman being really rather good despite claiming his £75m fee was “absolute madness” in December 2017.

Now – after one game against Brentford in which he struggled – Liverpool should definitely just drop him.

‘After watching Virgil van Dijk against Brentford, I wondered if it’s time to pull him out of the Liverpool team for three or four games.

‘In one-on-ones, he was his usual self, but when the Bees put in crosses there were times he was reactive not proactive, which caused both he and his team some problems.

‘Big, hulking frames such as his take some moving around, especially after such a bad injury, the rehabilitation that follows and then a start to the season like Liverpool have had.’

First, he might want to watch how Liverpool fared against AC Milan without Van Dijk’s ‘big, hulking frame’ and second, what the actual f*** does ‘a start to the season like Liverpool have had’ mean?

They are unbeaten. They are top of the Premier League.

Trolling Stones
It’s a tad disingenuous to claim that John Stones ‘even missed out to young pair Finley Burns and Luke Mbete against Wycombe in the League Cup’ (The Sun) when he was actually injured.

More fuel you
Obviously The Sun online is making no such mistake as putting football at the head of their football coverage.

This – on the day that Manchester City play PSG – is the biggest story in football:

Yep. Man (who used to play football) has put petrol in his car. The lucky sod.

Go compare
Comedy Cockney Paul Jiggins is here to cleverly point out that ‘Nuno, with nine points, has already amassed one more point than Poch did from his opening six top-flight matches at Spurs’.

What he does not point out is that the sixth game of those opening six top-flight matches for Pochettino was also an away trip to the Emirates. We seem to remember that a 1-1 away draw against an unbeaten Arsenal side was received a little more kindly than a 3-1 thrashing to an Arsenal team that started the day below them in the table.

A proper Charlie
But as usual, our real Jiggins amusement is saved for his Harry Kane content, because we will never forget that he wrote that ‘Kane’s departure is now inevitable’ inside the pages of this Sun exclusive we will also never forget.

Now Jiggins tells us – over two months since Daniel Levy ‘caved’ – that ‘Levy refused to sell Kane…for less than £160million’.

Exactly. It’s almost like they should have checked with Manchester City before claiming that Kane was off to a club that was never going to pay that price, just because Charlie Kane told their showbiz reporter at a wedding. We did say.

Said and Dunn
In the Daily Mirror, Matthew Dunn helpfully provides ‘five ways in which Nuno can help Kane and turn it around’.

When the first is ‘replace Christian Eriksen’ – which cannot be done until January at the earliest – you know that a) it was a terrible idea and b) poor Nuno is f***ed.

More fuel you
Obviously The Sun online is making no such mistake as putting football at the head of their football coverage.

This – on the day that Manchester City play PSG – is the biggest story in football:

Yep. Man (who used to play football) has put petrol in his car. The lucky sod.

When Harry met Stanley
On the opposite page, Stan Collymore argues that Tottenham should sell Harry Kane in January because ‘his eyes have glazed over’ – the ‘situation is not helping anyone at Tottenham and certainly not manager Nuno Espirito Santo’. So he believes that Santo should ask Daniel Levy to sell Kane in January.

Whether Santo is actually in charge in January is a question that seems to have escaped Collymore, who appears to think that the manager’s position is strong enough to start making demands of his chairman.

‘But, whatever the coming weeks hold, he is already in a position to say, ‘Daniel, you employed me to do a job here, but how can I do a job when the main man is not looking good, that’s starting to impact on the other players?

‘‘What if we get £100million, £105m for Harry? Let me look at the options to be able to buy a Raul Jimenez, for example, let’s freshen things up in two or three positions, which we could do with that sort of money’.’

So much to unpick here.

Why the hell would Manchester City spend over £100m on a striker who is not scoring Premier League goals? Are they to believe that Kane will magically become brilliant again? Apparently so, as Collymore confidently claims that ‘he could go there and in six months get 15 to 18 goals, a Premier League winners’ or Champions League winners’ medal and be happy’. Isn’t it nice when stories have a happy ending?

He even says he ‘feels a bit for Kane because he has been left in the middle by the two clubs and it’s not easy to just pull your finger out, as some people will be telling him’. Left in the middle by the two clubs? Tottenham set a price and Manchester City did not match it; it happens all the bloody time. And the reward is not usually that the price is then dropped and the buying club still agrees to purchase a player who has been playing fairly rancid football.