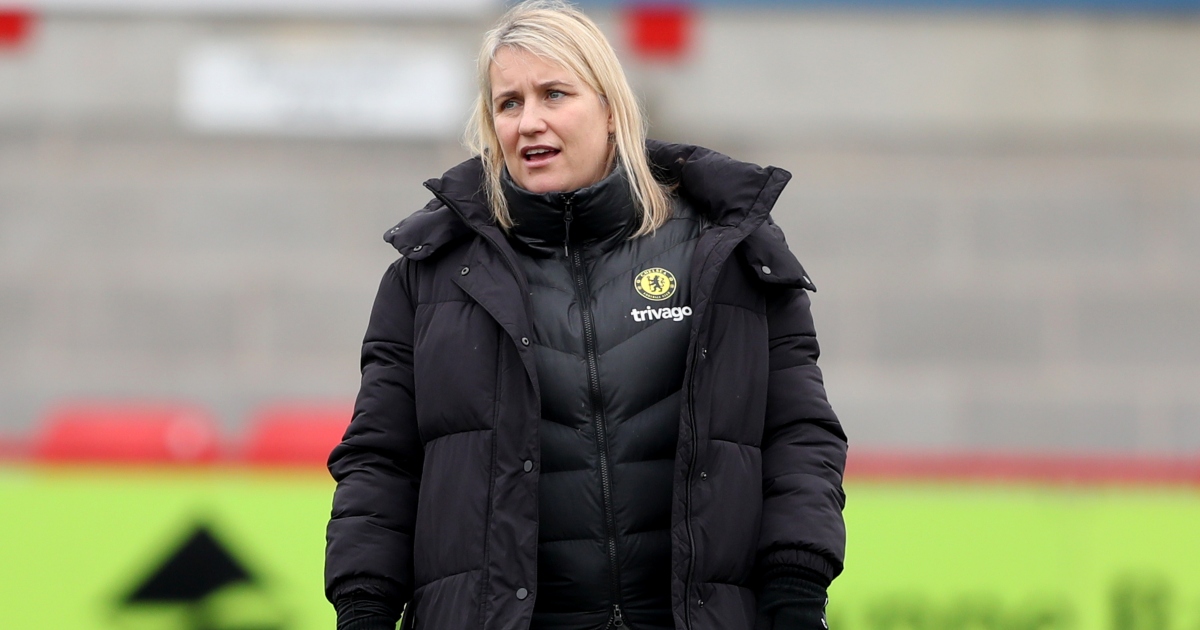 Chelsea boss Emma Hayes has reiterated her view that it is “absolutely imperative” there is parity with regard to FA Cup prize money.

The prize money for winning the women’s competition this season is £25,000, only a little more than what teams get for victories in the first round of the men’s (£22,629).

Hayes was quoted after her side’s 3-1 fourth-round win at Aston Villa on January 29 as saying that was “despicable” and that “gaining some sort of parity in this competition is the single biggest emphasis at this moment in time.”

The day before the Football Association had announced there will be a “significant” increase in prize money for the women’s competition from next season, with more details “to be announced in due course”.

Speaking at her pre-match press conference prior to Saturday’s tie against Leicester at Kingsmeadow, Hayes said: “I’ve made no secret that there needs to be parity with prize money in the FA Cup for the main reason that we have to create the trickle down effect for everybody else in the football pyramid to be able to prosper. That for me is absolutely imperative.

“I don’t know what the improvements are in terms of the FA, and I think it’s important they declare that, to know that we are moving in the right direction.

'I'm really looking forward to getting back to the FA Cup!' 👊

“But I’m sure those in charge at the FA – I know this from conversations with Kelly Simmons (the FA’s director of the women’s professional game) – they really want to push to try to improve that and I think it’s just probably the layers they have to go through to try to change that level of funding or prize money.”

Defending champions Chelsea take on a Leicester side who won 3-1 after extra-time at Tottenham in round four and have subsequently recorded back-to-back victories over Birmingham and West Ham in the Women’s Super League.

Hayes said: “I do not underestimate them. I think their form is the best it’s been, I think they come here in a confident place.

“I know where their threats are but we have a plan, of how we’re going to go about breaking them down.”

Promoted Leicester had lost all eight of their league games in the campaign to that point when boss Jonathan Morgan was sacked in November – under his successor Lydia Bedford, they have won four out of seven and risen to 10th in the table.

Asked at her pre-match press conference how important the FA Cup was for Leicester this term, Bedford said: “It’s not a focus is probably the best way of putting it, it hasn’t been all season.

“We have a bit of history in this competition as a club and the last couple of seasons Leicester have managed to get through to the quarter-finals, so it would be great if we were able to progress. But the out-and-out focus has to remain the league, and therefore this is a bit of a free hit this weekend.

“I think the girls are looking forward to this weekend, they enjoyed the experience of beating Tottenham in the last round, that’s given them a bit of momentum and they’re up for this weekend.”

Bedford also revealed forward Jess Sigsworth will miss the rest of the season after suffering an anterior cruciate ligament injury.