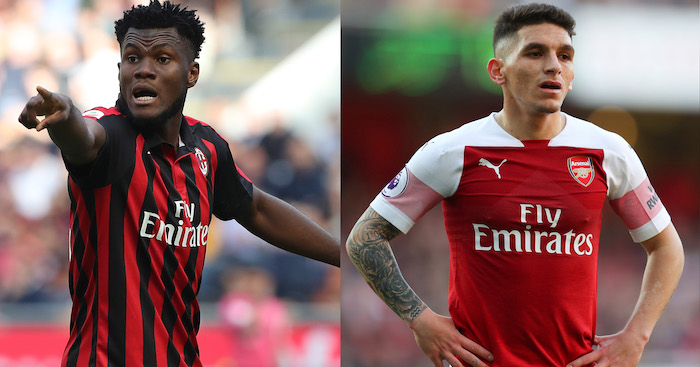 Arsenal midfielder Lucas Torreira could move to AC Milan in a swap deal, with the Serie A side ‘confident’ of getting a deal done.

Incoming Milan boss Marco Giampaolo coached Torreira at Sampdoria and has reportedly asked about the possibility of reuniting with the player at Milan.

Torreira gave the Italian giants hope earlier in the week when he strongly indicated his struggles to adapt to life in England earlier this week.

The Uruguay international joined the Gunners just one year ago for a fee of nearly €30m, and now il Corriere dello Sport reports that the London club are ready to demand €50m for the prized young midfielder.

However Milan have a plan, as the newspaper explains the Rossoneri no longer view Kessie as untouchable and value him €30m, meaning he could be offered as part of a deal for Torreira.

While Kessie was a key player under previous coach Gennaro Gattuso, it is thought the new leadership do not rate the Ivorian and are prepared to let him move on.

The 22-year-old scored seven goals in 34 league appearances for Milan last season as they were pipped at the post for Champions League football and has been linked with Tottenham.

Giampaolo sees Torreira as a ‘cornerstone’ of his project at the club, the report adds, with Milan ‘confident’ a cash-plus-Kessie deal will be enough to land the 22-year-old.