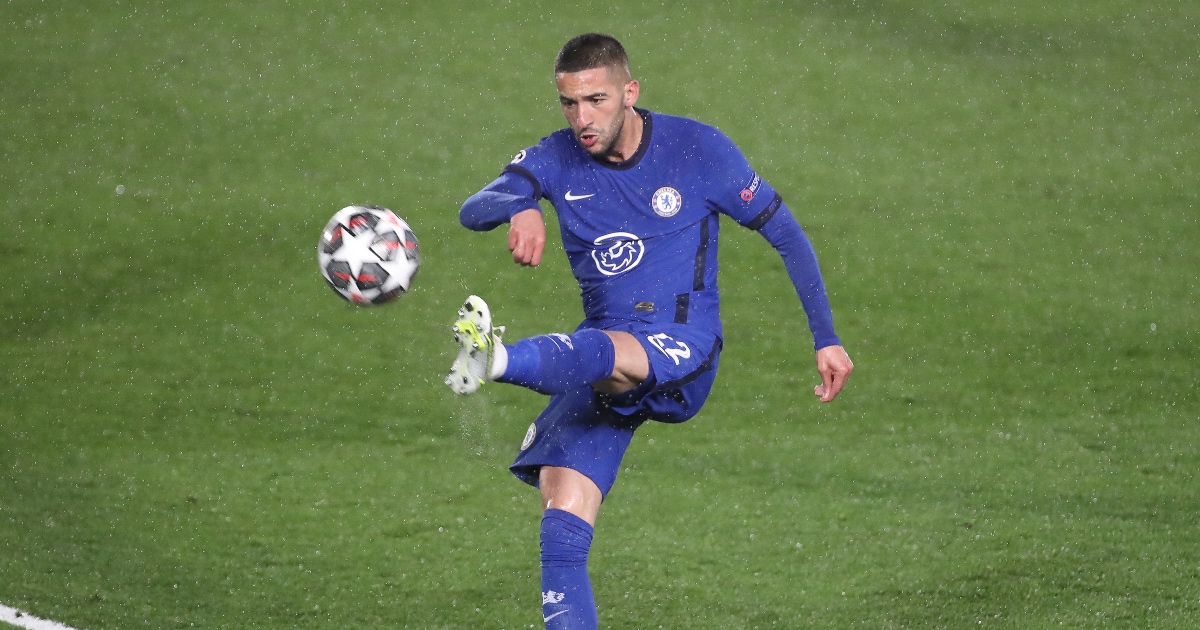 Italian giants AC Milan are increasing their attempts to sign Hakim Ziyech from Chelsea, according to a report.

Ziyech featured 39 times for the Blues last season after joining from Ajax for a £36million fee.

He scored twice during Chelsea’s route to the FA Cup final, including a semi-final winner against Manchester City, before their defeat to Leicester at Wembley.

But Ziyech’s season was affected by knee and hip injuries, as well as competition from talented team-mates.

The 28-year-old acted as an impact substitute towards the end of the Premier League campaign as Thomas Tuchel preferred to operate with either Mason Mount or Christian Pulisic on the right wing.

According to Italian outlet Calciomercato (via The Sun), Ziyech’s situation has led to interest from Italy.

Milan have ‘turned up the heat’ in their transfer pursuit and are hoping to sign him on loan this summer.

They’re in need of a new winger who can also play as a central attacking midfielder, but are being priced out of moves for Coutinho and Isco.

The report claims that Ziyech could spend more time on the bench next term, despite his obvious talent.

Both Mount and Pulisic continue to grow in terms of their importance to the side, while Tuchel can also use Kai Havertz and Timo Werner in attack.

Should Chelsea succeed in their pursuit of Erling Haaland then Werner may end up spending more time in Ziyech’s position.

A deal for Ziyech is dependent on Chelsea’s willingness to let him leave Stamford Bridge.

They paid a substantial fee for his services just one year ago and may want to keep him around the first team as a result.

However, the club might be tempted into a transfer due to their strong relationship with Milan.

They recently allowed striker Olivier Giroud to move to the San Siro for just €2m.

Giroud popped up with some vital goals last term, including in the Champions League and Prem, but will now play a more important role in Serie A.

Ziyech could soon follow in his footsteps if Milan launch a bid.