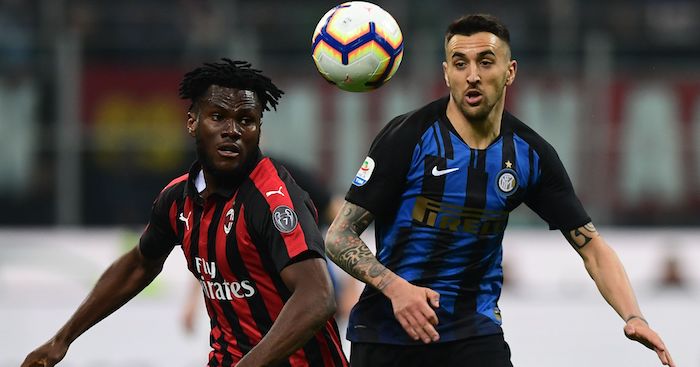 AC Milan’s Franck Kessie is holding out for a move to the Premier League amid links with Arsenal and Spurs, reports in Italy claim.

Both north London sides have been linked with a move for the midfielder in recent months, who faces an uncertain future at San Siro due to a change in coaches.

Milan are reportedly desperate to bring Gunners’ stat Lucas Torreira back to Serie A this summer, with reports in Italy claiming that they have offered Kessie in a straight swap deal.

While Kessie was a key player under previous coach Gennaro Gattuso, it is thought the new leadership do not rate the Ivorian and are prepared to let him move on.

According to the latest update from Nicolo Schira of La Gazzetta dello Sport, Milan value Kessie at €35-40million and have received offers from China.

However, the former Atalanta man has his heart set on a move to the Premier League and will ‘not accept either proposal’ from China.

No English sides have made contact yet, the report claims, but it is possible that the north London duo could rekindle their interest and strike a bargain deal given the player’s willingness to move.