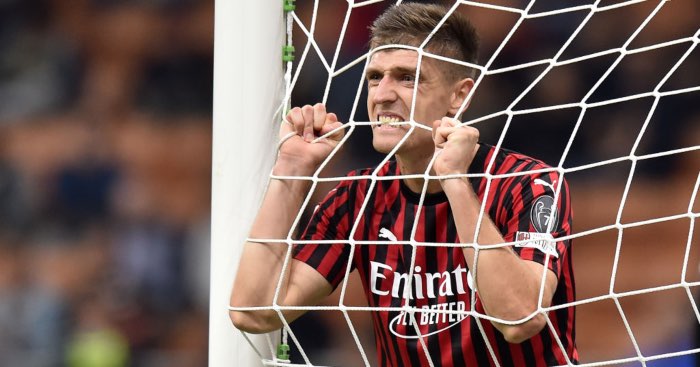 Serie A giants AC Milan reportedly ‘know’ of Tottenham’s interest in Krzysztof Piatek but are ‘awaiting a written offer’.

The 24-year-old has been heavily linked with Spurs this month as Jose Mourinho seeks a solution to the club’s striker crisis.

Reports in Italy suggest that the North London side have not submitted an offer in writing.

Gazetta dello Sport claim that while the Rossoneri are still ‘waiting for a written offer from Tottenham’, they ‘know’ of the club’s interest.

Milan have put a €30m price tag on their prized asset with just a few days of the winter transfer window remaining before Friday’s deadline.

Spurs have been without first-choice striker Harry Kane since the start of the new year, and the England captain is set to be sidelined for around four months as he recovers from a thigh injury.

Mourinho’s side have only scored twice in the Premier League since the beginning of January.