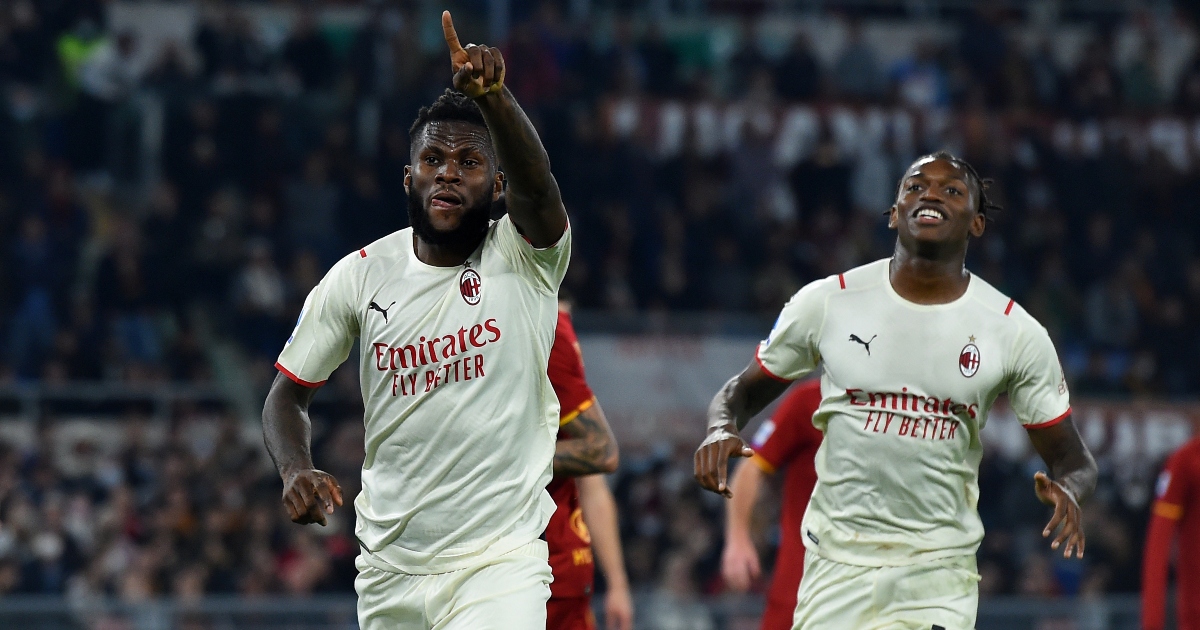 AC Milan should pay ‘attention to Tottenham’ as new head coach Antonio Conte tried to sign Franck Kessie during his time as Inter Milan boss, according to reports.

Spurs confirmed the appointment of Conte on Tuesday – a day after the sacking of Nuno Espirito Santo.

The Italian joins the north Londoners with a wealth of experience having managed Inter, Chelsea, and Italy.

If anyone can cure Spursiness, it is Antonio Conte

He brought the Nerazzurri their first Serie A title in 11 years last term before leaving the club in the summer.

Spurs tried to bring the 52-year-old in, but he did not accept their proposal as it was too soon for him after leaving Inter.

However, Daniel Levy eventually got his man. And with Conte joining, numerous players have been linked with a January move to the Tottenham Hotspur Stadium.

One player rumoured to be a target for the ex-Chelsea head coach is AC Milan midfielder Kessie, who is out of contract at the San Siro in 2022.

He has previously been linked with a move to Spurs, and Conte’s appointment has added fuel to the fire.

According to Calciomercato (via Sport Witness), the Serie A side must pay ‘attention to Tottenham’ since their new head coach wanted to sign Kessie for Inter.

They add that AC are at ‘risk of saying farewell’ to the player, who is not close to signing a new Rossoneri contract.

Sport Italia have also claimed that Kessie has already agreed a £160,000-a-week deal at Spurs.

Interest in the midfielder is thought to be high. Chelsea, Manchester United, Liverpool and Juventus are also reportedly eyeing a move for the 24-year-old.

Meanwhile, Fiorentina striker Dusan Vlahovic is another Serie A star linked with a move to the north Londoners.

Vlahovic was linked with Spurs as well as Manchester City in the summer and has scored 29 goals in his last 48 league appearances.

Fiorentina recently confirmed the 21-year-old striker will not be signing an extension to his contract, which expires in 2023, and will reportedly let him go for around £60million.