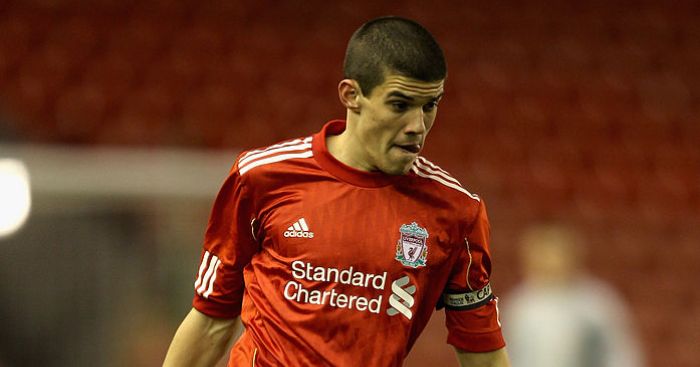 Which former academy players would clubs welcome back after rejecting? And which would they happily turn down again if given the chance? To qualify, players must have spent at least some time in the relevant club’s youth system, made no more than 15 first-team appearances for them and be at a current Premier League club…

Take back: Conor Coady
Perhaps it should come as no surprise that Jamie Carragher is infatuated by Conor Coady. He was captain on both occasions the Wolves centre-half played for Liverpool, first from the start against Anzhi Makhachkala in November 2012, then as a late substitute at Fulham in May of the following year. He was a young midfielder back then but has undergone a wonderful transformation. There would be questions over his suitability in a four-man defence but the Reds would undeniably welcome back a player they sold for £500,000 as a 21-year-old in 2014. Sources suggest he is even a boyhood Liverpool fan.

Turn down: Brad Smith
Liverpool are known to have buy-back clauses on at least three players. It is not beyond the realms of possibility that Rafa Camacho’s will be activated at some point but Jordon Ibe can probably stop sitting by the phone in anticipation. The same goes for Brad Smith, for whom Liverpool squeezed/conned £4.5m out of Bournemouth almost four years ago. After making 11 first-team appearances for the Reds, he has played 20 times for the Cherries, most recently in January 2018 when he was substituted at half-time of a draw against third-tier Wigan. Liverpool won’t be rescuing him from the perennial loan life any time soon, even when his contract expires this summer.

I love that Brad Smith is trending because so many people are going "Bournemouth bought… from Liverpool for £xM OMG MICHAEL EDWARDS IS A JENIUS" He is though, so it seems.

Take back: Declan Rice
Chelsea would take back the player they rejected at 14 with open arms. Declan Rice spent almost eight years at Cobham before the “massive shock” of being released. The Blues offered no reason, although the player himself suspects it was because a growth spurt left him “like Bambi on ice”. Chelsea’s youth revolution would certainly have room for one of their own cast-offs.

Turn down: Andy King
They would draw the line, mind. Andy King was nine when he joined Chelsea and 15 at the time of his departure, upon which he joined Leicester. And neither party would suggest that was the wrong decision. The midfielder was the only Fox to win League One, the Championship and the Premier League with the club, and is currently on loan at Huddersfield’s bench.

Take back: Dwight McNeil
There is hardly a box that Dwight McNeil doesn’t tick. He is 20, homegrown, has the experience of Europa League football, relegation battles and more than 50 Premier League games, and a forward with steadily impressive numbers in a less expansive team. He is an anomaly. And a damn good one at that.

Turn down: Danny Drinkwater
Having joined Manchester United at the time of their Treble win in 1999, Danny Drinkwater departed in January 2012 as a cultured midfielder whose first-team path was blocked, with Paul Scholes coming out of retirement that same month. In those 13 years, from the age of nine to 21, he made a single match-day squad; how he must cherish that memory of sitting on the bench against Hull in 2009 while watching Richard Eckersley, Rodrigo Possebon and Zoran Tosic be sent on instead. His current tour of Premier League clubs is unlikely to facilitate an Old Trafford encore.

Take back: Shane Duffy
There are no ill feelings between a young player who struggled to establish himself ahead of Phil Jagielka and Sylvain Distin before the younger John Stones was fast-tracked ahead of him, nor the club he says “gave me a pathway” and “a platform”. Shane Duffy made ten appearances for Everton after joining aged 16, and is more grateful for the opportunities he was granted than bitter about the ones he was not.

Turn down: Shkodran Mustafi
But while Everton need a new centre-half, Shkodran Mustafi won’t be returning to Goodison Park. Arsenal might have “tried to sell him almost every window since they signed him” but Carlo Ancelotti will be wise enough not to take that bait. While he “immediately felt well on Merseyside” upon joining in May 2009, Everton stomachs might turn at the thought of his return despite a noticeable recent improvement.

BATE Borisov only other victory against an English side was against Everton in 2009.

The one player who played for both Arsenal and Everton in these defeats?

Take back: Adam Smith
He is not Serge Aurier.

Turn down: Ryan Fredericks
Neither is he, but he does play for West Ham.